Mojtaba Hosseini, 30, was the leader of a fast growing house church movement in Iran until the authorities raided his church, arrested him, and sentenced him to three years in the notorious Evin Prison.

Like all Iranian Christians, Hosseini knew the risks involved with his underground activities, according to a report by Open Doors.

“Why didn’t I stop my work for the church after I was first arrested?” Hosseini asked. “I don’t really know. There was no logical explanation, but we felt that the Lord wanted us to continue. We knew this would mean we could get arrested at any moment.”

In prison, Hosseini learned to pick up his cross daily. “I Corinthians 1:29 says that ‘God did all this to keep anyone from bragging to Him,” he said. “It’s all about God, not about me.”

For most of his prison term, he was in a block with murderers, robbers and drug dealers. “I felt a deep fear inside of me,” he told a ministry partner with Open Doors. “And often, even though the Lord was close, I was sad about my situation. My hands were tied, my voice wouldn’t be heard by human beings.”

‘IT’S NOT ABOUT YOU’

When his circumstances appeared hopeless and desperate, he turned to God in prayer.

“I prayed; that was all I could do,” he said. “At first, they were prayers of repentance. I thought God was punishing me for my mistakes by putting me in prison.” That was the moment, he says, he realized he was “nothing.”

“Then the Lord spoke to me. He said: ‘Stop being selfish Mojtaba, it’s not about you; it’s about Me. Look around you.’” 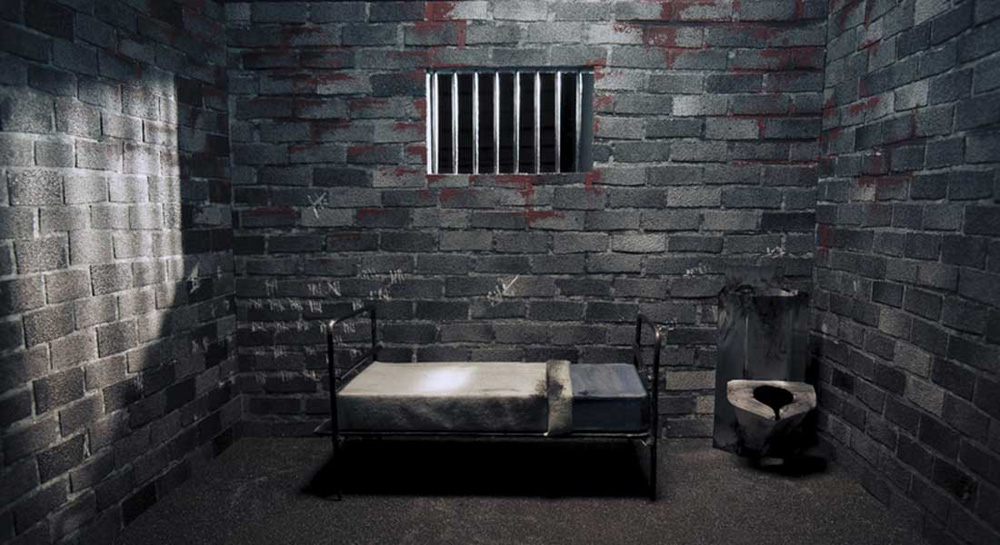 He began to look at the desperate people around him with a new set of eyes, as God sees them.

“I saw poor people, people who had committed the worst crimes. People that felt so alone.”

Suddenly, Hosseini felt prompted by the Holy Spirit to share God’s Word with the prisoners around him: “God spoke again to me, saying, ‘It is time that you share Me with them. They need Me.’”

Then Hosseini received a valuable insight from God: “It’s funny how God works sometimes. It would have been absolutely impossible for us to pass the big gates of prison to bring the gospel to those who needed him so badly inside. But God just placed me and other Christians inside the prison, among them to shine His light.”

AN UNLIKELY SOURCE IN AN IRANIAN PRISON

Tentatively at first, the church leader began to share his testimony and the gospel with the other prisoners. Some received Jesus and were born again; others were happy to receive prayer, even if they continued to have doubts.

Hosseini did not have a Bible with him in prison and boldly began to request one from the guards.

“I didn’t get one,” he told Open Doors. “None of the Christians did.”

But God heard his prayer and provided Scripture through one of the most unlikely sources. Shockingly, the prison imam, who came every day to pray with the Muslim inmates, offered to help!

“He was impressed by our commitment to our God,” Hosseini said. Just as God used Pharaoh and other unbelievers in the Bible, God softened the imam’s heart and used him as His instrument to bring the truth.

“I think it was God who filled his heart with kindness for us.”

Getting an actual Bible into Evin Prison was impossible, but the imam came up with a creative idea.

Daringly, he brought in printouts of the Bible disguised as English lessons. One of Hosseini’s friends in the cellblock was good at English and translated the Bible passages into Farsi. Then Hosseini copied the Scripture and gave them to the prisoners who requested them—to those who had begun to follow Jesus as well as those who had questions.

A buzz spread among the prisoners that Bible verses were being passed around.

“We even got requests from other wards,” he told Open Doors. “People were asking us for more. And the best thing was that prisoners were giving their lives to the Jesus of the Bible.”

‘GOD PLACED ME AMONG THE PRISONERS’

After three years in prison, Hosseini was released and managed to flee to another country, where he lives today.

“I never prayed for God to release me from prison,” Hosseini said. “I can serve God anywhere, inside or outside of prison. It doesn’t matter what situation I’m in. I can work in God’s Kingdom wherever He places me.

“And at that time God placed me among the prisoners.”

He asks believers around the world to pray for his country and especially for those who are imprisoned for their faith.

Currently, an estimated 21 Christians are incarcerated in Iran for their faith with an estimated 14 awaiting verdicts on their conviction appeals, according to Open Doors.

“My prayer for all Iranians is that they hear the good message of Christ,” he said. “And for the Christians who are under pressure, I hope and pray they can experience the big contrast I felt. They might not be in a good situation, but I pray they feel an inner peace and joy because they know Jesus.”

For more information about Open Doors work in Iran and how to pray, go here