He was raised in the church with a surface knowledge of God, but did not have a personal relationship with Jesus Christ.

“At nine years old a close male relative and two male friends sexually abused me,” says Ronald McCray, now 31. With a knife pointing in his direction, he was forced to participate. “My innocence was taken from me,” he says.

Ronald’s father was absent from the home at times due to an addiction to drugs and alcohol.

“I guess I began to feel I wasn’t worthy of his love. Any child wants to feel affirmed and loved by their father. A mom can do her best but she can’t be a father,” he says.

As a result of the trauma in his home, he isolated himself and became cold and distant toward others.

While mom was around, they didn’t have the closest relationship. “There were certain things we didn’t talk about,” Ronald notes. Later, Ronald was able to reconcile with both parents and develop a closer relationship.

In grade school and middle school he first noticed a sexual attraction toward other boys, but suppressed the feelings.

At 15 he met a young man on social media and decided to give in to his same-sex attraction. “He was my first boyfriend. It was interesting because I knew it was wrong, but it felt so right,” he recounts.

He continued to meet men online. One homosexual man claimed to be a Christian believer. “He came across as kind and gentle, but he raped me.”

The forcible sex had an unlikely outcome. “You will probably think that should have turned me away from men. Instead, it unlocked promiscuity in me. I began meeting other men on line. I wanted to be loved. I was seeking fulfillment, to fill the void. I thought giving my body away would buy me love.”

Ronald battled depression and suicidal thoughts as he went from one relationship to another. “No matter who or what I did, something was missing,” he says.

In 2004 his mother confronted him with her suspicions about a young man he was bringing to the house. “You are around this guy a lot…are you gay?” she asked.

Ronald took a deep breath and confessed his secret, but he wasn’t prepared for her reaction. She immediately assumed he was HIV positive and posed a risk to the family by sharing meals with them.

“Some of my family and friends turned their backs on me after I told them,” he says. As a result, Ronald embraced the gay lifestyle and found a new family of sorts in the LGBT community. “I wore tight fitting clothing. It was a statement I made about how I carried myself. I lived the life, going to the parties and clubs, going to Gay Pride events.”

“I continued in my same patterns of brokenness, pursuing love in all the wrong places,” he 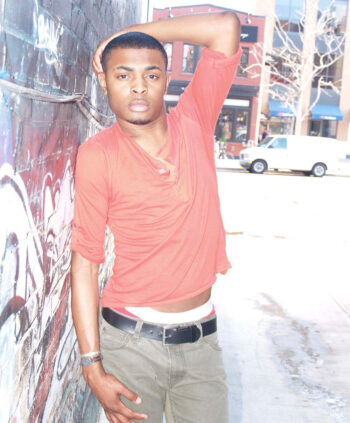 At 21 he shared an apartment with a young man who attended church frequently and invited Ronald to attend. Ronald was apprehensive, but finally gave in.

Something remarkable happened at that church. “The experience was the opposite of what I expected. They loved on me. They saw me as a human being.”

The experience opened the door for Ronald to go back to the church where he was raised. Again, he was shocked by the friendly reception.

“My church family was very loving and embraced me. It helped to melt away some of the ice around my heart.”

He thought homosexuality was the cardinal sin of the African American church. “They can be hard on men in that lifestyle. But the members loved me and changed my perception.”

God continued to pursue Ronald. One day at the shoe store in Arlington, Virginia where he worked, he talked to a female co-worker. “We had grown up in the same church and she was backslidden, but ministered to me.”

“Don’t look to me as an example,” she told him, “but Jesus loves you and can transform you.”

“It’s amazing because from that point forward, God would send different people my way to remind me of his love.”

One day in Waldorf, Maryland he ran into a young woman who attended his church. “I was flaming; it was so obvious I was gay. She ran up to me and put her arm around my waist. She told me how much God loved me.”

A spiritual battle was waging within Ronald’s heart. One night at a gay nightclub he was surprised when he heard the voice of God for the first time.

I have so much more for you, God impressed on his heart.

As he drove home from the club in the early morning hours, he looked out the window and felt the same message repeated: I have so much more for you.

Ronald began having dreams and visions about the return of Jesus Christ. He concluded that Jesus wanted him to be part of His family when He returns.

A couple weeks later, Ronald had a dramatic incident outside his home, on his way to a gay nightclub. “Four gunmen ran up and forced us on the ground. The guy put a gun on the back of my head and said, ‘This is about to be a homicide.’”

Silently, Ronald pleaded with God for his life. He saw himself at the feet of Jesus.

I know I could go to hell, but please give me another opportunity…

He was startled when suddenly one of his friends cried out, “Run Ron, run they’re gone!”

Dazed and confused, filled with astonishment, Ronald wondered if he was still alive.

One year later, October 18th, 2009, he surrendered his life to Jesus Christ in his church.

“I just made up my mind I was tired of living my life for myself. I knew God wanted me and loved me and there was more for me. I finally understood my need for Jesus as a Savior. I never heard people can be delivered from homosexuality. I came to a point I was ready to surrender. His love led me to repentance.”

At the moment he was born again and filled with the Spirit, God delivered him from his bondage to homosexuality. His deliverance did not mean he was “cured” of same-sex attraction, Ronald is quick to point out.

“The way I understand deliverance is that we are not void of temptation. Jesus was tempted. We will be tempted, but the Lord will make a way of escape. I have been delivered from the practice of sin. Through the power of the Holy Spirit I can now turn away.”

Ronald has not reverted to the practice of the homosexual lifestyle in the last nine years, but he is honest about the struggle.

“To this day I acknowledge there are still attractions to men. Initially I had a strong desire to return to my urges. To deny my flesh was a huge struggle. I was depriving myself of something I was used to indulging. I asked God to reveal the roots of why I was attracted to men.”

When he was part of the gay lifestyle, Ronald acted and dressed very effeminate, but was attracted to masculine men. “God helped me to not be envious and to love who he created me to be. It helped me not to lust after men who looked different from me.”

Slowly, God began to restore his attraction to females. He met a woman at church, Fetima, who was coming out of the lesbian lifestyle. At first, he couldn’t imagine being with a woman. “I thought no woman would want to be with me,” he recounts.

They became friends and began to talk throughout the day using Google chat.

He told Fetima the details of his past and she shared about her rape and molestation. They empathized and encouraged each other in their growing faith.

In 2015 they married. “Prior to marriage I was very concerned because I had never been with a woman sexually. I wanted the relationship to bring glory to God. We wanted to be careful with how we were affectionate.

“I had all these concerns, but after we got married, none of those fears became a reality. I really understood what it is to become one flesh. I didn’t have guilt or shame…it felt holy and right. I am fulfilled and my wife is fulfilled.”

Ronald and Fetima are part of the documentary film, Here is my Heart, which features the testimonies of 12 individuals who have come out of the LGBT lifestyle. 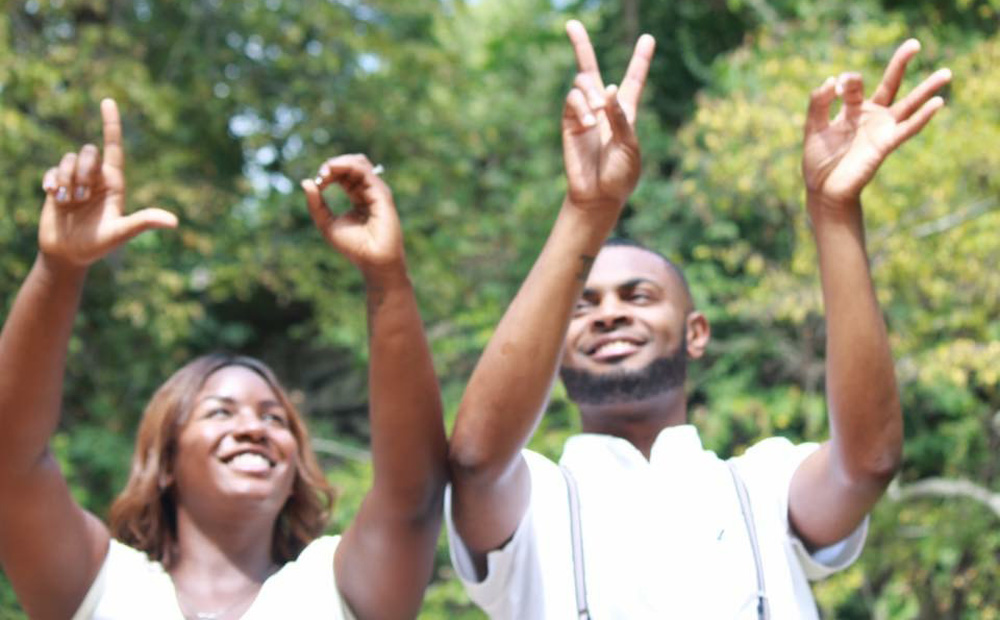 “We have become a family,” Ronald notes. “We call ourselves the freedom family. Meeting these individuals has helped me because they get it and they are on the same path and we can help each other as individuals.

“It is my ministry in part. I am called as a minister of the Gospel to reach all people.”