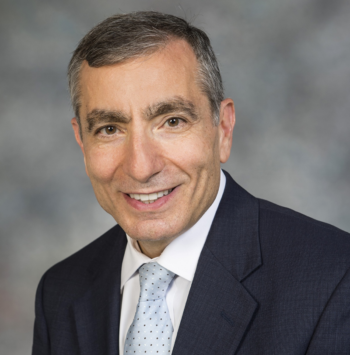 James Tour obtained his PhD in organic chemistry, did post doctorate work at Stanford, was voted one of the 50 most influential minds in world, is a visiting scholar at Harvard University, has 650 published scholarly articles, has 120 patents and seven companies with products from everything from medicine to material science, electronics and computer memory.

“But more than that, what means the most to me is that I am a Jew who believes that Jesus is the Messiah,” Dr. Tour says on a One For Israel video.

He grew up outside New York City in a neighborhood so Jewish that he didn’t know there was anything else.

He wasn’t interested in religion. “Once I tried to talk to a rabbi. He just brushed me off. There was very little explanation for me.” 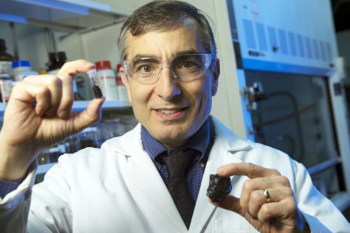 In college he began to meet people who called themselves born-again Christians.

“That was a kind of an odd term,” he remembers thinking. “What’s ‘born-again?’ What do you mean ‘born-again?'”

It began to make sense when, in a laundromat, a man asked to show him an illustration, something of a chasm separating man from God. He labeled the chasm “sin.”

Dr. Tour recoiled somewhat. “I looked at him and said, ‘I’m not a sinner. I’ve never killed anyone. I’ve never robbed a bank. How could I be a sinner?'”

The man encouraged him to read Romans 3:23: For all have sinned and fall short of the glory of God. 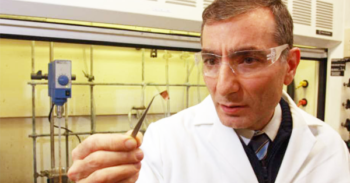 Modern Judaism never talks about sin, Dr. Tour says. “I don’t remember ever talking about sin in my home.”

Then the man led Dr. Tour to the passage where Jesus warns that whoever lusts after a woman has already committed adultery in his heart.

Secretly, he’d been looking at pornography in magazines — enough to call himself an “addict.”

“All of a sudden, something that’s written in the Bible, somebody who lived 2,000 years ago was calling me out of it, and suddenly I felt convicted and I realized I was a sinner,” he remembers. “When I read the Scriptures, I knew I was a sinner. How would I get to God?” 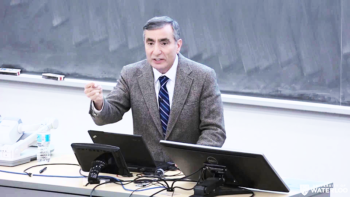 As he poured over the Bible, he realized that there is no forgiveness of sin without shedding blood. In the Old Testament, animal sacrifice was stipulated. In the New Testament, Jesus was humanity’s Passover Lamb. Isaiah 53 described graphically how the Messiah would be punished for the sin of the world. He would bear it on the cross.

Eventually he stood up. He didn’t know what to do, who to tell.

When he told his cousins, they were shocked. “’How could you do that? You’re Jewish,’” they said. “Telling my mother how I had invited Jesus into my life, she didn’t say much. She was weeping. She told my father. They weren’t happy at all.”

When Mom finally spoke, she uttered a message of rebuke: “I don’t blame the Jewish leaders for killing Jesus after the things he said. Who is He to come against the religious leaders, who have dedicated their life to helping people and to tell them they are ‘white-washed tombs. Who is He this young man in his 30s to say this to these scholars? He got what He deserved.”

But the initial rejection is not the end of the story. Mom read the Bible thoughtfully and thoroughly. She compared the Old Testament to the New Testament. “God warned us over and over again,” she said.

When Mom turned 72, she finally received the revelation. One day she called her son on the phone.

“Jimmy, you wouldn’t believe what happened,” she told him. “I was just reading and it hit me. It hit me — the way He gave His life. I believe it now. Jesus is the Son of God!”