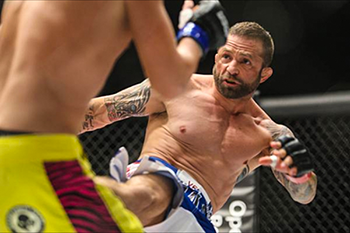 As a police officer, Chad Robichaux once had to grapple with and overpower a man barricaded in his home in a domestic dispute. When the man struggled for Robichaux’s gun, the officer fired at him six times as the man’s children and wife screamed hysterically.

It wasn’t the only time Robichaux was traumatized in his use of deadly force. The MMA champion also killed as a Special Operations Force Recon Marine during eight tours of duty in Afghanistan.

The killing left his mind and heart a wreck, his marriage a shambles, and his soul a wasteland. If it weren’t for the intervention of a Christian man who invested in him and nurtured him back to psychological health, Robichaux might have ended his life like so many of the PTSD victims he tries to help through his Mighty Oaks Wounded Warrior Foundation. 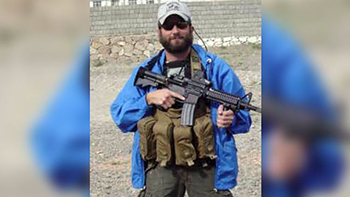 Robichaux recounts the horrors of waging war on evil both in America and abroad in an I am Second video.

When he arrived on the scene of the domestic dispute, there were 30 people standing around outside the house.

The wife was screaming, and the man had barricaded himself in the back bedroom with his gun. Robichaux and his partner entered the house and began searching from room to room. They found the man and demanded he drop his gun. He refused to comply, so Chad moved to disarm him with force.

“I step towards him and I grab the barrel of his rifle and I pushed it away from me and I kicked him in the groin,” he remembers. “When I kicked him the second time he grabbed my hand. I realized at that point that I had to save myself and my partner. I shot six times.”

His partner hit him with another five bullets, and the suspect crumpled to his knees. 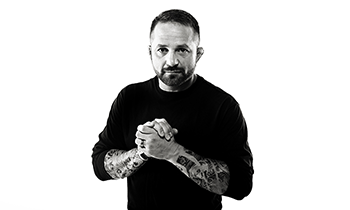 He looked at Chad: “You killed me.”

Of course, the violence was justified and necessary, but still Robichaux couldn’t just forget the images of blood all over him. He couldn’t shake the fact that he had ended a life at close range. He couldn’t forget the screams of the family.

“I just wanted someone to tell me that it was okay because I had just killed this guy in front of his family and it was something I thought I would have a hard time with but I did.”

His wife was no help. She just thought it was all part of a day’s work. He really needed someone to affirm him, but instead he felt rejection.

Shortly after that incident, he returned to active duty as a marine following the 9/11 terrorist attacks. 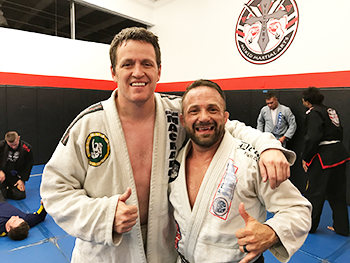 He was added to the Joint Special Operations Command. He deployed to Afghanistan with much excitement.

“Wow I can’t believe all this training to do this, you know, be a force recon marine to do these things and I’m here it’s real like right outside somewhere in the dark is the bad guy.”

He knew the terrorists were evil, but still he wasn’t prepared to see the full horror of mayhem done to other human beings.

In the process of fighting evil, evil entered his own heart. He became a hateful killing machine.

He built a wall between himself and his family but he didn’t understand why. “Maybe to protect them from me” 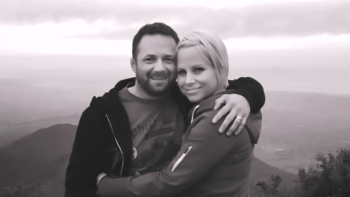 In April, 2007, Chad returned home from his final deployment.

He was supposed to return to civilian life without a bump in the road. He was numb, weak, and broken — mentally brutalized.

He was diagnosed with Post Traumatic Stress Disorder and was removed from active duty.

“It really stung my pride from going to being a golden boy in this joint special operations task force and the next day I’m not allowed to play in the game anymore.”

His wife encouraged him to join jujitsu. He had done wrestling and jiu-jitsu since he was five years old. On the mats, he thought he found his cure

He decided to open up his own martial arts school and it grew to 1,000 students.

He started fighting again professionally and joined the Mixed Martial Arts circuit. He was undefeated. 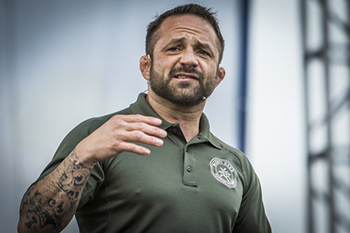 Because he never dealt with the underlying issues that lingered from Afghanistan, he and his wife began to drift apart. The jujitsu mats had only been a temporary fix.

“Our marriage was dead,” Robichaux says. “It’s the loneliest place I have ever been in my life, just laid in my own bed with my wife’s back turned to me.”

It eventually led to falling into relationships with other women. He chose to separate from his wife and sell their home. They tried justifying it to their children, explaining that their separation would make life better for them.

The children were devastated, begging both parents not to separate, but Chad chose to do it anyway.

During a time of personal reflection, he eventually realized that other people weren’t the problem. He was.

He recognized he made the choice to separate from his wife and others because of damage he himself had caused.

He descended into a suicidal spiral. He would sit in his closet alone with his pistol next to him: “I’d try to talk myself into taking my life and pulling the trigger.”

She had asked him how could he have done all these professional things in his life and be successful in them, but when it came to his family, he quit?

“She was absolutely right and I decided that I was going to put the same professional work ethic, the same character, same discipline, same things that I put into my professional life into my family.”

Chad had spoken to his wife asking her if she could find someone from her church and help him with the plan he had written out.

He was introduced to a man named Steve Toth, who became his mentor. Steve looked over Chad’s plan and put it to him bluntly: “Yeah it’s not going to work because you didn’t put God in this plan.”

Chad made the decision to submit his life to Jesus Christ, to make Him Savior and Lord. He was born again!

He allowed Steve to guide him in his day-to-day relationship with God, a personal relationship had he had never had before.

Steve walked him through a yearlong biblical mentorship process. Steve taught the man — the Marine, the police officer, the MMA fighter man — how to be a man of God and leader of his family.

“When I did that, this PTSD thing that was controlling my life, it became a set of memories that I had the control over.”

He came to the realization he wanted his wife back and was willing to do whatever he needed to love her as Christ loved the church.

“I wanted to have compassion for her and I just prayed and it was like, it was all at one moment, I was overwhelmed with emotion and I just cried.”

His kids also welcomed him into the house again.

“We were able to utilize the same process of aligning our marriage with God’s word to heal our marriage.”

In response to the healing that took place in their lives, Chad and Kathy created a foundation that ministers to veterans and their families who are struggling with the effects of combat trauma.