Harold Warner was driving back from a failed pastoral assignment when he hit a new patch of asphalt sprinkled with fresh rain, and his orange Dodge Colt spun out of control, went off the side of road and rolled down an embankment.

The car roof caved in, paralyzing him. Within nine months, the 23-year-old ex-hippie shifted into a new, dynamic pastoral assignment, this time in a wheelchair.

“Everything in my life was disrupted permanently. My world was turned upside down,” says Warner. “But my relationship with God didn’t change one bit. His grace, His presence never wavered. I had confidence that God was in control in my life.”

Today, Pastor Warner’s church, which he charged into as an idealistic young man, has grown to over 1,000. The Door Church in Tucson moved from a humble stucco and adobe building to a massive facility.

Affiliated with Christian Fellowship Ministries as a church planter, Warner and his leadership team have planted 750 churches worldwide.

How did he avoid the trap of blaming God for the inexplicable tragedy?

“A lot of things happen in life that you don’t have control over,” Warner says, as he considers the destiny he might have missed. “I kept going forward with a combination of faith, naiveté and confidence.”

When he was a young man, Warner liked hockey so much he went to the University of Connecticut specifically to play for the team. But, like so many other young people of the 1960s, alcohol and drugs beckoned, and he dropped out of school, grew his hair long, wore torn jeans and hitchhiked to Woodstock.

Being a hippie didn’t live up to “the propaganda of love,” he says. “The one thing that prevailed was the aimlessness.”

He rarely worked. He lied, stole and mooched off his friends, which allowed him to keep experimenting with new drugs. Some of his East Coast friends were enrolling in Prescott College, which at the time was an institution of higher learning considered avant-garde by hippies because it unabashedly fused drug use with the college experience, so Warner headed to the tiny cowboy town in the mountains of Arizona.

Without enrolling, he lived in a dorm, sleeping on the floor of some fellow hippies.

That’s when he got invited to a rock concert featuring Eden, a local sensation that was achieving notoriety all the way to Phoenix.

Up to this moment, Warner was unaware of the Jesus Movement, but many young people who turned to drugs, sex, and rock n’ roll were burning out and coming to Jesus in droves. Three members of the band had already become converts; they were doing their last concerts, honoring existing contracts. Lurking among the crowd that night there happened to be many young believers. 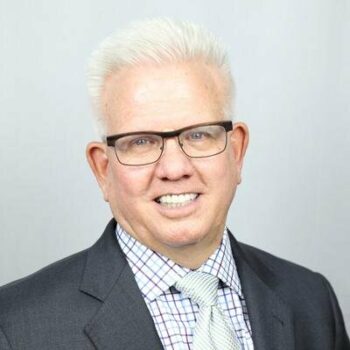 A girl invited Warner to church the next night, and because he found her attractive, he went.

“I did not go looking for God,” he says. “That was the furthest thing from my mind.”

From a nominal Catholic background, Warner had never seen such boisterous worship and earnest preaching. If anything, the church services he had known were merely something to be endured. At the end of the sermon, the pastor gave an invitation to come to the altar and accept Jesus, and Warner’s hand shot up.

They gave him a Bible. But since he was rooming with some hippies, he feared they would mock him, so he hid the Bible outside the first night.

He attended church from then on: Sunday morning, Sunday night, Wednesday night, Bible study, outreaches Friday and Saturday night. Back in those days, revival services continued up to two weeks. He never missed a meeting. Previously all his energies went to procuring drugs and living the hippie experience; now they went to God.

“We were thrilled to be serving God,” he says. “We loved to be involved.”

He got a job and married Mona. He devoured his Bible and Christ revealed Himself to Warner more and more. His pastor, Wayman Mitchell, preferred in-house training in practical ministry over the Bible college experience.

After three and a half years. Warner was asked to take over as a pastor a small Bible study in nearby Kearny, a copper mining town. He arrived a Friday of April  of 1973 and found out the local copper parade was Saturday, so he did what any gung-ho Jesus Movement hippie would have done: he procured portable amplification and walked at the back of the parade preaching Jesus and repentance.

At the town square, he crossed eyes with the man whose Bible study he was going to take over by prior agreement, and Warner realized his zeal had rustled the man’s feathers. After preaching Sunday morning, Warner was asked to leave town.

“I not only have the distinction of being the first pastor announced out of the Christian Fellowship Ministries, but also I have the distinction to have pastored the shortest-lived assignment,” he quipped. On Monday he headed home with his buddy after not even three full days of ministry.

That’s when his car skidded off the asphalt and tumbled. Apparently the oils from the fresh asphalt mixed with the thin layer of rain water to create treachery.

His buddy was not injured so badly, clambered out of the upside down car and flagged down help. Warner, on the other hand, could not move.

After his vertebrae were fused at Barrow Neurological Institute in Phoenix, he received three months of inpatient rehabilitation next door at Good Samaritan Medical Center. He learned to get around as a paraplegic and drive a car with hand controls.

A good friend with a Christian radio station in Phoenix asked him regularly to tape preaching in the hospital conference room that he could air on the show. Warner shared the gospel with almost everybody who came into the hospital. They were all spinal cord or brain injury patients, and many were despairing over their condition.

“It struck me how hopeless they were without Jesus,” he says.

When he returned to Prescott, Pastor Mitchell of the Potter’s House Church immediately asked him to preach, and it was encouraging to be back in the saddle.

“I somehow, by the grace of God, maintained a focus that I wanted to preach the gospel,” he says.

Within months, he was offered the chance to take over another Bible study with five people that met in a rough part of Tucson. He jumped at the opportunity. On Dec. 16, 1973, he and his wife arrived in Tucson late at night. He was antsy to see the building and pestered his wife to take him to see the place he would be teaching. He couldn’t wait until the next day, and even though it wasn’t necessarily wisdom for a white guy to show up in the hood so late at night, his wife graciously indulged him even though she was tired.

Revival broke out and has continued unabated for 30 years. Warner trusted God for healing, but while he waited on God, he hasn’t let anything hold him back from doing His work.

Not only did hippies get saved in his church, so did airmen for the nearby Air Force base, men who have become his leaders today.

“God began to do something that was bigger than myself,” Warner says.