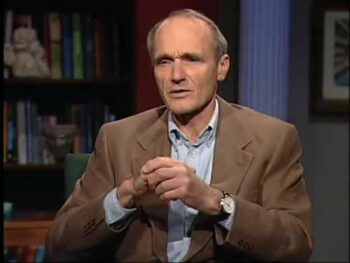 “Fifty years ago the overwhelming scientific opinion was that the universe was eternal. There was never a beginning. The Bible was wrong from the very first sentence,” says Schroeder, a physicist. “Then we discovered … the echo of the Big Bang, the energy left over … And overnight, the Bible got it right: there was a beginning to the universe.”

Before emigrating to Israel in 1971, Schroeder received his PhD from Massachusetts Institute of Technology in nuclear physics and earth and planetary sciences in 1965. He worked seven years on the staff of the MIT physics department.

As a member of the U.S. Atomic Energy Commission, he was present at the detonation of six atomic bombs. He has more than 60 scientific publications in top journals and five books. He has consulted for China, Philippines, Malaysia, Singapore, Canada and the U.S. He holds the patent on the first real-time monitor for airborne alpha beta gamma emitters for radioactivity.

In Israel, Schroeder was a researcher at the Weizmann Institute of Science, for the Volcani Research Institute and for Hebrew University in Jerusalem. He currently teaches at Aish HaTorah College of Jewish Studies.

As a cosmologist, Schroeder asks the big questions: Why does the universe even exist? Why haven’t scientist been able to create life? Why is there order to the universe?

Much of his work has been to adapt Einstein’s Theory of Relativity to the Big Bang Theory of the beginnings of the universe to reconcile the Biblical creation timeline with the calculations by physicists about the age of the universe.

According to the updated science, the universe is 13.8 billion years old. Schroeder postulates that the expanding universe warps the time perspective so much that one trillion of our current days on Earth equals one day of God’s creation. 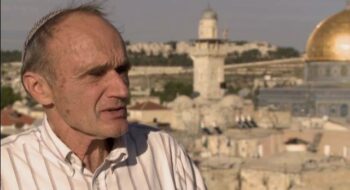 His work convinced longtime atheist Antony Flew to believe in God. After decades of advocating atheism, Flew said he simply followed the evidence of developing scientific discovery to its natural conclusion. In his words, he was being loyal to his premise of rationality and scientific empiricism, not abandoning it. In 2006, he signed the petition in the UK to advocate teaching intelligent design in the nation’s curriculum, according to Wikipedia.

Schroeder’s work has developed on the advances in science that upended existing theories in the 1950s.

It turns out the noise the heard from every part of the sky wasn’t birds; it was residual noise from the initial Big Bang that cosmologists describe for the beginning of the universe. It also seemed to line up nicely with the Biblical account of Creation.

Once the beginning is established by science, the only question remaining is the age of the universe. Some Bible scholars have calculated the age of the earth to be around 6,000 years. But data from the Hubble space telescope or from the land based telescopes in Hawaii, indicate the number at about 14 billion years.

But, writes Schroeder on his website, “time is described differently in those Six Days of Genesis. There the passage of each day is described as ‘There was evening and morning’ with no relationship to human time. Once we come to the progeny of Adam, the flow of time is totally in human terms.”

According to Schroeder’s work, the first day of God’s creation lasted 8 billion years, as measured by the current convention of the Earth’s orbit around the Sun. As the universe expanded, the “days” became smaller periods until roughly flowing into the time of man.

Schroeder’s theories are controversial among some scientists, who still fight any notion that there might be a Creator behind it all. And not all Creationists like his extension of the six days — as measured by current Earth 24-hour periods.

But Schroeder remains undaunted, daring to venture where other scientists fear to tread.

“One of the questions I’m asked as a scientist is: How can a scientist really believe in something we usually refer to as God — this metaphysical whatever acting in the world or producing the world?” Schroeder says. “The irony is that the question is a non-starter. Science has in fact discovered God. And you can talk to the hardline atheist and they will say, ‘It looks like science has in fact discovered God.’”