Famed astrophysicist Stephen Hawking, who struggled for most of his life with Lou Gehrig’s disease, left the shackles of his withered body early in the morning of March 14th at his home in Cambridge, his soul launched into a Christ-less eternity.

He had a profound impact on the world as a theoretical physicist, cosmologist, author, and director of research at the Centre for Theoretical Cosmology at the University of Cambridge. While he made occasional references to God, he remained a staunch atheist to the end.

Hawking worked on gravitational singularity theorems, predicted that black holes emit radiation, and was the first to set out a theory of cosmology that brought together the general theory of relativity and quantum mechanics. He was a forceful advocate of the many-worlds interpretation of quantum mechanics.

Hawking had a rare, slow progressing form of amyotrophic lateral sclerosis (ALS) that began to manifest itself while he was still a student in his final year at Oxford.

Hawking said he was “not religious in the normal sense” and he believed that “the universe is governed by the laws of science”. 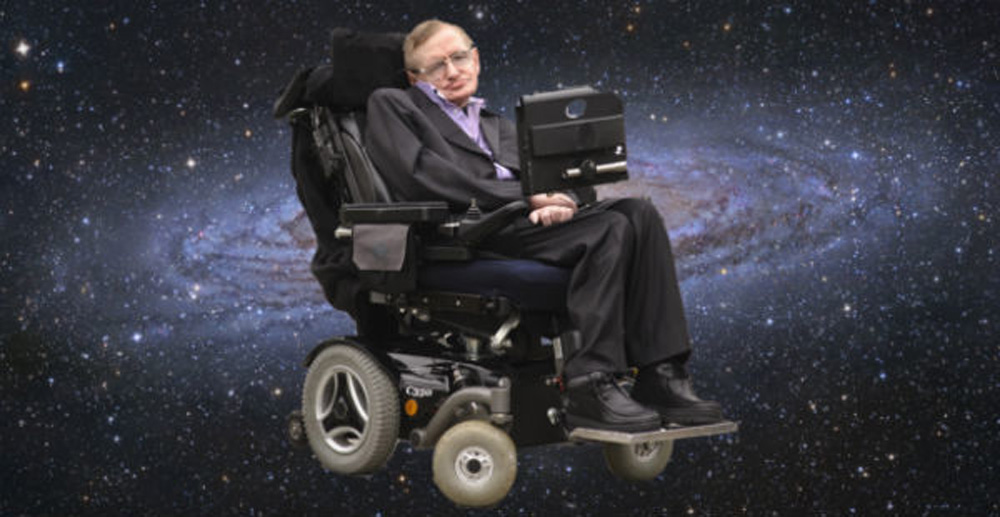 In 2008, Hawking stated in an interview with Reuters, “The laws may have been decreed by God, but God does not intervene to break the laws”.

Such a view of God involved in creating and establishing the laws of science might lead some to conclude Hawking was a deist, but he quashed such notions with his further ruminations about religion – with special aversion for the Christian world view.

He seemed to channel John Lennon of the Beatles when he told The Guardian there is “no heaven or afterlife” and that such a notion was a “fairy story for people afraid of the dark”.

In 2011, on the TV program Curiosity, he said: “We are each free to believe what we want and it is my view that the simplest explanation is there is no God. No one created the universe and no one directs our fate. This leads me to a profound realization. There is probably no heaven, and no afterlife either. We have this one life to appreciate the grand design of the universe, and for that, I am extremely grateful.

In 2014 he went further and declared himself an atheist on NBC.

“Before we understand science, it is natural to believe that God created the universe. But now science offers a more convincing explanation. What I meant by ‘we would know the mind of God’ is, we would know everything that God would know, if there were a God, which there isn’t. I’m an atheist.”

Hawking’s first wife, Jane Wilde, was an evangelical Anglican, which brought a witness into his life, but also contributed to tension because of his atheism. During the progression of his disease, Jane suffered from depression. In a 2004 interview, she said her faith in Christ gave her hope during the marriage and allowed her to rise above the challenges of being his caregiver.

“He made some amazing achievements in theoretical physics, especially about the beginning of the universe and the physics of black holes,” says astrophysicist Hugh Ross, a Christian.

Ross noted Hawking’s deistic strain in prior years. “I find it remarkable that he held in his early years to a deistic world view but of late evolved toward atheism. This is in spite of all the evangelicals that were in his life.”

According to Ross, another strong Christian in Hawking’s life, Don Page, spent four years with Hawking at Cambridge as a postdoctoral research fellow. “Don did share the gospel with him. It’s not that Stephen Hawking did not have contact with Christians,” Ross notes.

Ross perceived a disconcerting hubris in Hawking. “He claimed his goal in life was to know the mind of God. I don’t just mean to know the physics; I mean to know everything. It was a pretty scary claim for a person to make.

“The hubris of thinking that a mere human being can know everything that God knows, including knowledge of the future and the past and everything that’s going to happen… there’s only one other person who made that same claim and he’s in a red suit. That’s the temptation that Satan brings, that you can be like God. The fact that he dared to put that in writing, that was scary.”

Hawking was interviewed by Readers Digest in 1974 and declared that he and Roger Penrose proved that time had a beginning, that time was created. “That is very much a Christian doctrine,” Ross notes. “Years later he said he didn’t really mean that.”

“The theorem that he published with Penrose led over the years to 30 additional space-time theorems and today there is no escaping that there must be a Being behind space and time.”

Ross challenged Hawking’s recent assertion that nothing existed before the Big Bang. “Whenever a physicist says that, I say, what do you mean by nothing? When you look at their definition of nothing, it is something.”

“He said there is not only real time but imaginary time…basically imposing the equivalent of a second dimension of time on the universe. It is God that is beyond linear time, so he is attributing attributes of God to the universe.

“Stephen Hawking is also famous for putting divine attributes on the law of gravity, as if the law of gravity is some kind of being. We are warned in Paul’s writings (in Romans 1) that that is what people do when they reject the authority of God in their lives.”

Ross noted the trend in recent years of physicists like Hawking to embrace the idea of multiple universes. “The way the multiverse is formulated to eliminate the need for God’s design simultaneously removes the need for human design,” Ross says.

“They didn’t go there until they had no other option. When the evidence became overwhelming that there is a personal Designer, that’s when they began to invoke these really weird speculations.”

Stephen and Jane Hawking were married for 30 years, but they divorced in 1995 after he fell in love with one of his nurses.

Jane’s memoir, Music to Move the Stars, described her marriage to Hawking and its sad collapse.

In 2006, after Hawking divorced his second wife, he renewed his relationships with Jane, his children, and his grandchildren, according to Ferguson’s biography.

Jane’s revised and updated book about their lives, Travelling to Infinity: My Life with Stephen, was made into a film, The Theory of Everything, in 2014.

If you want to know more about a personal relationship with the God who created the universe, go here