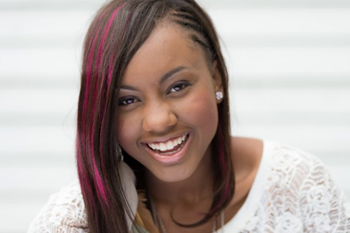 Jamie Grace knows about being bullied.

Her eyes and neck twitched, her hand involuntarily hit her chest – all a product of Tourette syndrome. Kids in middle and high school made fun of her.

Once at a youth rally, Jamie Grace, a mere 13 years old, approached a cluster of guys. Her first crush was taking hold.

“They were having a lot of fun,” she said in a YouTube video. “But when I got closer, I realized they weren’t just making any kind of noise and weren’t saying just anything. They were actually mocking me and mimicking me. They were taking their hands and hitting their chests and slobbering at the mouth and calling me a retard. 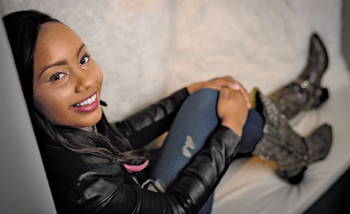 “All I wanted to do in that moment was disappear,” she added. “I just stopped in my tracks. This was the worst. It was overwhelming.”

When she was a new adult walking around a mall, she saw teenie boppers pointing fingers at her and taking out cell phones to film her tics.

“Here I am like 19 or 20 years old running from girls in the mall because I was so overwhelmed and frustrated,” she said. “I was trying to get away. I was so embarrassed.”

Today, Jamie Grace Harper is a Christian pop singer, whose “Hold Me” featuring Toby Mac earned her a 2012 Grammy nomination and a Dove Award for New Artist of the Year. The Los Angeles-based singer is using her fame to fight bullying.

“Throughout “my middle and high school years, I would deal with a lot of people bullying me because of my Tourette’s Syndrome and because of having been homeschooled. It was a difficult thing to face,” she said. “There was never any hardcore bullying like kids hitting me or putting me in a dumpster, but anything where someone treats you badly, it hurts.”

The solution for the victim? There are truths in being a “bigger person” to not take the cruelties to heart. There is emotional release in understanding that “hurt people hurt people,” she said.

But ultimately, she realized one needs to find acceptance in God.

“How do we recover? I believe I was created by the same God who created the mountains and the seas. I know that when I chose to focus on the rude teenager who called me retarded, I can get easily defeated and roll my eyes and watch a Law and Order marathon and not leave my room. But I instead choose to focus on what He thinks of me.

“There is Someone greater and more powerful whose words mean so much more. No matter what they say or do, realize that you are not their words. No human has the power to define your worth. Find your worth in the words of Someone greater, and know that your value has been established by Someone so much greater.

“It doesn’t matter who you are but whose you are. Find your identity in Christ, not about what other people say about you, not what billboards say you should look like. You were made in His image. Psalms says, ‘You are beautifully and wonderfully made.’”

Jamie Grace was born into a Christian family in the Stone Mountain suburb of Atlanta, Georgia. Her dad was the jazz-playing pastor of the smallish Kingdom City Church, where the family showed a lot of love to people. She was precocious and breezed through school. But since she was sometimes isolated, she turned to the guitar.

Her talent was evident. Starting in 2006, she posted videos of herself on YouTube – and bullying reared its ugly head there too. In the comments, 50 of 70 were insults about her Tourette syndrome, being female and being African American.

“It does get to you. It does hurt us,” she remembered. “It’s irritating and agitating and it’s evil and it’s cruel.

Comments assured her she would never succeed in the music industry.

Then in 2010, Toby Mac saw her videos and signed her for his label, Gotee Records. Her career catapulted.

“Hold Me” was the first of slew of hits that got played widely on Christian radio stations. With happy-go-lucky lyrics and a candy-apple voice, Jamie Grace fused hip-hop, folk and pop to wow audiences.

In 2016, Adele called her out of the audience up onto the stage. Jamie Grace sang “I Can’t Help Falling in Love with You,” earning Adele’s admiration.

Then after a dry spell that saw her musical production decline, she parted ways with Toby Mac. According to reports, she wanted to branch out and use a wider variety of musical genres but Toby limited her to hits that would fit Christian radio formats. The disagreement grew to the point that Jamie Grace even considered retiring from music. But in August 2016, Gotee Records released her from her contract, and she went independent. 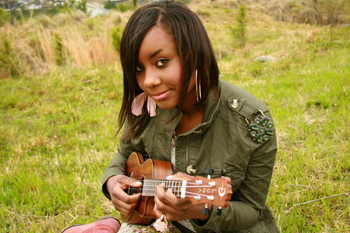 She uses her YouTube channel, with 250,000 subscribers, to preach her folksy, no-nonsense messages to single girls. She’ll talk about dressing modestly one day and against the cyber-bullies who prompted Justin Bieber to shut down his Instagram account in 2016.

Jamie Grace was first diagnosed with Tourette’s when she was 11.

“To find out that I’d never be able to fix it was way more frustrating,” she told Cross Rhythms. “I went through a state of confusion that turned into denial and from there it just turned into insecurity, not feeling smart, not feeling beautiful, not feeling I was worth anyone’s love and not even feeling like I had anyone’s love, especially not God’s. I remember going through a moment of just doubting God.”

Her parents, Bishop James Harper and Mona Harper helped her process the bad news and overcome her insecurities. 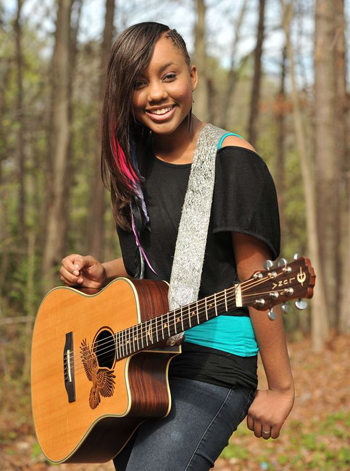 “My mom even painted the hallway light blue because she knew it’s a color of hope and she wanted me to be able to smile every time I walked downstairs,” Jamie Grace said. “My parents told me everyday that I was important and that God loved me, even when I didn’t believe it myself. Eventually I came around to believing it and I came around to accepting that I was going to have something in my life that I can’t control, but I feel like God’s love for me was bigger than any pain I was going to have.”

While home life fostered acceptance and love, school was a different matter. Though she was home-schooled, Jamie Grace occasionally took classes in the schooling system and participated in youth groups where acceptance wasn’t guaranteed.

Because she was “the different child,” she was easy prey for bullies and struggled to make friends, even though she was naturally outgoing.

“Sometimes it can be hard to make friends. It’s hard to know the intentions of someone who is connecting with you or if this friend only wants to get something out of you,” she said. “The concept of ill-intentioned friendship is a complicated situation.”

Even today, the famous singer has trouble making friends, though for a different reason. Many people only befriend her to take advantage of her connections or popularity. This was a problem also for her to find a boyfriend. She sang candidly about romances gone sour or crushes that went nowhere.

She always wondered if she would attain the marital bliss of her parents. Just this year, she married Aaron Collins on April 14th, and actually invited her fans to attend.

That was typical of the sweet-hearted, all-inclusive singer who reaches out and gives love wherever it is needed.

Michael Ashcraft pastors the Lighthouse Church in Van Nuys, the Church on the Lake.