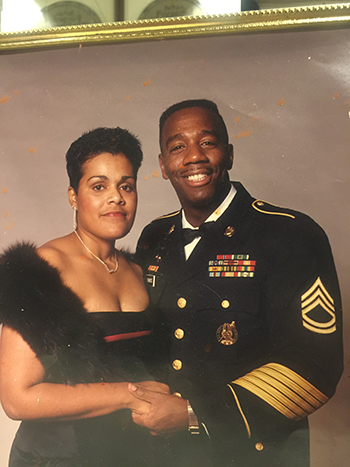 Carlton Edwards ran and shot so well in Vietnam that he earned the Army’s Bronze Star Medal. But recognition for his heroics could not assuage the stress of war, so when buddies introduced him to heroin outside of Saigon in 1972, he readily indulged.

Carlton grew up in Mt. Vernon, New York, with six other family members in a three-room apartment governed by an alcoholic father. He was drafted out of high school in 1969 and served four years in Vietnam but never got busted for drug use.

“I was a very functional addict,” he said. “I used two or three times a day. It was to help me deal with the pressures of the war. It gave you comfort, totally relaxation, almost sleep, but you were aware of the things around you. It took you out of the reality of the pain you’re going through. It was sedative.”

Stationed in Germany years later, Carlton hung with the Army’s bad boys, the guys who had killed and strutted around flaunting their toughness. But a little guy named Morphus kept harassing him, popping up behind him to remind him, “God loves you.” 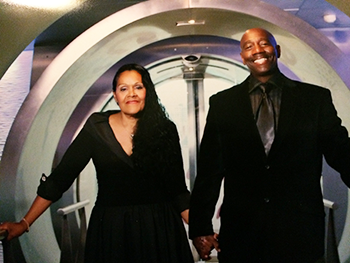 Carlton thought he was way beyond God’s ability to forgive, with all the terrible things he had done. Plus, “this God thing didn’t go with being in military and hanging with the tough crowd,” he said. So Carlton asked the annoying Morphus what he wanted – hoping he would leave him alone.

Morphus told Carlton that if he attended his Bible study the next day at noon, he wouldn’t pester him again.

Carlton sat at the back of the Bible study to avoid notice. He had no real thought of actually paying attention, but Morphus was dynamic. He was talking about the soldiers arresting Jesus. When they asked if the Savior was the man they sought, he said, “I am.” The soldiers fell back.

To dramatize the lesson, Morphus let himself fall backward. 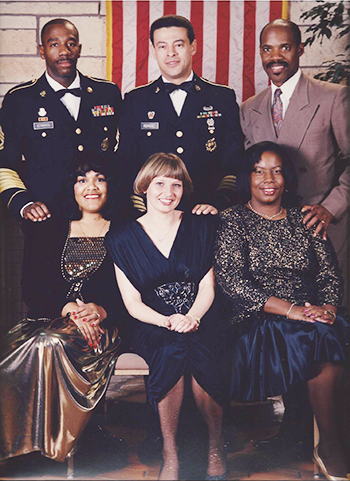 Intrigued by the stunt, Carlton decided to return again. And then again.

Also from the military in Germany, his wife, Juanita, whom he married in 1979, had been raised a Christian. His mother-in-law called him constantly and prayed with him.

He had been a hustler to stay on top of his bills and provide for his three daughters, but he was shedding weight due to the ravages of heroin. He began to look honestly at his physical deterioration during his time in the Bible study.

The power of the Word and the Spirit caused him to surrender to Jesus as his Lord and Savior. He was born again in1984.

Just months after receiving Jesus into his heart, Carlton decided to take Christ at His word and was gloriously delivered from drugs.

“Drug addiction and alcoholism is a disease,” he said. “But Jesus came to heal us and deliver us from every disease. So I just believed. It depends on what you believe. I just prayed for God to take the urge away from me because usually you can get cleaned but then the urge comes back.” 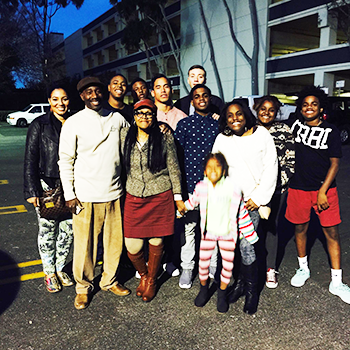 Juanita’s family was from Pasadena, so they eventually moved there. She got out of the army and got into aerospace contracting in El Segundo. Meanwhile, Carlton prayed for and got assigned to recruiting duties in Pasadena.

He found a church that preached the word and hooked up with a pastor, Joshua Mangram. He was hungry to learn the Bible and offered to serve in any capacity. He served as janitor, soundman, Bible study leader and elder through the years.

When he spotted drug addicts in the church, he approached his pastor about ministering to them.

“I could spot them from a mile away,” he said. “I would tell the pastor, ‘We gotta do something. We got people who are coming to church and they’re addicted to drugs.’”

To get ready, he started taking ministry courses and even got a drug and alcohol studies certificate from UCLA. He had been working as an intern for drug and alcohol counseling at the Union Rescue Mission on L.A.’s Skid Row.

Five years later, his pastor was promoted to bishop, and he was named pastor of the Pasadena Community Christian Church. He holds a Bible-based, 12-step program and a Bible study. They hand out 20,000 pounds of food a week to other ministries and needy people. He chums around the local Salvation Army rehab and runs a men’s and a women’s home.

“I’m so proud of my Heavenly Father for getting me out” of heroin, said Carlton, now 67. “Why me? Why take me out of that? I’ve had so many friends die.”

Of his 10 best childhood buddies, only he and another are alive today.

Carlton faces the rigors of ministry with an active faith. “I sometimes get exhausted but never burned out. God can clean you up from everything. All you have to do is really turn your life and concern over to Him to have a true conversion. That means you allow God’s word to govern your life. When He comes into your weakness, His strength takes over your weakness.”