She was a young girl beginning puberty, playing with friends, when she was grabbed and taken to an office where she was held down by four men as a doctor performed female genital mutilation (FGM) or female circumcision, without anesthesia.

During the summer before she entered ninth grade, Rabab’s family left Cairo on a summer vacation, returning to their ancestral village.

“The family, led by the head of the family (my grandfather) had decided to conduct this operation on five girls, on me, my sister and three cousins,” Rabab said.

Her father, a teacher, was against it, but could not overrule her grandfather, the patriarch of the family.

“We were playing together and all of a sudden they took us,” she said. Her aunt transported Rabab and the other four girls to “a well-known gynecologist” – the same doctor who brought Rabab into the world.

FGM involves the ritual cutting or removal of some or all of the external female genitalia. The practice is found in Africa, Asia and the Middle East. Incredibly, some 200 million women in 30 countries have undergone the procedure, according to UNICEF.

Rabab was in the dark about what was about to happen. “We didn’t understand what was going on. They didn’t tell us,” she recounted.

“They didn’t even use anesthetics. Two (male nurses) grabbed me.” She was filled with fear and confusion, because she had always been told that no man should see the private parts of her body.

“I was humiliated beyond words,” she said.

Her aunt and uncle were among many in the crowded room observing her torment, adding to her mortification. “I call it a collective massacre,” she recounted.

Throughout the procedure, Rabab was screaming, would faint, and then wake up. “I was trying to fight them as hard as I could. I was frantic. Four of them had to hold me down.”

FGM may include removal of the clitoral hood and clitoral glans; removal of the inner labia; and removal of the inner and outer labia and closure of the vulva. In this last procedure, known as infibulation, a small hole is left for the passage of urine and menstrual fluid; the vagina is opened later for intercourse and opened further for childbirth, according to UNICEF.

Two or three hours after the procedure Rabab awakened in a daze. “I didn’t know what was happening. People were coming in and out, but I wasn’t really there. I was in another world.”

All her innocence and purity had been trampled, she felt. Rahab was convulsed with the desire for revenge. Due to the latent impact of her emotional trauma, she couldn’t talk to her family for three years.

She felt her gender identity had been mauled. “They didn’t want me to lead a normal girl’s life, the way the Lord created me,” she concluded.

Rabab began to exhibit aggressive behavior. “I started picking fights like a boy. I started to talk like a boy. I learned to fight like them. I would beat up any kid that came near me,” she recalled.

When her mother asked her to do household chores like her sister, she said, “I’m not a girl anymore. You denied me the right to be a full woman, so don’t ask me anything as a woman anymore.”

Rabab is apprehensive about marriage, worried her husband “will be disgusted, see her as deformed.”

Many believe, falsely, that FGM is a religious requirement. Its beginnings in northeastern Africa precede Islam, but the practice became linked with Islam because of that religion’s focus on female chastity. 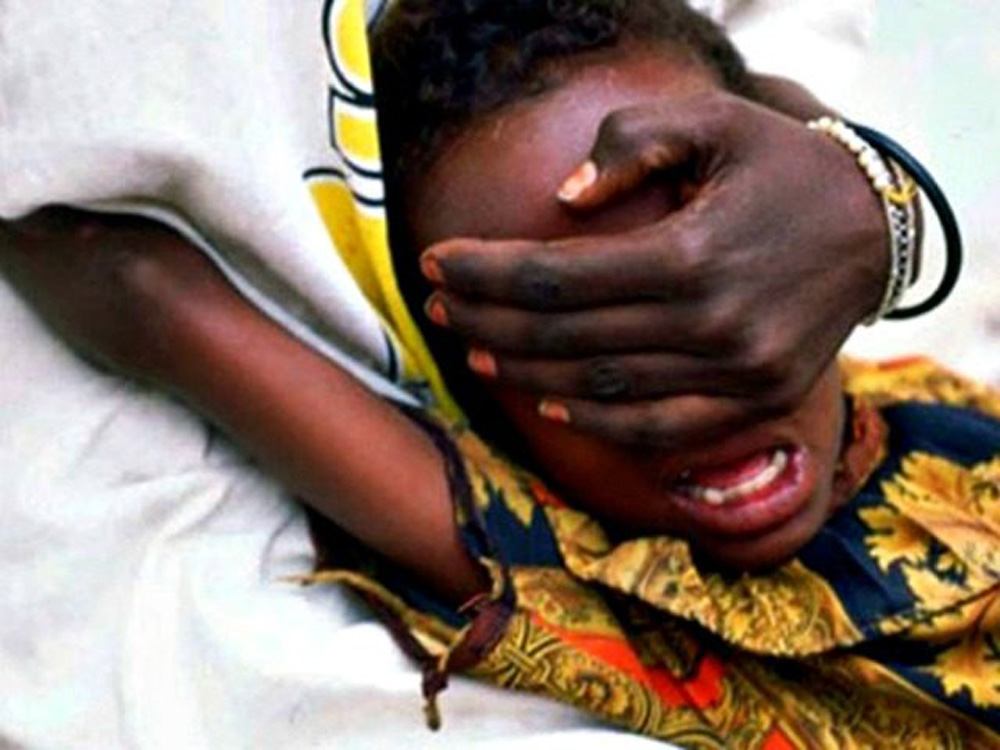 While there is no mention of it in the Quran, it is praised in the hadith (sayings attributed to Muhammad) as noble but not required. In 2007 the Al-Azhar Supreme Council of Islamic Research in Cairo ruled that FGM had “no basis in core Islamic law or any of its partial provisions”.

Christian missionaries in Africa opposed FGM when they first encountered it, but that have been a few Christian communities in Africa to practice it.

Learn more about FGM through The Clarion Project, a 501(c)3 non-profit organization dedicated to educating both policy makers and the public about the growing phenomenon of Islamic extremism. The Clarion Project is committed to working towards safeguarding human rights for all peoples.