The SDF saved the two Armenian Christian families from the city ISIS claimed as the capital of its “caliphate,” according to a report by AFP News Agency.

As some of the few Christians remaining in Raqqa, Sawsan Karapetyan, 45, and her family overcame their fears by faith.

At 3 am on the 8th, she and six other family members fled the city on foot.

They were rescued by Christian fighters involved in the battle to expel ISIS from Raqqa and taken to a nearby city in the back of a truck.

“I didn’t want to leave, but there was so much bombardment around us that we fled,” said Karapetyan, still dressed in the black robes she was forced to wear by ISIS.

They left with almost nothing. But there were three things she could not leave behind: her rosary, and her pet parrots, “Lover” and “Beloved”.

“It would have been a shame to leave these birds in Raqqa. I left everything except them,” she told AFP.

In the interview with AFP, she was surrounded by the SDF fighters along with soldiers from the Syriac Military Council (SMC), a Christian unit battling to remove ISIS.

The “good guys” have captured more than half the city from ISIS since they launched their offensive two months ago.

However, the fighting has left the city decimated, with innocent civilians caught in the crossfire — including bombs dropped by the US-led coalition.

“When Raqqa was bombed, we’d gather together to pray to the Lord so things would be calm,” Karapetyan told AFP.

When the family fled under cover of darkness, they used an escape route the SMC opened a few days beforehand.

“We lived through the hardest moments these last three days because of the fierce bombing. I was terrified for my husband and my family.”

But their faith in the Lord Jesus Christ sustained them. 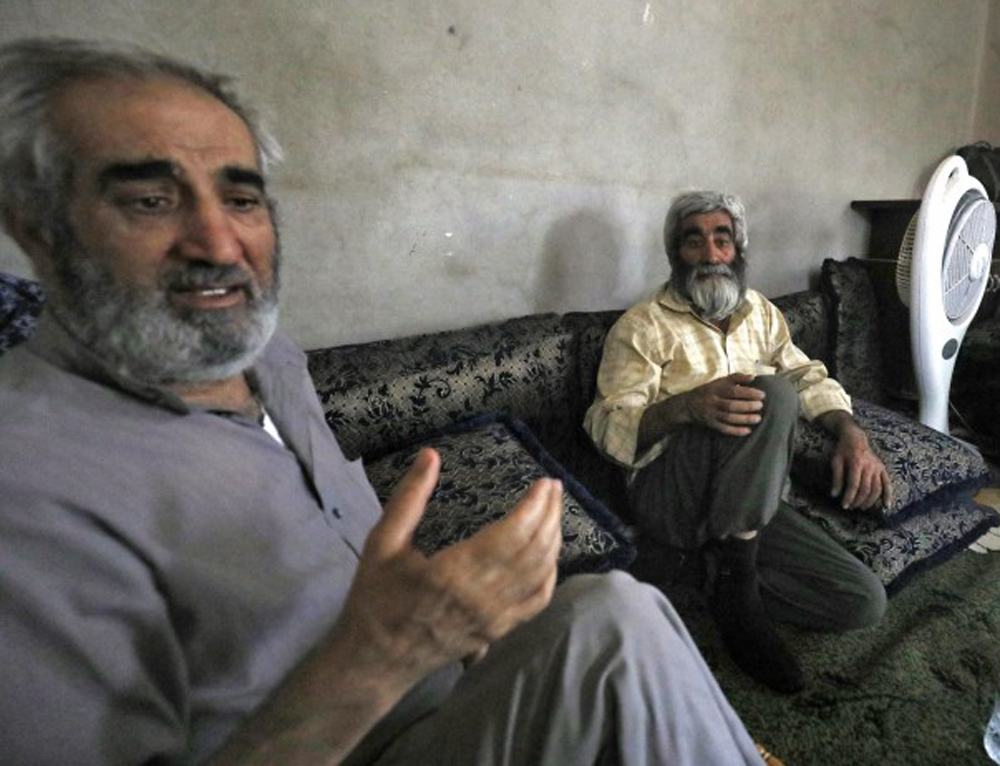 Thousands of Christians once lived in Raqqa, and made up about one percent of the population, which is predominantly Sunni Arab, according to AFP.

Armenians in Syria are the descendants of those who fled the genocide during World War I.

When ISIS moved into Raqqa in 2014, most of the city’s Christians, along with the Kurdish population, fled for their lives.

“When ISIS entered they burned the churches, all the prayer books, the angels, the statue of the Virgin Mary and of Jesus the Messiah,” she told AFP.

Under ISIS control, Christians face the choice of converting to Islam, paying a tax on “infidels” called jizya, or fleeing the city.

Matay, a 22-year-old Christian fighter, told AFP that his forces had secured a route in recent days to help innocent noncombatants flee.

“We got a Christian family out yesterday… This is our goal in the campaign to liberate Raqqa,” he reported.

Kardij Kirdian, 50, fled on Tuesday after his brother escaped the day before.

“I can’t describe the feeling when we saw the Christian fighters welcoming us,” he said.

He told AFP he had chosen to stay in his native Raqqa even if it meant paying the dreaded taxes.

“The first year, they took more than $100 per person as jizya…and this last year it was more than $300,” Kirdian told AFP.

“Daesh (ISIS) blew up all of the churches, which devastated us. I haven’t prayed inside a church since 2013,” he told AFP.

But God has given him hope for the future. “If we rebuild them, we will pray again in Raqqa.”