While at Phi Gamma Delta in college, Mike Pence was intrigued by a fraternity brother’s gold cross — and even more intrigued by what he said about the necklace pendant.

“Remember, Mike, you have got to wear it in your heart before you wear it around your neck,” his “big brother” told him, according to the New York Times.

Pence, 58, was born into an Irish immigrant family with five other siblings on a farm in the small town of Columbus, Indiana. Along with his three brothers, Pence served as an altar boy at the St. Columba parish church and attended as many as seven days a week. They grew up in Catholic school. 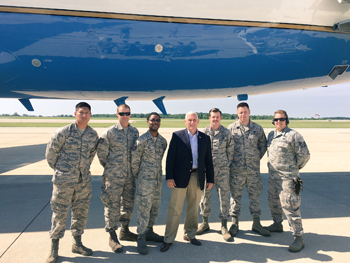 When he went off to Hanover College, a small liberal arts college in Indiana, he began to feel drawn to a more intimate, less ritualistic, approach to God.

“I began to meet young men and women who talked about having a personal relationship with Jesus Christ,” he told CBN. “That had not been a part of my experience.”

At a Christian music festival in the spring of 1978 in Kentucky, he accepted Jesus as his personal Savior and Lord and was born again.

Still, his heartstrings remained firmly entrenched with his Catholic upbringing. He called himself an “evangelical Catholic” and even considered the priesthood as a career path. 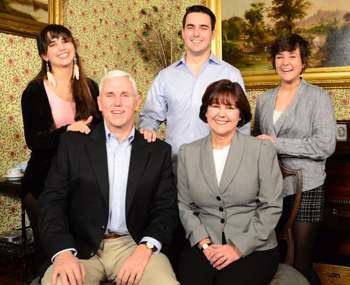 “He was part of a movement of people, I’ll call it, who had grown up Catholic and still loved many things about the Catholic Church, but also really loved the concept of having a very personal relationship with Christ,” said Patricia Bailey, who, along with her husband Mark, worked at the Pence law firm in the 1980s in Indianapolis. Pence and Mark started every day with prayer at the firm.

In law school at Indiana University, Pence met Karen, who became his wife. As their relationship turned serious, she bought a gold cross with the word “Yes” engraved on it and carried it around in her purse to be ready for the inevitable proposition. Pence calls her “my prayer warrior.” The couple has three children.

In the political arena, Pence was a Democrat. His heroes were fellow Irish American John F. Kennedy and Martin Luther King Jr. But as the Democratic Party fully embraced abortion, the man who grew up a staunch Catholic found himself feeling betrayed.

After voting for Jimmy Carter in 1980, he became attracted to the politics of Ronald Reagan. He never looked back.

After two failed campaigns for Congress, Pence won election in 2000 and served in the House of Representatives until 2011. He proved himself a man of convictions, not a political opportunist, and threw his support behind the Tea Party Movement. He declared he was willing to shut down the federal government in the fight to defund Planned Parenthood, the IndyStar reported.

In 2013, he was elected governor of Indiana and implemented tax cuts and education initiatives that brought prosperity to the state and surplus to the state budget. He signed bills to restrict abortion, including one that prohibited abortion for race, gender or disability.

In 2015, he signed the controversial Religious Freedom Restoration Act, which pushed back against the LBGT communities’ efforts to parallel their agenda with racial rights of the 1960s. He had to weather a hurricane of attacks from the National Collegiate Athletic Association, Apple CEO Tim Cook, and others.

Then in 2016, Trump – casting around to shore up a floundering presidential bid – tapped him for the VP spot. Pence was seen as a stabilizing force in the volatile Trump campaign. Pundits repeatedly crowned Clinton as a winner in the presidential debates, but in the VP debates Pence excelled.

When the Washington Post reported on some lewd comments that Trump had made in 2005, Pence stood by his principles: “I do not condone his remarks and cannot defend them,” he said.

Despite Trump’s shocking comments and in spite of the fact that he lost the popular vote, Trump went on to win the presidential election in the Electoral College. 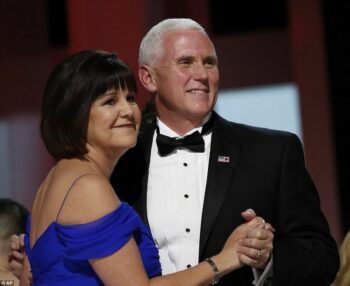 When Pence was sworn in as vice president, he opted not to speak. Instead, he allowed for a powerful non-verbal message: He chose conservative Supreme Court justice Clarence Thomas to administer the oath of office.

He took the oath with his hand placed over Ronald Reagan’s Bible, which was open to 2 Chronicles 7:14: “If my people who are called by my name shall humble themselves and pray and seek my face and turn from their wicked ways, then I will hear from Heaven and forgive their sin and will heal their land.”

Pence, at the helm of the transition team, weeded out the unprincipled lobbyists and Russian-connected opportunists vying for influence in the administration. 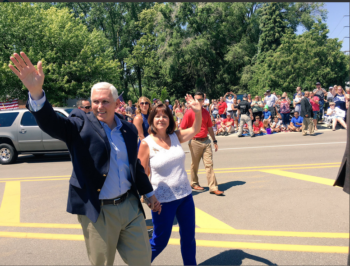 There’s no doubt the VP has been a cornerstone for Christian values in the current administration. While President Donald Trump seems to have an emerging faith, he has also been accused of pursuing the Christian agenda for political reasons, rather than deeply-held convictions.

Pence, however, has batted for God during his entire political career. “I’m a Christian, a conservative and a Republican, in that order,” he is famous for saying.

In January, Pence became the highest-ranking U.S. official ever to speak at the March for Life rally in Washington D.C. “Life is winning,” he proclaimed at the event.

In March, he drew sniper fire from liberals because of his adherence to the “Billy Graham rule,” stating that he won’t dine alone with a woman who is not his wife. Similarly, he won’t attend parties where alcohol is served without his wife.

Leftists heckled him for reverting to patriarchal views of women as ‘virgin Marys or seductive Eves.’ The spoof-meister Onion ran a mock piece in which Pence asked the waiter to remove Mrs. Butterworth from the table until his wife showed up.

Pence has had to weather some storms. His pledge on the stump was a Biblical allusion.

“I promise to keep faith with the conviction to pray daily for a wise and discerning heart, for ‘who is able to govern this great people?’ (a reference to King Solomon’s plea for wisdom from God). I have faith, faith in the boundless capacity of the American people and faith that God can still heal our land.”