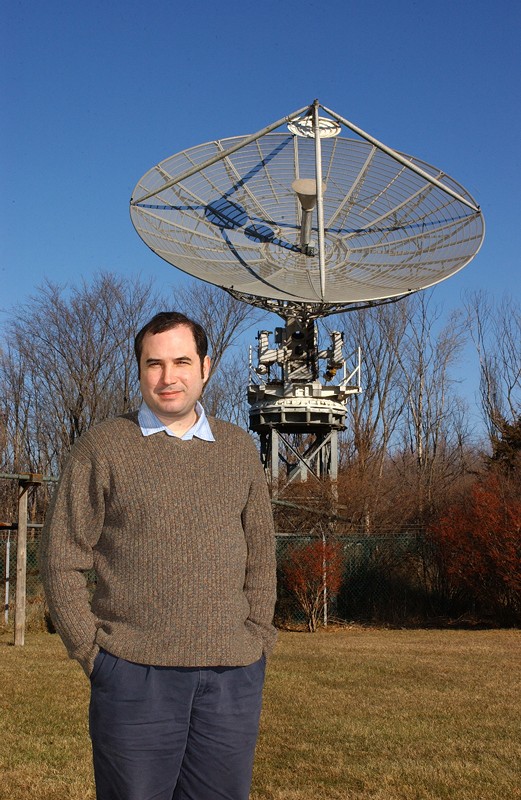 Guillermo Gonzalez’s rise in astrophysics was meteoric, but when he openly espoused Intelligent Design, a scientific theory that allows for God’s involvement in creation, his university dumped him.

Gonzalez had written 68 scholarly articles for peer-reviewed scientific journals, including important work on the Galactic Habitable Zone concept. The Chronicle of Higher Education noted that he had at the assistant professor level “amassed a better publication record than almost any other member of the astronomy faculty,” according to Jeff Schloss on Counterbalance.

Nevertheless, when Gonzalez came up for tenure approval in 2007 at Iowa State University, he was denied.

Just prior to his tenure review, a petition disavowing Intelligent Design had garnered signatures from 130 Iowa State faculty members who feared “the negative impact of Intelligent Design on the integrity of science and on our university.”

It used to be that “free-thinker” meant you weren’t “constrained” to follow a biblical world view. But now, university professors are compelled within a rigid atheistic orthodoxy. Academic freedom is a slogan being emptied of meaning. 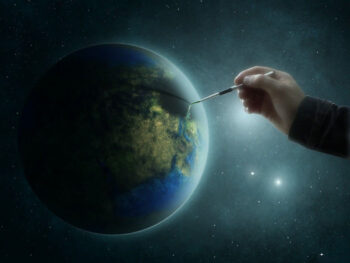 Some controversy ensued after Gonzalez was denied tenure. University officials superficially denied that his faith factored into his firing. They said his publishing had declined and he had not won funding for research. But the Des Moines Register obtained emails through a request for public records that indicated that the controversy over Intelligent Design was indeed a factor.

As early as 2005, there were emails discussing how Gonzalez’ belief in Intelligent Design might adversely affect his candidacy for tenure. Iowa State Physics Professor John Hauptman even noted that the anti-Gonzalez sentiments were “starting to smack of a witch’s hanging.”

Later, Epidemiology Professor Tara Smith from Iowa State declared: “How can Gonzalez complain if his work on ID was considered? If intelligent design is scientific, his department is entitled to judge his work in that field. If ID is not science, it’s fair to question why their faculty member is spending so much of his time and resources on it. The claims of persecution issuing from the Discovery Institute and Dr. Gonzalez require that intelligent design be both science and religion. This isn’t about science, it’s about politics.” 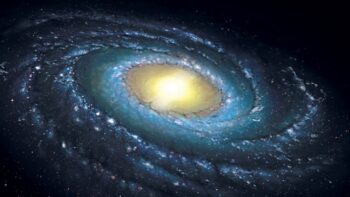 Intelligent Design is a theory held by scientists who can’t fathom how “irreducibly complex” organisms — like homo sapiens — simply evolved by a series of mutations, even given billions of years to compensate for the astronomical improbability of order spontaneously generating out of disorder.

God-believing astronomers and cosmologists similarly see an order to the universe that points to Intelligent Design.

In 2004, Gonzalez co-authored The Privileged Planet: How Our Place in the Cosmos is Designed for Discovery, in which he marshaled a plethora of scientific evidence supporting Intelligent Design.

Gonzalez appealed the negative tenure review, but lost the second round too. 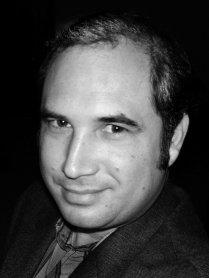 After getting the boot from Iowa State University, Gonzalez headed the astronomy program at the Grove City College in Pennsylvania in 2008.

In 2013, he moved to Ball State University where he was named assistant professor in the department of physics and astronomy.

The Intelligent Design controversy continued to hound him, with University of Chicago Professor Jerry Coyne saying that if Gonzalez “wants to talk about it in his writing and speeches, he has a right to do that. But he can’t pass that stuff off in a university classroom. He doesn’t have the right to get tenure working in discredited science.”

At Ball, Gonzalez pledged to avoid discussing Intelligent Design in the classroom. Meanwhile, he continued his research in astrobiology and stellar astrophysics. He is on the tenure track in a 7-year probationary period.

“I am very happy to join the Department of Physics and Astronomy at Ball State University,” Gonzalez said. “My view that there is evidence of design in physics and cosmology (the type of design I have written about) is not out of the mainstream; a number of cosmologists and physicists hold to this view.

“In my opinion, the controversy surrounding my hire is artificial — largely generated by one activist blogger who is not an astronomer. Lastly, I need to reiterate that I was denied tenure at ISU not because of poor academics on my part, but for ideological and political reasons.”

Anthony Gutierrez studies at the Lighthouse Christian Academy on the west side of Los Angeles.

Children fare better raised by a mom and dad