With his prowess as an NFL quarterback, movie star looks, and marriage to a supermodel, Tom Brady of the New England Patriots is either deeply admired or the subject of loathsome envy that borders on hate by others.

Like his coach, Bill Belichick, he tends to reveal little about his inner thoughts and feelings. But over the last few years he’s mentioned an unusual book that guides his life, written by a New Age shaman from Mexico named Don Miguel Ruiz.

The book, The Four Agreements: A Practical Guide to Personal Freedom is “kind of a mantra for my life,” Brady told a Boston radio interviewer last year. He said the book helped him face the challenges associated with “Deflategate,” when he was accused of under-inflating footballs to gain a competitive advantage over other teams.

“I take everything from it (the book),” he told the Wall Street Journal. “There isn’t a wrong word in that book. I read it every couple of years just to refresh.”

It may not be a surprise to learn that Oprah Winfrey publicly endorsed the book after it was recommended to her by Ellen DeGeneres. Brady was given the book as a gift by his wife, Gisele Bundchen.

Ruiz’s ancient Toltec spiritualist influences have fed a movement that believes that ancient spiritual guides can provide modern enlightenment. Some have compared Ruiz’s work to Carlos Castaneda – also influenced by shamanism linked to the ancient Toltecs.

The Mexican author also believes we are influenced by the dreams of society, what he calls the “outside dream.” The outside dream can influence people in negative ways, if they fall prey to their judgments and opinions, according to Ruiz.

To counter this, he offers his “Agreements.” These include: 1. Be impeccable with your word. 2. Don’t take anything personally. 3. Don’t make assumptions. 4. Always do your best.

The Four Agreements first came out in 1997 and has sold about 5.2 million copies in the U.S. and has been translated into 38 languages.

The book stresses personal freedom from beliefs that may be barriers to happiness in our lives. 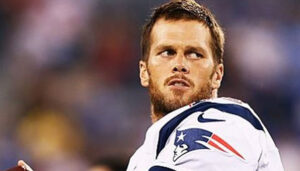 Ruiz told the Wall Street Journal he plans to watch Brady’s performance in the 2017 Super Bowl, but declined to make any prophetic utterances about the outcome.

“This game is very even,” Ruiz said, hedging his bets. “Either team can win, but the most important thing is to see the game, to enjoy it, because it is beautiful.”

Ten reasons Jesus is returning sooner than you think

Muslim woman became first in her village to follow Jesus