For six months, Yvette Castillo was homeless, popping pills and drinking alcohol. She was pregnant and took refuge in abandoned house with crack addicts where she was raped.

“I was trusting the drugs instead of trusted God to make me happy,” Yvette said in a YouTube testimony. “I thought it was an easier solution, but it wasn’t.”

Yvette now lives in Houston with her husband and kids and goes to church. She’s come a long way from the beginning of her downfall at three-years-old, when she was first molested.

Raised by an alcoholic father and a mother who disappointed her, Yvette became a troubled teen. With hate raging within from deep hurts, she actually invoked the powers of darkness one day while alone in her bedroom. 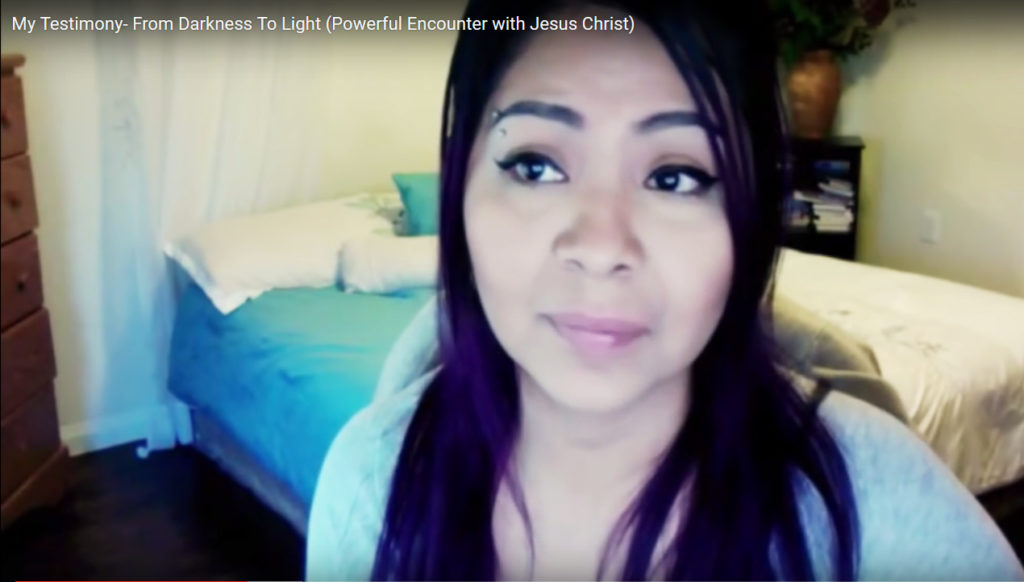 “I said, ‘Give me the power to hurt everyone, to stop people from messing with me.’” she said. “I didn’t know that I was making a pact with the devil. I knew who I was talking to, but I didn’t know how serious it was.”

She fought everyone at school who looked at her funny, and she disrespected her teachers. She was cutting and using drugs. Not youth camp, not juvenile hall, not counselors could help her change course.

She gave birth to a child at 14 years old.

“Not even my child stopped me from doing bad things,” she said. “It was a force that had taken over me, and nobody could stop me.”

Kicked out of school and out of her house, Yvette fell into the clutches of an abusive boyfriend.

“He hit me. He mistreated me. And I felt like I deserved every bit of it.” 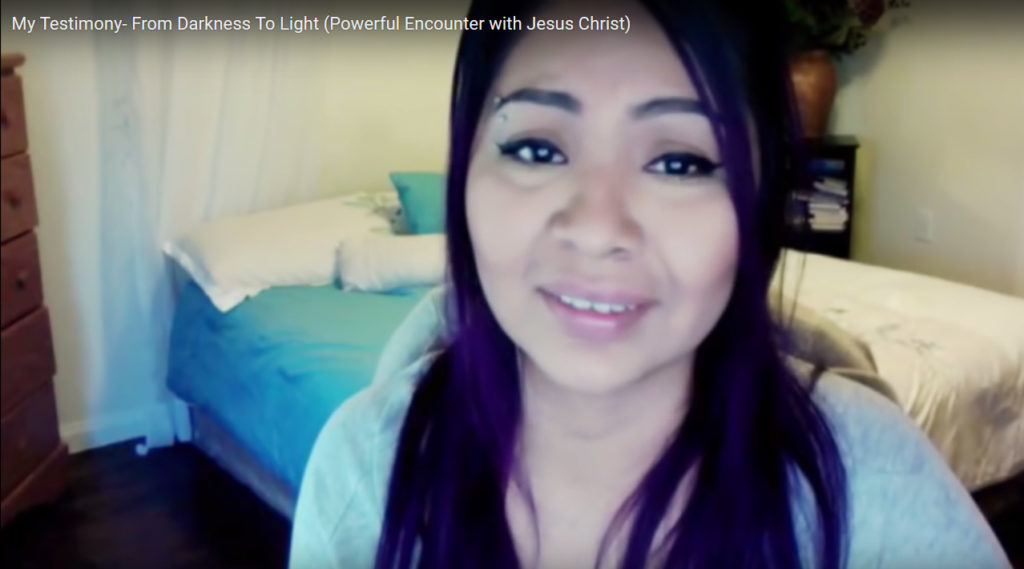 In the midst of her ordeal, she had two abortions.

Leaving that boyfriend is how she became homeless. Pregnant and alone, she tried to mask the inner pain with pills and alcohol, which she paid for by stealing.

Her next boyfriend got saved and pulled her into church. She was on fire and serving God for a time, but then started feeling disappointed with the older Christians whose lives she thought didn’t align with Jesus’ teachings.

“I was a baby Christian, and they had been going to church for so many years, they should know better,” she said. She left the church and Christianity. “God I’m sorry, but this is not going to work,” she said.

“Little did I know that this was the enemy messing with me. I ran from God for five years.”

She ran back to alcohol and partying. Separated from husband, she became suicidal again and suffered anxiety, panic attacks and depression. She was hearing voices and the devil laughing: “This is where I wanted you. We’re going to destroy you and your children.”

At the end of her rope with no escape in sight, she cried out to God. The return to Jesus began with her teenage daughter, who was similarly messed up. Mom decided that the only thing that could help her daughter was God, so she took her to church.

She had no intention of staying, but some friends prevailed on her and she listened to the sermon. In that first service, God spoke prophetically through the preacher to her daughter, who became greatly encouraged and starting feeling great peace.

“I was so ashamed of what was going to come out,” she said. “I was ashamed that God was going to reveal to him that I was doing drugs. I didn’t want to get exposed.”

But again, a friend prevailed on her, and she reluctantly went up to the front for prayer.

To her surprise, the preacher said: “God just wants you to know that you and Him are good. He doesn’t hold anything against you.”

The effect of the words of love and acceptance melted away her last resistance.

“I felt so much lighter. It was crazy. Something awoke inside of me that God spoke to me and said ‘I love you.’”

She renewed her church attendance, this time with a new heart and new eyes to overlook and forgive fellow believers’ faults.

But quitting the marijuana, which she considered her medicine to keep her upbeat, was not so easy. Her head would throb and her emotions scramble when she tried to quit. She pleaded with God and was disappointed for a time as she sought deliverance.

Finally one Thursday morning, she woke up feeling it would be a new day. She felt motivated on her morning walk. She was listening to praise on her headphones: “I surrender,” the lyrics went. “I want to know you more.”

She was alone in the park. Slowly the atmosphere started to feel increasingly other-worldly.

“Something spoke to me: ‘Worship God. Lift up your hands and worship God,’” she said. “That voice kept coming to and got so overwhelming.”

Embarrassed to be seen raising her hands in the park, she glanced around and saw no one.

“As soon as I lifted up my hands, something began to happen. I started to cry and couldn’t stop crying,” she said. “I started feeling the presence of God, his holiness, his love, his mercy. It was like I wasn’t even at the park. I was in front of His throne. It was God.

“When I felt his presence, I started saying I’m so sorry for ever walking away. His forgiveness and love and mercy were just so beautiful. I felt a new creation born in me. God told me: You are no longer bound to sin, to addiction, to anxiety. I have rescued you from darkness.”

Yvette saw a vision of Jesus descending and wrapping her in His robe.

“When I saw that, I was in tears because I knew that God had made me clean,” she said. “It was such a beautiful experience.”

In all, she spent two hours at the park communing with God. The grass, trees and sky glistened with a beauty she had never seen before.

Once home, she pulled her stash of marijuana out of the closet. Instead of tempting her, it repulsed her and made her nauseous. She flushed it down the toilet.

“Never am I going to put that inside of my body again,” she said. “I’ve abused the temple of the Holy Spirit. God delivered me. God brought me back even stronger.”