A group of high-powered MIT and Harvard professors were featured recently at a forum to debunk the notion that there is a conflict between science and faith.

Rosalind Picard and Ian Hutchinson are professors at Massachusetts Institute of Technology while Tyler VanderWeele and Nancy E. Hill are professors at Harvard University – and all four are firm believers in God and integrate their faith and their research seamlessly.

“People who think they can’t deal with faith are really just deceiving themselves,” said Picard, the founder of the branch of computing known as affective computing. “All people in science are accepting something on faith. The question is what are evidence for that, and do you accept the kinds of evidence that is not scientific?”

Recently featured on the Veritas Forum, the academes are upending the notion that all scientists are atheists and that science opposes faith.

“The famous scientists of history, many of them were in fact Christian believers,” said Hutchinson, who is developing magnetic “bottles” for nuclear fusion. “If you think about James Clerk Maxwell or Michael Faraday or (Arthur) Eddington or (Robert) Boyle or Newton and so on and so forth, these were people who were not atheists. They were deeply believing Christians. It’s a fallacy, it’s a myth that science and religious understanding of the world have always been at war.”

Picard began as “proud atheist” who, in middle school, boasted to her mom that she would debate evolution and “whop those stupid creationists. I thought religion was something for people who were non-thinking or it was a crutch.”

Her neighbors in Atlanta invited her to church, and she faked stomach aches to get off the hook for six weeks, until finally they suggested she just read the Bible. 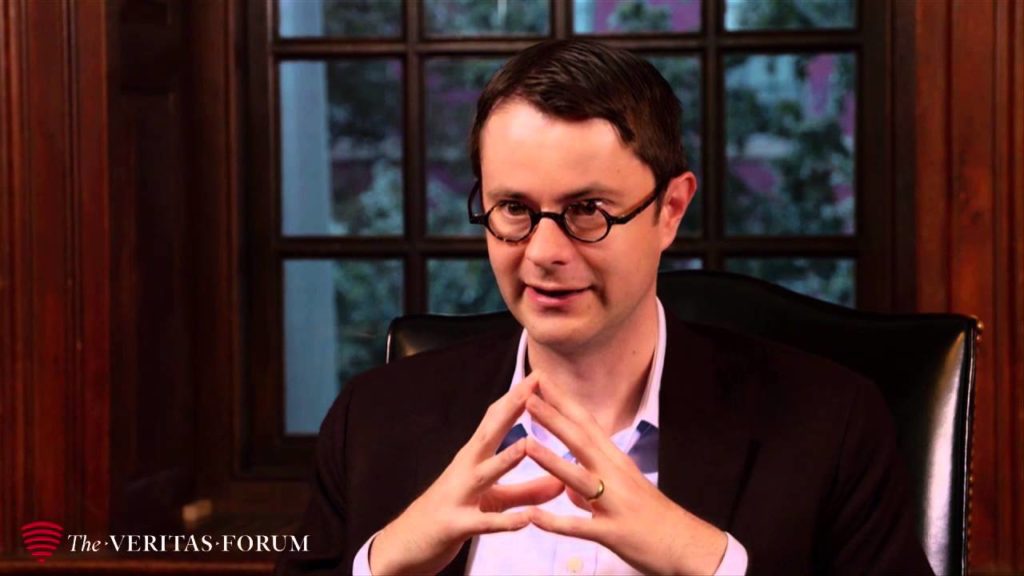 But it wasn’t until her undergraduate studies in electrical engineering at Georgia Institute of Technology. She got her PhD from MIT in 1991 and joined the faculty seven years later, winning a full professorship in 2005. She is the founder and director of MIT’s Affective Computing Research Group.

Her research team is developing wearable technology that can detect stress in people who are poor at expressing their emotions, such as patients of autism.

Ian Hutchinson also grew up without God on his radar. When he studied as an undergraduate at Cambridge University, however, “I had some good friends whose lives seemed to be attractive and whose Christian faith seemed important to them and seemed coherent,” he said.

He agreed to attend some lectures by Michael Green and essentially heard the gospel for the first time in his life.

“After a period of consideration, I realized that I kind of did believe,” Hutchinson said. “Christianity made sense to me. It made intellectual sense to me. In order for me to be true to what I thought was reality, I needed to take a step of commitment to faith and become a follower of Jesus.”

Today, Hutchinson is a professor of Nuclear Science and Engineering at MIT and researches nuclear fusion as a cheap and powerful alternative to produce electricity. He has written 160 journal articles and was the chairman of the Division of Plasma Physics group of the American Physical Society in 2008. He has written about the limits of science and the power of faith in a book titled “Monopolizing Knowledge: A Scientist Refutes Religion-Denying, Reason-Destroying Scientism.”

“Science has not disproved religion. That idea is wrong,” he said. “People believe or disbelieve in religion for much more complicated reasons than just their intellectual ideas.”

Tyler VanderWeele, a professor of epidemiology at Harvard School of Public Health, rocked the secular world when he published in May of 2016 a study that showed churchgoers live longer than people who eschew the pew.

“For the most part, I see the relationship between science and the Christian faith as not one of antagonism but one of mutual contribution,” VanderWeele said. “Science has given us tremendous insight into our world and how it works. It’s made clear the incredible order that’s manifest in Creation. It’s given us a better understanding of God’s work in the world.”

VanderWeele gently prods his unbelieving colleagues to consider the historical evidence of the empty tomb and the otherwise-inexplicable surge of courage in the disciples after they had seen Jesus resurrected.

“There are interesting historical arguments that provide some evidence for the resurrection,” VanderWeele said. “They are potent arguments worth considering that point you in the direction of Christianity.”

VanderWeele holds degrees in mathematics, philosophy, theology, finance and biostatics from Oxford University, the Pennsylvania University and Harvard. How does anyone get so many degrees in one lifetime? But it’s his math degree that has framed his life more than the others.

“Science gives us considerable insight into the world and how it works. The order in math is quite astounding,” he said. “For me it points to the beauty of God’s creation. It points to, as far as I can see, some Designer. Why do we find the complexity in all forms of life? It’s very difficult for me to look at our world and the discoveries in science and not to see a Designer behind it.”

Nancy E. Hill is a professor of education at the Harvard Graduate School and has won many awards. God brought race and faith together for the development psychologist.

“I was studying the issue of culture and race at my work,” she said. “Not quite audibly, God just kind of said, ‘I’m bigger than your African-American-ness. I’m bigger than your racial background. In fact, I created racial and ethnic identities and different cultures. I created it and you’re studying it. Let me show it to you.’”

Does string theory point to the nearness of heaven?