He was one of four finalists on American Idol, then the singer’s rendition of “Hallelujah” went to the number one spot on the iTunes singles chart.

But since his late teens he had been harboring an “awkward” secret: “I hate to say this. It’s embarrassing, but I was addicted to pornography,” Jason Castro declared on an “I Am Second” video.

“The show was two-and-a-half-months of intense stuff that was cool and it was easy to stay busy, but as the tour started I found myself more and more in a lonely place,” he recounted on the video.

He said he wasn’t prepared for the power and potency of the images available on the Internet. “It started out small, every now and then, but then it kept growing,” he said.

“By the time I was on this tour I was looking at stuff every day, multiple times a day.

This addiction was really bothering me, bringing me down, keeping me depressed.

I wasn’t sleeping at night. I would stay up all night.”

It was relentlessly repetitive. “I would go back to the thing, the addictive cycle. I couldn’t stop.”

Then he took a step beyond the images on his screen. “I ended up sleeping with somebody on tour. It wasn’t on the computer; it was in real life. I found myself doing something I had never even come close to with my girlfriend, my future wife,” he said.

He and Mandy Mayhall had been friends at Rowlett High School in Texas and started dating in 2008. “We hardly kissed and here I had just slept with somebody that I barely knew,” Jason said.

The secret began to eat away at him. Four months later he told Mandy the truth. “Naturally, she didn’t expect it. It brought lots of tears. I asked for her forgiveness,” he said.

The couple’s engagement was called off and time passed. Jason wasn’t sure if reconciliation was possible. But four months later Mandy called him to discuss forgiveness and their relationship was restored.

Jason and Mandy married January 2, 2010 in their hometown of Rowlett. “My wife told me if I ever look at pornography we’re getting a divorce. I told her I would never look at it.”

Jason put safeguards in place to prevent any further problems. “I thought I was good with accountability software and thought I was safe.

But after their marriage he slipped once again. “I discovered some loopholes. I had a smart phone and it was easier than ever. Now it was in my pocket anytime and anywhere I wanted it.”

He couldn’t tell his wife due to the threat of divorce. The problem continued to create an emotional wedge between the two of them. “It made us grow separate She didn’t know what it was. She thought it was her.”

“I was a coward and didn’t want to tell her.”

After eight months of marriage, the Castros were invited to a 12-Step support group in their church. “My wife wasn’t expecting that,” Jason said. “She started crying. She never pictured her life like this.”

In listening to other people’s burdens, Jason found a small measure of hope. “It was weird, but in people sharing their struggles, God used it to reveal to me and everybody else this is how it works.” 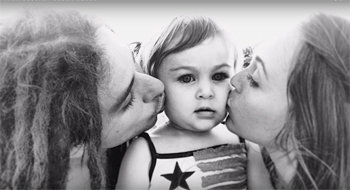 “After a couple months I confessed to her in front of the group and asked for forgiveness. It was a really tough night. This was the darkest time, with my wife wanting a divorce, fighting all the time, breaking stuff, just embarrassing things,” he confessed.

Even in Jason’s public confession, he had not disclosed everything. “Finally one night I got everything out. I tried to think of anything in the past my wife would be offended by, so she could love me.”

“That’s when everything started to change because I started feeling more free.”

Jason’s relationship with Jesus Christ reached a critical juncture. “I always believed in God but didn’t trust him with everything. I thought this thing was too dirty and too dark to share with anybody. Once I trusted it with him we started the godly road of living a godly life and being in community and being known. It feels good to be known.”

To remain free, Jason erected strong boundaries in his life. “I got rid of my cell phone. I got rid of every outlet. I said all right, let’s take away every potential hazard.”

He is also rigorously transparent with his wife. “If I feel tempted to go look at pornography and I don’t tell anybody, it’s only a matter of time before something happens. I share with my wife if I take any step toward it, any sneaky move, and it’s been amazing.

“She understands it’s a struggle we have and this struggle may never go away. It’s part of my flesh, but I’ve been able to overcome it.” 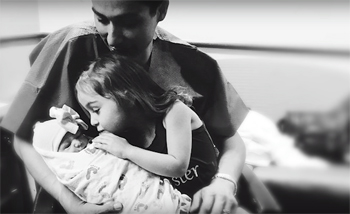 Jason views it as a miracle to have his marriage and family intact, and to have a better relationship than either of them imagined.

He doesn’t want anyone or anything to be first in his life other than God. “I’m able to be free of those things because of Jesus Christ and now I’m a free man.”