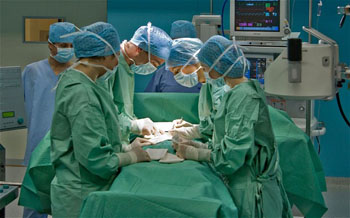 With seven collapsed arteries around his heart, he hovered near death. But in the midst of his health emergency, God brought unusual encounters with the supernatural realm that inspired his faith.

It all began with chest pains. “I thought maybe I was just tired,” says Don. The next day he picked up his wife, Kathleen, from the airport and she insisted they drive to the hospital immediately.

After an angiogram, his doctor came in with grim news: “Your husband is dying,” he told Kathleen. “I need some more doctors to look at this. There are seven arteries that are 70 to 95 percent collapsed,” he said.

When they lifted Don on a gurney, his heart attack began. “It was like an elephant standing on my chest,” Don recalls. “The pressure was unbelievable, and then I was out, gone.”

After eight hours of surgery, things were not going well and Kathleen redoubled her prayers. Something is not going right, she thought.

Surgeons performed five bypasses, but then Don’s brain waves stopped. The operation had overstressed his body.

The physicians sewed him back together and shocked his heart. Miraculously, his heart began to beat once more and his brain wave activity resumed.

Kathleen sat by his side in ICU, with “tubes sticking out everywhere.”

“In the middle of the day a female Asian doctor came in and took my chart and she hopped up on my bed. She told Kathleen to get my prescription. She said to take down what she said.”

As Kathleen jotted down notes, they were surprised when the doctor said, “I don’t want you to take any of this medicine.”

She hopped off the bed and put the chart in the door. As she walked out, Don’s nurse walked in.

“What is the name of that female Asian doctor who just walked out the door?” Don asked.

“We don’t have any Asian female doctors in this hospital. Nobody walked out the door.”

“Didn’t you see her?” they asked, incredulously.

Kathleen and Don believe their mystery nurse was an angel, and they followed her instructions about his medications carefully.

Don improved faster than doctor’s expected and they released him to go home. He tried sleeping in the same bed with Kathleen, but when she turned over in the night she hit his chest, so he moved to the couch.

Two days later he was lying on the couch. It was close to midnight. “I heard somebody walk up behind me,” he recalls. That’s cute, he thought, Kathleen has come to give me a kiss goodnight.

Then he realized it was not Kathleen standing behind him. Then he saw something amazing. 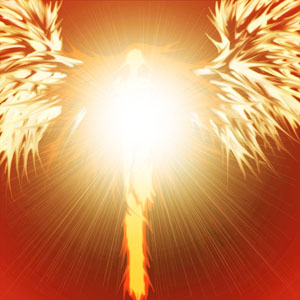 “Standing above me was a bright flame of fire,” he says. “It started to move away from me. As it was moving, I could hear wings whooshing, like helicopter wings. It moved across the back of the room, moved up and out the window. I was petrified.”

“When I could compose myself I thought, Lord, I’m usually skeptical of these things. I need to know what happened here.

A couple days later a friend from church dropped by. “Two nights ago God told me to bring this to you,” she said. She handed Kathleen a small jewelry box.

On top it was inscribed: “I have sent my angel ahead of you to guard you on the path to the place I have prepared for you.”

Their eyes widened with wonder as they began to comprehend the unique method God chose to encourage their hearts.

Five years later, Don had his heart valve replaced and two more bypasses. He and Kathleen spent their 45th wedding anniversary together in ICU.

Doctors informed him they will not be able to perform any more surgeries on his heart. “I’m out of arteries,” he says.

Today, Don finds himself exhausted much of the time. “I am breathing OK, but breathe deep a lot and gasp a lot. I can’t work more than an hour in the yard.”

Despite the continued health challenges, his encounters with the living God brought encouragement. “He has really blessed me. If you confess your sins, God is faithful to forgive. I realize His grace has nothing to do with my behavior. I am so grateful and I want to stay close to him and follow his Word.

“I don’t want to careen off his path. Every single day is a gift. I am willing to do what he wants me to now.”