The doctrine of Hell, claims an article in National Geographic, “isn’t as popular as it used to be.”

But evangelist David Stockwell apparently hasn’t received the memo. He has preached on Hell at every single one of his evangelistic meetings through 45 years of fulltime evangelism and told Baptist Press he sees people respond “with conviction and a great desire to get right with God.”

Stockwell, president of the Conference of Southern Baptist Evangelists, is among evangelicals who defend the traditional doctrine of Hell and dispute the notion that individuals who have not received Jesus as their Lord and Savior simply cease to exist when they die — a belief known as annihilationism and defended by some scholars quoted in the National Geographic article.

Other proponents of the traditional view — like California pastor Ben Skaug and Boyce College professor Denny Burk — dispute National Geographic’s suggestions that annihilationism may soon become the dominant perspective and that belief in eternal conscious torment for the unrighteous has not always been the consensus view of Christians.

‘Compelled to preach the truth’

The National Geographic article, published May 13, reports that 58 percent of Americans believe in Hell, down from 71 percent two decades ago. The article quotes seven contemporary and historical Christian figures who have defended annihilationism and four who support the traditional teaching on Hell. 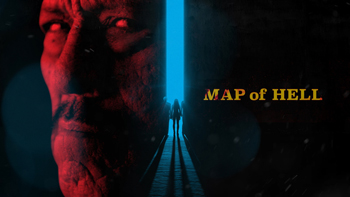 In tandem with the article, the National Geographic Channel aired a documentary titled “Map of Hell,” which explored the history of belief in the afterlife.

In the article, writer Mark Strauss claims “it is difficult to know” where “most evangelicals stand on the issue of hell.” He references “a conundrum that continues to tug at the conscience of some Christians, who find it difficult to reconcile the existence of a just, loving God with a doctrine that dooms billions of people to eternal punishment.”

For Stockwell, the greater “conundrum” is how a holy God can accept sinful humans as His children.

“Eternal judgment in pain, agony and flames of Hell are what we all truly deserve,” Stockwell said. “But God … who is rich in love and mercy, because of His great love for us, so loved the world that He gave His only Begotten Son” to pay “the penalty for our sin.” Only those who do not receive this gift must suffer judgment in Hell.

The mandate to preach Hell as a place of eternal conscious torment, Stockwell said, stems from Scripture passages like Jude 1:22-23 and the fact that “Jesus talked about Hell twice as much as He talked about Heaven.” During Stockwell’s ministry, messages that included discussion of Hell have led people to Christ who went on to become International Mission Board missionaries and leaders at prominent churches among other paths.

“If we really believe God and what He has said in His Word,” Stockwell said in written comments, “then we would be compelled to preach the truth of what God has said: that those who die without Christ in their hearts will spend eternity in Hell, forever and ever! We would realize that our friends and neighbors, members of our own families, people all around us are dying in sin, without Christ, and on their way to Hell.”

Skaug, who is writing a doctoral dissertation on the doctrine of Hell at Gateway Seminary of the Southern Baptist Convention, noted that judgment of the wicked is commonly referenced in Scripture as an expression of God’s justice.

The Old Testament Minor Prophets spoke of “the day in which God would bring judgment to the wicked.” In the New Testament, every book “speaks to or references God’s judgment of the wicked,” said Skaug, executive pastor of Los Angeles-area Immanuel Baptist Church in Highland, Calif., and a former vice president at Gateway Seminary.

“Since all judgment has been given over from the Father to the Son, Hell is the place where Jesus Christ will 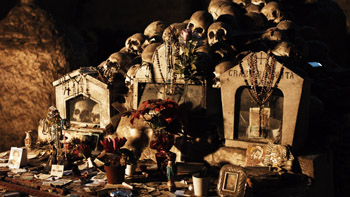 sentence the wicked (John 5),” Skaug said. “It will be a place where they will face eternal fire (Matthew 18:6-9). This place is the very same place that has been prepared beforehand for Satan and his fallen angels (Matthew 25:31-46), where the worm does not die and the fire is not extinguished.”

Hell, he said, “is described as eternal destruction in 1 Thessalonians 1:5-10. In other words, it is the place where the omnipresent God is actively pouring out His perfect wrath on the wicked who have rejected Jesus Christ.”

Skaug questioned National Geographic’s claim that “in its earliest years, Christianity didn’t have a consensus on the nature of hell.”

Theologians like Tertullian in the second and third centuries and John Chrysostom in the fourth century believed in eternal conscious torment, and Augustine popularized that view in the fourth and fifth centuries, Skaug said.

A matter of authority

In the end, Skaug said, beliefs about Hell are determined by an individual’s view of Scripture.

“Our job is not to judge the Scriptures to determine if they fit inside of our Westernized perspectives, but rather allow the Word of God to mold and shape our thinking so that our thoughts are closer to God’s thoughts,” he said. “If the Bible declares that Hell is a real place, then evangelicals should not be embarrassed to proclaim the traditional doctrine of Hell as truth.”

Burk, who contributed to the 2016 book “Four Views on Hell,” made a similar observation, suggesting many theologians who reject the traditional doctrine of Hell “tend to be drifting in other crucial areas of doctrine as well.”

“I do not claim this is true in every individual case,” Burk, professor of biblical studies at Boyce, wrote in a blog post, “but it is true in many cases. What we believe about Hell is fundamentally a reflection of what we believe about God, His character, and His justice. Revisions in the doctrine of Hell, therefore, are often accompanied by other revisions that undermine orthodox evangelical faith.”

The National Geographic article, Burk wrote, uses a tactic common among annihilationists when it notes that Anglican author and pastor John Stott, who died in 2011, was an annihilationist.

While expressing profound respect for Stott, Burk argued “he had a patently unbiblical view of Hell” which, because of Stott’s “otherwise impeccable credentials,” has “provided cover for others who have drifted away from the traditional view.”

Burk questioned a prediction attributed to theologian Preston Sprinkle by National Geographic that “even within conservative evangelical circles, the annihilation view of Hell will be the dominant view in 10 or 15 years.”

“In the entire 2,000-year history of the Christian church,” he wrote, “the near consensus view has been the Eternal Conscious Torment view. The recent decline of that view in the West may simply be a sign of Christianity’s decline in the West. I’m not convinced it’s a sign the Christian church is undergoing some historic shift in its doctrine of Hell.”

Among Southern Baptists, seminary professors and other entity leaders must affirm the Baptist Faith and Message, which states in Article X on “last things,” “The unrighteous will be consigned to Hell, the place of everlasting punishment. The righteous in their resurrected and glorified bodies will receive their reward and will dwell forever in Heaven with the Lord.”