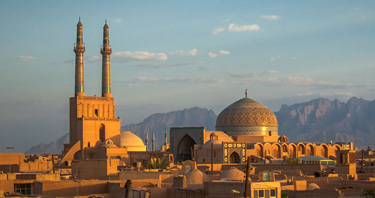 Husain* grew up in a region with some of the hardest spiritual ground in the world for Christianity to penetrate – yet God always finds ways to soften stony hearts and bring deeply satisfying peace to his children.

It seems this young Muslim man had become dissatisfied with Islam, according to a report on the Frontiers USA website. After a Christian TV program got Husain’s attention, he contacted the network for more information.

His contact information was passed along to a Christian worker named Tony* — affiliated with Frontiers — who scheduled a time to meet with Husain.

Over the next few weeks, they had many deep conversations about faith. Husain had come to realize that Islam couldn’t provide all the answers. The truth of God’s Word became the key to unlocking the door to the young man’s heart.

Then, inexplicably, weeks went by and Husain failed to return Tony’s calls and texts. Tony worried about what this delay might mean, but trusted in God’s timing.

Finally, Husain answered and the two made plans to meet at Husain’s home. Tony arrived after dark, and they dove back into a passionate discussion. It soon became clear there was one central question bothering Husain.

“I understand a lot of what the Bible says, but I really don’t understand the Trinity,” he said. “How can there be multiple gods?”

Tony wasn’t surprised by this question because many Muslims wrestle with the Trinity and the idea that Jesus is God.

As they went back and forth over the matter, suddenly, God brought Husain an epiphany.

“I think I understand! It is like my ceiling fan,” he said, as he gazed up at the three-bladed fan swirling slowly above them. “There are three blades, but it is still only one fan. So Jesus, the Holy Spirit, and God are all part of God.” 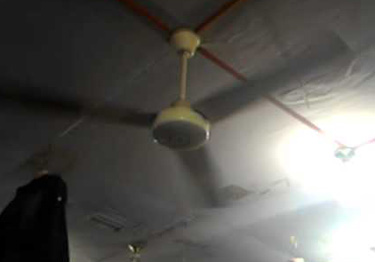 Husain’s eyes began to fill with tears. He was ready to surrender to Jesus as his Lord and Savior as God enabled his heart to believe. “I want to be a disciple of Jesus,” he exclaimed. “That’s really what I want.” Big tears rolled down his cheeks as they talked about what it means to follow Jesus.

Then Husain felt something amazing descend on him. “This is so incredible, this peace inside me,” Husain exulted. “It’s like morphine all over my body or something! I have to tell my friends. What if I could just get five people to be as happy as I am right now?”

That night, something remarkable happened to Husain as if to put an exclamation point on his newfound faith. After Husain drifted off to sleep, he had a powerful dream. He was in a room filled with his friends. Everyone was very dejected. Many of his Muslim friends were so sad their faces seemed contorted like animals.

Suddenly, a man glowing in white entered the room. He looked around, walked over to Husain, and took his hand. “He put his hand on me, and then touched my head, and peace filled my whole body. Suddenly, we were the only ones in the room. We just sat there together in silence, and I was so happy.”

Later, when Husain related the dream to Tony, he excitedly explained, “Husain, that was Jesus!”

As they began to study the Word together, Husain gushed, “I am so thirsty, I just want to know more.” — Frontiers story adapted by Mark Ellis

To learn more about Frontiers work with Muslims, go here