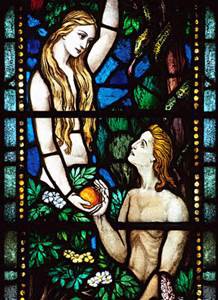 Modern-day DNA research is confirming the biblical account of Adam and Eve, according to one genetics expert.

Answers in Genesis’ Georgia Purdom has recently released a documentary explaining her findings and the scientific support for the records presented in Genesis.

“One of the most compelling genetic evidences for an original human couple created by God is mitochondrial DNA research done by creation geneticist, Dr. Nathaniel Jeanson,” Purdom says. “He clearly shows that the common human female ancestor of us all (biblical Eve) lived within the biblical timeframe of several thousand years ago.”

What the scientific jargon breaks down to is this: If evolution were true, if men and women had been roaming the planet for years, there would be more genetic diversity.

By focusing on the DNA, these scientists have been able to evaluate that men and women can trace their roots back to one man and woman, Jeason writes.

Though Jeason’s timeline differs, his research echoes a study claiming all men can trace their lineage to a single man who lived 135,000 years ago, a “Genetic Adam.”

“The Y chromosome is passed down identically from father to son, so mutations, or point changes, in the male sex chromosome can trace the male line back to the father of all humans,” LiveScience’s Tia Ghose writes. “By contrast, DNA from the mitochondria, the energy powerhouse of the cell, is carried inside the egg, so only women pass it on to their children. The DNA hidden inside mitochondria, therefore, can reveal the maternal lineage to an ancient Eve.”

For Creationists, the scientific evidence backs not only the existence of Adam and Eve and the truth of Genesis, but the overwhelming support for the need of Christ in a broken world.

Without Adam, Eve and original sin, Purdom says, we wouldn’t have a need for a Savior—and salvation wouldn’t be a necessity. But through this research, geneticists are proving the case for Christ, not just Creation.

“We need the Good News, grace and life, which is found in the death and resurrection of Jesus Christ,” Purdom says. “Jesus is the solution to the problem of evil that began in Genesis 3. Paul made this connection very clear in Romans 5 and 1 Corinthians 15.”

Please pray that more people see the truth of Creation and the truth of the one true and living Savior, Jesus Christ.–Charisma News