By Mike Ashcraft and Mark Ellis

Behind the facade of success, “Taylor” languished in fear because of his parents’ constant fighting. Like so many teenagers, he reached out over the Internet for an understanding person. Thankfully, he didn’t fall into the hands of a predator.

Taylor stumbled upon a Christian chat through the organization JesusCares.com and someone online led him to Christ. Soon, he found out a lacrosse teammate was Christian and decided to go with him to church. Eventually, his family joined him at church.

“My home feels different now,” Taylor says. “It will take time, but my parents say they want our house to be `full of Jesus’ from now on.” 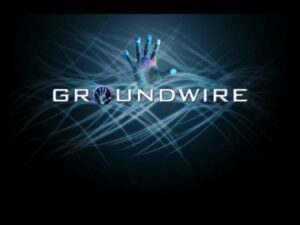 Every day, JesusCares chatters engage 180 young people, and as many as a dozen on any given day may be suicidal, says Sean Dunn, founder of JesusCares and its parent organization Groundwire.net. The round-the-clock volunteer counselors are born-again Christians with a passion to reach the lost.

With great listening skills, compassion and patience, they encourage young people who struggle with their self-image, along with loneliness, hopelessness and fear of failure.

“Young adults do not have the stability of healthy families, strong spiritual lives, and distinct purpose that used to be more common,” Dunn says. “They are struggling to find themselves, find purpose, and find hope. To quote scripture, this generation is ‘harassed and helpless, like sheep without a shepherd.’ When Jesus recognized these conditions in Matthew 9:35-38, he came to a conclusion: ‘The harvest is plentiful.’” 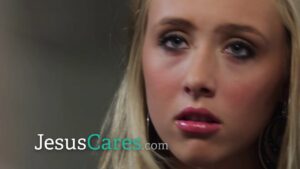 The Castle Rock, Colorado-based Groundwire pays between $10-$23 to reach every 1,000 listeners/viewers. It buys 30- and 60-second commercials on stations such as CW, MTV, Vh1, Cartoon Network/Adult Swim, Comedy Central, TruTV, FX, Nick at Night and radio stations that are playing the most contemporary music.

The brief ads confronts teens in pain with the unconditional love of Christ and then directs them to the website, where the user can download a podcast, read a devotional or talk to one of 300 “spiritual coaches.”

The new frontier for evangelism

This is the new frontier for the gospel. Old methods of evangelism rely chiefly on the invitation that can be ignored, Dunn says. But JesusCares hits teens where they are – on their favorite TV shows and radio stations – and invites them to engage through a medium they are totally comfortable with – the Internet, Dunn says.

It certainly is a paradigm shift from the street-preacher or revival services handbill. And because the Internet revolution has changed the rules of social interaction, it works. In fact, it works better than older methods, Dunn maintains.

“Sharing the compelling love of Jesus with the masses has never been easier,” he says. “Technology offers amazing opportunities to minister to people all over the world.”

Groundwire has been working the videos and chats since 2006. Then in 2013, Dunn aquired “JesusCares.com” to drive audiences to the Groundwire website and counselors. Other websites send traffic to Groundwire, Dunn says.

Not everyone receives Jesus as their Savior – at least not immediately.

But thousands of “broken and searching youth (have been) drawn to the honest dialogue we offer about spiritual issues,” Dunn says. “Ultimately we want to make sure that the chatters are introduced to the God who loves them and has a plan for their life.”

Once a young person accepts Christ, Groundwire directs them to a local church from the ever-growing list of congregations of those who have signed up on JesusCares.com to participate with varying levels of commitment, Dunn says. They are constantly looking for volunteer counselors and for funds to buy more ads.

Teens on the Internet frequently struggle with:

• Self-Image: Students are trying to figure out who they are. They are looking for acceptance, belonging, and meaning.

• Loneliness: An abnormal number of people live lonely and desperate lives in the midst of crowds all around. They feel isolated and that no one cares.

• Hopelessness: Many students feel that their life will never get better. They are trapped in painful circumstances and can’t envision a time when things will get better.

• Fear of Failure: They are afraid that they won’t live up to others’ expectations for them. Some respond by placing all of their value on their achievements. Others stop trying all together. They won’t disclose their goals, so that no one will ever know if they fail.

• Transition to Independence: Many students rely on their parents’ faith, morals, and convictions without developing their own. When it’s time to venture out and make their own choices, they give leadership of their life to the first person or group that comes along.

• Lust, Immorality, and Sexual Addiction: Many people (even Christian young people) are caught in this horrible battle with lust. They are drawn in by sexual images and fantasies but then feel dirty and guilty after giving in to them. The shame that comes from sexual mistakes continues to hold them in a difficult cycle. They want to be pure but don’t know how to get there.

• Spiritual Connection: They hunger for a real and personal relationship with the Living God. They long to know God intimately but have never been taught how. It has not been intentionally modeled for them. So, they wonder if the person down the street, who appears so close, loves them more than a seemingly distant God. They think something is wrong with them. (These bullets are all information from JesusCares.)

This type of preaching the gospel is “interruptive,” Dunn says, because the ads confront the youth with the love of Christ on their favorite media.

“JesusCares is about making it hard for anyone to go an entire day without hearing about the God in Heaven who loves them,” Dunn says.

JesusCares is building toward a national launch date in which the message of Christ will be blasted to even more media and reach millions, Dunn says. Beyond that, there are other key nations waiting to be impacted by the message of the love of Christ.

“The goal is to flood the culture with pictures/messages about Jesus as He truly is–kind, loving, compassionate and forgiving,” Dunn says.

Recently, a girl from a Christian home was encouraged to brave the worst and seek her parents’ help in getting a pregnancy test, Dunn says.

“Praying with the coach and experiencing the support of her parents has helped this young woman deal with feelings of shame and fear and withstand pressure from the baby’s father to get an abortion” Dunn says.