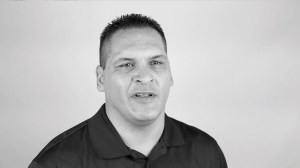 When his father died of a heroin overdose, an embittered Roman Gutierrez vowed to do the same.

“I’m gonna stick a needle in my arm, God,” Roman said. “The same way You killed my father, You can kill me,” he recounted in the biography Twice Dead.

At age 11, he fulfilled the vow and jabbed his arm.

Roman grew up on San Antonio’s west side, where drugs and violence were pervasive, the child of a broken home. He was sexually abused at age seven. He became a fighter and a partier who lived recklessly because he hated life.

The rage following his dad’s death was only compounded by the fact that he received the news when his dad was supposed to pick him up for some father-son time. His was a life void of love.

His first arrest came when he and friends broke into a local convenience store late at night to steal alcohol. Since they heard no alarm, they carted off case after case. Eventually, a patrol car pulled up and nabbed the youngsters.

While in juvenile hall, he busted a kid’s nose for mocking his father’s death and seven months were added to the original six-month sentence. 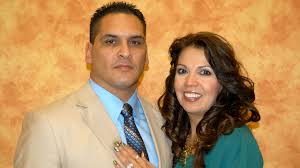 When he was released, he showed up at his grandmother’s place. Purposeless, directionless, and despairing of life, he swallowed 82 sleeping pills in a suicide attempt. His grandmother found him prostrate on the floor and rushed him to the hospital where they pumped his stomach and saved his life.

He stole car batteries so he could buy a $10 bag of marijuana to keep up his party lifestyle.

In one party, he became enraged when he saw some girls shaving the legs of a friend as a prank while the friend slept, under the influence. Roman, who was victimized by a predator when he was defenseless, hated it when people were mistreated in a helpless state. He chased the girls home and broke their window with his bare fist to teach them a lesson.

The broken window caused a deep gash, and the blood squirted out of his arm unchecked. An ambulance was called and he was rushed to the hospital. The last voice he heard was, “We’ve lost him.”

Reportedly, Roman was dead for six minutes, but emergency doctors managed to revive him. After a 42-hour surgery, they saved his arm, though it wasn’t useful for much and in some places felt numb. (After Roman got out of the hospital, he would burn the flesh on the unfeeling parts of his arm with a lighter to impress friends at parties.)

While he was at the hospital for three months, an older woman visited him and shared the gospel.

“Jesus loves you,” she ventured to Roman. A menacing look came over his face and he growled at her. Then he yanked out his urine bag and heaved it at the startled woman. Fortunately, his aim was bad.

His mom was starting to go to church and get her life turned around, but Roman didn’t want any part of it.

Whenever Roman thought of God, angst rose in his heart for the horrible life he’d been given. When he got out of the hospital, he adopted as his life philosophy: “Heaven doesn’t want me, and Hell’s afraid I’ll take over.”

His reputation became legendary in the neighborhood as one who came “back from the dead.” He continued fighting and threw hard punches. He was careful to conceal the fact that one of his arms wasn’t much good for the brawls. He had girlfriends but would quickly get irritated with them and dump them.

In one gang fight, he took a bullet to the head, but it didn’t penetrate the skull. Because of his aversion for hospitals, Roman preferred that his friend’s drug-dealing mother stitch him up with one of the needles she used for roosters in the cockfights she ran.

At 17, his cousin shot him when Roman snatched from him the last “hit” of heroin. Juan was out of control under the influence of drugs. The bullet only caused a flesh wound.

His repeated scrapes with death only gave Roman the sensation that he was immortal.

At 19, the same peccadillo of snatching a friend’s last dosage got him into trouble with another friend, Tony. No one could beat Roman fighting, so the opponent would escalate things and resort to weapons as the only way to beat him. After Roman left Tony unconscious with some jabs to the head, he sniffed the coke and drained a beer and watched T.V.

The next thing he knew, Tony had knifed him in the stomach and the chest. Roman grabbed his wrist and wrestled for control of the large meat carving knife.

“That’s the last time you steal from me, man,” growled Tony, with a crazed look in his bleary eyes.

Roman fell to his knees, and everything went black.

“This time I’m dead for sure,” he thought.

But the emergency room again resuscitated him. The knife had missed his heart by an inch-and-a-half.

While recovering in the hospital, he had time to reflect on life. Only his mother visited him. It seemed he was friendless and virtually loveless.

By age 25, he was living under a freeway overpass and participating in cage fighting.

His mother was changing. Instead of cursing him and telling him she hated him, she now smiled and repeatedly told him she loved him. She even apologized for her past sins.

After another failed suicide attempt, Roman promised his mother – who had called him at 2 a.m. prompted by Spirit – he would go to church. With the promise, he didn’t tell his mom he was trying to overdose. If he survived, he would go.

When he walked into church, he felt extremely out of place. Everybody was dressed nicely, and he hadn’t bathed for days. They all smiled, and he glared.

When an usher gently tugged his arm to escort him to a seat, he whirled around and shoved the guy against the doorframe. “Don’t touch me, man, or I’ll break your face in!” he snarled.

The startled usher replied, “Ok, sit wherever you want.”

As the church started singing, he worked on projecting his usual persona of intimidation.

But he also started feeling something strange happening in his heart. Something in him told him to run, but he was drawn by a sensation he didn’t understand. His throat choked up. He began to cry.

While the singing continued, the pastor and his wife came over to him and gently escorted him to the front. This time, he didn’t fight.

“What is happening to me?” he wondered.

“Today is your day,” the pastor’s wife told him.

He felt utterly exposed before God. God knew his every sin, his every pain, his anger and hatred.

“If you will call on his name, you will be free,” the pastor was saying. “You will never be the same. Jesus is going to set you free. Ask God to have mercy.”

Roman had never felt free. He felt like a trapped animal. He had never known mercy before.

“God, I am sorry,” he prayed. “I am sorry for all my sins. I need your forgiveness. I believe Jesus died in my place and shed blood to cleanse me. I believe you rose from the dead and are alive to help me. I give you my life.”

When Roman had entered the church, he hadn’t seen his mom. Now he was overwhelmed with a desire to embrace her and apologize. “Mom, I’m so sorry for all that I’ve put you through,” he sobbed.

That very afternoon when his cousin Chuy invited him to do drugs, he said he had no desire for drugs.

“I went to church this morning, and now I’m different,” he said, marveling at his own transformation and still unsure of what was taking place. “I’m born-again.”

Chuy mocked him and scoffed that it would be short-lived.

Ordinarily, Roman would beat up anybody who mocked him. But now he felt no desire for retribution.

“Chuy, it is real,” Roman said, half wondering at what he was saying. “I wish you could feel what I do. I feel free. I feel clean.”

Chuy didn’t buy it, but Roman never fell back into drugs or alcohol.