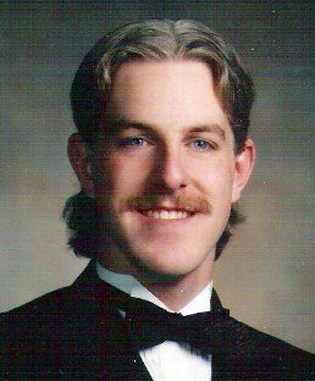 When Shawn Harrison was nine-years-old, he realized he was more attracted to his guy friends than his girl friends. After he came out of the closet in high school he was severely attacked by Christians, but a powerful encounter with God a few years later launched him on an unexpected journey with Christ.

“I wasn’t the typical boy,” says Harrison, founder of Six:11 Ministries and the author of Ministering to Gay Teenagers (Group Publishing & Simply Youth Ministry). “I wasn’t very athletic; I was more reserved and creative.”

His parents divorced twice: once when he was three-years-old and the second time when he was in ninth grade. When he started middle school, other students began pointing fingers at him. “I was labeled gay and I didn’t really understand what that was.”

But a year later as he sat home watching a PBS news segment about homosexuals, he saw two men kiss for the first time on television. “Immediately I knew that’s what I was,” he recalls.

In high school, Harrison and his best friend – also gay – decided to publicly announce their homosexuality at the same time. Harrison had few reservations. “I had no conviction it was wrong. I thought it was natural, the way I was made, so I fully embraced it. If people didn’t like it, tough.”

He and his small circle of friends got savaged verbally, if not physically. “We received death threats. People threatened to beat us up almost every day. There was verbal abuse; my main name in high school was faggot.” Harrison was thrown down and beaten by other students.

“It wasn’t the jocks who picked on us; it was the Christians,” Harrison notes.

Warnings about his eternal destiny alienated him. “It was stated we would burn in hell because of what we did and that God hates us,” he recounts.

Although he attended Catholic school until 7th grade, he drifted into agnosticism as he got older. But the verbal taunts in high school left their mark. “It fueled my hatred for God all the more,” he says.

Amidst this sea of adversity, there was one Christian named Yvonne at the school who befriended him and his group. “She wanted to be our friend regardless of the fact that we were gay, atheist, or agnostic,” Harrison notes. “We knew she didn’t agree with our choices, but for the first time, she displayed what Jesus was really about.”

“We knew she loved Jesus, but she didn’t shove the Bible down our throats.”

Harrison graduated high school in 1996, and promptly decided to run away from home. He told his parents about his homosexuality two years before this, and it was not well received. “They didn’t know what to say or what to do,” he recalls. “I wanted to talk but they were closed off.”

He ran off with a male waiter he met at a local restaurant. Initially, they lived in a hotel room until they could save enough money for an apartment. It was in the hotel room that Harrison had an unusually powerful encounter with God.

A voice breaks through

One morning, after his roommate left for work, Harrison sat watching television. “I was perfectly fine; nothing was wrong with me, but suddenly I got very cold.”

He got back in bed, but then something strange happened. “As soon as I got under the covers I couldn’t move at all. My whole body from head to toe was freezing on the inside and I was sweating on the outside.”

As he lay there completely paralyzed, he began to remember things Yvonne had told him about Jesus. Then an inaudible voice pierced through his thoughts: You need to get up, get your things packed, and you need to leave.

He didn’t understand who might be speaking to him. He began to argue with this voice: No, I really like this guy. I’m not going to leave.

Harrison wrestled with “the voice” for a few moments until he surrendered. When he made a heartfelt decision to pack up and leave, suddenly and mysteriously, his body was able to move again.

He slowly walked outside and gazed up at the sky as a light rain began to fall. Somehow, he recognized he had just had an encounter with his Creator. “All right God. If you’re real, you need to get me out of here.”

After he got home, he immediately called Yvonne. “I think this Jesus thing happened to me,” he exclaimed. “I’m not sure how it all works, but I need some help.”

Harrison did not receive his own Bible until a few weeks later, but he counts that unforgettable encounter in the hotel room as the beginning of his walk with Jesus.

He started to attend a church, even as he continued with aspects of his former lifestyle. “I started to realize these things I was doing were not right, that it’s called sin, and I need to stop sinning.” Every time he messed up — which was almost daily — he found himself re-dedicating himself to Christ. “I said the sinners prayer multiple times,” he confesses.

“I eventually got hooked up with a ministry in Philadelphia that dealt with same-sex attraction,” he recalls. Still, the temptations did not go away. “They promised all people can be changed, but they never defined change beyond getting married.”

“I was not experiencing opposite sex attraction to women, so I assumed it didn’t work. I prayed harder and that didn’t work. Nothing worked,” he recalls.

“I thought, ‘Either this is useless, this God-thing is a joke, I really am born this way and there is nothing I can do to change that, or, I’m too far gone for God to save me.’”

Even though he deeply loved Jesus, he rationalized his conduct by adopting a pro-gay theology. “I was trying to be the best I could be for Him,” he notes. “It was me trying to make it work, instead of letting Him make it work.”

One day, sitting in his apartment, he had a second powerful encounter with God, this time in the form of a vision. As Harrison sat staring at a corner of the room, he was surprised when a large hand appeared. The hand was holding someone up and it was him!

“I saw myself in the middle of the hand. Suddenly the hand removed itself from underneath me and I watched myself fall.” Then a strong voice broke through his thoughts:

You will continue to fall until you are ready to hit the bottom.

It took him a couple weeks to come to terms with the implications of the vision. “I came to the conclusion that the pro-gay theology I was trying to live in wasn’t working. I recognized it was against God’s Word.”

“I need to trust God,” he realized. “I need to throw away my expectations and put my faith in Him. I need to walk with God no matter what.”

Harrison moved in with his step-dad, found a job, and began to dig deeper and more intentionally into God’s presence. One day he felt God impress this question on his heart:

If I never take away your same-sex attraction, will you still follow me?

Harrison wrestled again with the God he loved, until he came to the point of surrender. “I arrived at a place where I could say, ‘If my attractions never change, if I never get married, never have kids, I will still follow you.’”

At this juncture, Harrison’s life entered a new season. He met a female co-worker, Emily, in the office of a Christian camp for teens and they went out a few times as friends. But on their third date, Harrison had something startling happen, something that had never happened before.

“I realized I was attracted to her!” That’s kind of weird, he thought to himself. But Emily struck him as beautiful, she had a nice personality, and she laughed at his jokes. However, she knew nothing about his inward struggles and past history.

They went out for a picnic lunch and Harrison spilled his guts. He told her everything about his same-sex attractions and past history.

“She liked me for who I was,” he recounts. “She was willing to trust God and continue to pursue the relationship. She approached it with grace.”

Shawn and Emily got married in 2001 and now have three children. “I am physically, mentally, and spiritually attracted to my wife,” he says. “I love her; we have an active sex life. She is the only woman I’m attracted to.”

Still, God has not “cured” him of his homosexual temptations. “I still deal with same-sex attraction, but I have no desire to act on that,” he says. “I’m not faced with the temptation every day, and the power of the temptation has shrunk severely over time.”

Harrison maintains firm boundaries to guard his heart. They haven’t had cable television in their home for seven years. There are certain movies and TV shows he won’t watch, and he usually avoids rock music. “I can only listen to rock music a short time before I start thinking about things I shouldn’t.”

His life verse is from Second Corinthians, about Paul’s struggle with a thorn in the flesh. Even though Paul pleaded with God to remove it, God showed Paul His grace was sufficient, and that God’s power is perfected in human weakness.

“I’m coming to the point where I’m actually thankful for my attraction,” Harrison says,  “because no other thing in my life has caused me to pursue God more and trust God more than my same-sex attraction.”

Like any other Christian struggling with sinful behavior patterns, Harrison finds he must renew his mind daily, remember who he is in Christ, and recognize what Christ has done for him.

Shawn and Emily started their organization, Six:11 Ministries, in 2008. “Our focus is to help the church to passionately and authentically

People ask the Harrisons if they have an ex-gay ministry, or a ‘change is possible’ ministry. “We say, ‘No, we will not force anybody to change. All we do is help you focus on Jesus and come to know Him and grow closer to Him.’”

“Allow your life to be transformed by His presence.”