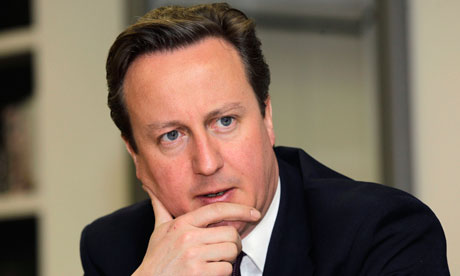 By the end of 2013 in Great Britain, pornographic images and prose will automatically be filtered by Internet providers for new customers, unless they opt in to receive them, and existing customers will have the option of activating “family-friendly” filters to their accounts, Cameron announced Monday (July 22) at the National Society for the Prevention of Cruelty to Children London headquarters.

“I’m not making this speech because I want to moralize or scaremonger but because I feel profoundly as a politician, and as a father, that the time for action has come,” Cameron said. “This is, quite simply, about how we protect our children and their innocence.”

Great Britain’s new national curriculum includes “unprecedented requirements” to teach online safety to children, and a new national campaign will launch in 2014 to teach parents how to keep children safe online and discuss such dangers as sexting and online bullying, Cameron said.

“We will give CEOP (Child Exploitation and Online Protection Centre) and the police all the powers they need to keep pace with the changing nature of the Internet,” Cameron said. “And today I can announce that from next year, we will also link up existing fragmented databases across all the police forces to produce a single secure database of illegal images of children which will help police in different parts of the country work together more effectively to close the net on pedophiles.”

“It will also enable the industry to use the digital hash tags from the database to proactively scan for, block and take down these images wherever they occur, and that’s exactly what the industry has agreed to do,” Cameron said.

But the details of Cameron’s plan were said to surprise some Internet providers, who expected less invasive steps, The Daily Beast reported.

“Something’s obviously gone wrong,” The Daily Beast quoted Dominique Lazanski, identified as a former Yahoo and Apple employee. “It’s very strange, they’ve been working on this deal for two years and then, between the negotiating table and Number 10, something changed.” Number 10 refers to the address of Cameron’s office on Downing Street.

Southern Baptist ethicist Russell D. Moore posted on his blog “Moore to the Point”, and tweeted a still-pertinent 2011 article he wrote on the role the church must play in fighting Internet pornography.

“In our time, pornography is the destroying angel of (especially male) Eros, and it’s time the church faced the horror of this truth,” Moore wrote. “This means that our churches cannot simply rely on accountability groups and blocking software to combat this scourge. We must see this as darkly spiritual and, first and foremost, reclaim a Christian vision of human sexuality.”

Groups actively fighting to protect children voiced approval of Cameron’s plans but cautioned that all steps must be fully implemented for effectiveness.

Peter Kerridge, chief executive of Premier Christian Media and Safermedia, told the interdenominational Christian Today media that the government needs to take decisive action against a “blatant and relentless assault on young and impressionable minds.”

“Our many allies and supporters can justifiably congratulate themselves on a campaign well-fought but, until these proposals are implemented, we shall maintain our vigil to combat the open door to pornography and depravity and its impact on the innocence of our children,” Kerridge said.

Cameron, acknowledging with appreciation the Internet’s role in public education and communication, said an unregulated service has birthed detrimental challenges.

“The first challenge is criminal: and that is the proliferation and accessibility of child abuse images on the Internet. The second challenge is cultural: the fact that many children are viewing online pornography and other damaging material at a very young age and that the nature of that pornography is so extreme,” Cameron said, “it is distorting their view of sex and relationships.”

“Children can’t go into the shops or the cinema and buy things meant for adults or have adult experiences; we rightly regulate to protect them,” he said. “But when it comes to the Internet in the balance between freedom and responsibility, we have neglected our responsibility to our children. My argument is that the Internet is not a sideline to ‘real life’ or an escape from ‘real life;’ it is real life.”

Cameron’s personal quest to clean up the Internet intensified after he met the parents of two children who were killed by pedophiles who had accessed child abuse images online, according to The Daily Beast.

“Everything I’ve spoken about today comes back to one thing: the kind of society we want to be. I want Britain to be the best place to raise a family, a place where your children are safe, where there’s a sense of right and wrong, and boundaries between them, where children are allowed to be children,” Cameron said. “All the actions we’re taking come back to that, protecting the most vulnerable in our society, protecting innocence, protecting childhood itself. That is what is at stake. And I will do whatever it takes to keep our children safe.” —Baptist Press www.bpnews.net