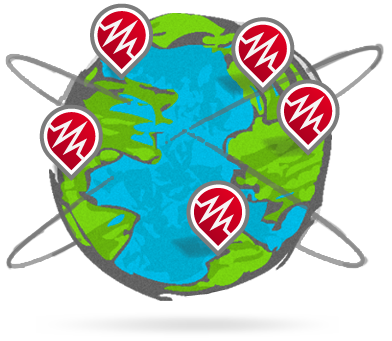 When Faith Comes By Hearing first started recording Audio Bibles in the languages of the world, two or three recordings a year was considered successful. With digital technology improvements, the ministry now releases 90-100 new recordings annually.

Taking the next step in recording technology, we’re introducing Virtual Recording, which can potentially handle hundreds of recording projects simultaneously on the internet. An online presence, VirtualRecording.com, opens up participation in Scripture recording to anyone with a computer, microphone and Internet connection.

The ministry’s traditional recording method (which will continue to be used) requires teams to travel to regions where a language is primarily spoken and find participants. With Virtual Recording, speakers of a language who’ve moved to other parts of the world are now also prospective recruits for voice talent – effectively broadening the pool of possible participants to a global level.

FCBH anticipates using social media and other methods of worldwide connectivity for their outreach and recruitment efforts. Longtime partnerships with translators and others in the mission field will continue to prove vital to this new system, with an increased importance in certain areas. Some partners have given input in the initial creation of the system and many have expressed excitement about the possibilities virtual recording brings to the field of Great Commission work.

“This ministry has never been shy about embracing new technology when it means more and more people will receive the Gospel,” states Jerry Jackson, FCBH founder and president.

When presented with the idea of virtual recording, Jackson immediately saw the possibilities: increased speed in completing recordings, greater participation because of worldwide reach and increased safety for all participants.

“This was truly an easy decision,” continues Jackson. “To have the potential for so many recordings to take place simultaneously, while also providing people living in dangerous regions the ability to participate from the safety of their own homes? Like I said, this was an easy decision.”

FCBH currently has numerous projects scheduled for Virtual Recording in 2013, including portions and complete Old Testament recordings. Prior to this new system, only a handful of these were recorded because of time requirements and financial feasibility.

“Just one of many doors being opened by God’s gift of technology,” concludes Jackson.