By a Pioneer in East Asia 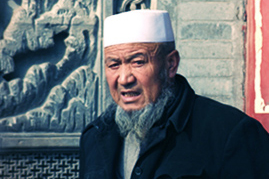 The long-term goal of our work is to see a movement of new churches, multiplying throughout the unreached towns and villages of the East Asia. It is, to say the least, a very slow and tedious process at times.

It’s been exciting in the past year to see a number of new believers in these unreached areas. The ground that has been plowed up, and the seeds that have been faithfully planted over years are beginning to grow. In many cases, it is just an isolated one or two new believers, but we are also beginning to see a more steady flow of those coming to faith in Christ.

Among those that have come to faith is a 93-year-old imam, the “pastor” emeritus as such, of a local mosque. Over five years ago, one of our Chinese co-workers had befriended this man, who has embraced Islam his whole life. As their friendship grew, they would talk regularly about Scripture and God, and a deep sense of trust and respect also grew between them.

Last year, a new translation of the Bible came out that is much easier for East Asian Muslims to understand. After reading the Scripture and asking our co-worker many questions over several months, the imam gathered his family into the living room, three generations in all, not excluding the women and children, as would be their custom. He told them to sit and listen to what this man had to say. Then he declared, “I believe that the only way to God is through Isa (Jesus) the Messiah!” — Pioneers media