An attempt by police in India’s Madhya Pradesh to survey the state’s Christian minority came to light this month and left church leaders calling for a federal investigation into alleged religious profiling. 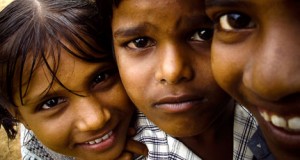 Dr. John Dayal, secretary general of the All India Christian Council, called for a National Commission for Minorities probe into the survey, which sought data on where Catholics and Protestants live, their economic status, and details of Christian-operated schools, including sources of income and whether they get foreign funding.

“Such surveys are uncalled for in view of the Union government’s own census and the National Sample Surveys, which give all the data that development agencies may ever want,” Dayal told Compass. “Surveys of this nature, especially by the police, amount to religious profiling, which is illegal.”

To be carried out at the district and block level, the surveys reportedly also sought information on the number of Christians and church buildings, including those under construction, along with details of the clergy heading them; a list of Christians involved in criminal activities, with details about whether they enjoy any political patronage and how much; details of annual functions held at district and block levels, including venues, organizers and funds; and areas that are socially “sensitive” because of their Christian populations.

Police later withdrew the controversial survey after Christian leaders approached state Director General of Police S.K. Rout, who denied any knowledge of it.

“The survey was a mere goof-up by lower-rung officials,” Rout reportedly said. In a statement to the BBC he added, “Though police collect such information periodically to ensure protection to minority communities in the state, the way this survey was ordered was incorrect.”

“We do not believe the police pretext that they want to know the locations to protect the Christians,” Dayal told Compass. “All these questions about funding of churches and missions are absolutely illegal, as Christians get their money through banks under the strict FCRA [Foreign Contribution Regulation Act, 1976] regulations, and the Union Home Ministry has details of every cent received and how it is spent. The blame for all this rests squarely with the chief minister of the state and his home minister, who are acting at the behest of the RSS [the Hindu extremist Rashtriya Swayamsevak Sangh] to which they both belong.”

The survey came to light on April 14 after media in India learned of an order letter issued by state police headquarters to all police station heads. The order, issued on March 23, asked the officers-in-charge to submit a report within 10 days, although presumably the survey was not completed by then.

“The Christian community in Madhya Pradesh is enraged over the state government attempt to treat all Christians living in the state akin to criminals,” the Rev. Anand Muttungal, spokesman of the Catholic Bishops Conference of Madhya Pradesh and Chhattisgarh, said in a press statement. “The police officials initially approached the community leaders without any copy of the order and tried to gather such details verbally. However, when one of the priests objected to it, he was threatened to be taken to the police station.”

He mentioned Gujarat state, where similar profiling was done and Christians faced violent attacks in some districts in 1999 and 2000. Dayal also noted that such profiling almost always leads to targeting of Christians in hate campaigns and eventually leads to large-scale violence, as happened in Gujarat.

“Who wants this information and for what purpose?” he said in his press statement. “According to legal experts, any information sought should have to be in writing. Answers too should be in writing. This sort of profiling is done on people who are with criminal records for the police department to keep a track on them. If one goes with this argument, then is the government treating the Christian community as criminals and anti-social elements with a perceived threat to the nation’s security?”

Archbishop of Bhopal Leo Cornelio told The Hindu that the survey indicated a “sinister plan behind all this,” and that if the chief minister and others said they were not aware, “it is all the more shocking.”

“If it is someone inside the government, the government should apologize, and if not, it should find out and punish the culprit,” Cornelio said. “This is clear targeting and profiling of the minority community and a violation of the constitution and principles of a free and fair democracy.”

State Chief Minister Shivraj Singh Chauhan has said he is seeking a report on the matter.

In a letter to Dr. H.T. Sangliana, vice chairperson of the National Commission for Minorities (NCM), Dayal wrote that the damage has already been done even if police have now withdrawn the order.

“Such orders are not born in a vacuum,” he wrote. “May we request you and the NCM to please order the Madhya Pradesh government to tell us all where did the idea originate and what were the reasons behind it; is it now a policy of the state to pay special attention to this particular minority, and if so, why?”

How to pray for the church in Afghanistan