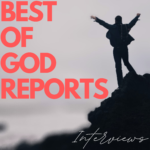 In 2013 Caleb Byerly woke up with a start and began to furiously write in his journal everything he saw in a rather unusual dream. For the previous five years, the small-town North Carolina resident had been engaged in mission outreach to indigenous people and tribal areas in Southeast Asia and the Pacific Islands.

“In the dream, I was standing on top of this mountain. I was looking out across the mountain, and I saw a tribe of people,” he told The Unseen Story. Caleb and his wife, Gladys, live in Moravian Falls, a town of 1400 in the foothills of the Brushy Mountains.

He had never seen the tribe before, so he asked, “What tribe are you? What people are you?”

“We’re the Tinananon tribe,” they replied.  Caleb had never heard of this people group and he began to carefully observe their actions in his dream.

A tribal chief walked forward carrying a musical instrument. Caleb happens to be an instrument maker by profession, so his eyes “zoomed in” to study the distinctive design of an instrument unlike anything he had ever seen before.

It had 30 strings going all the way around the top of a golden bowl, from the outside, crisscrossing in the middle of the instrument. “I suddenly got a full download of everything about this instrument, what dimensions the instrument was, what material it was made out of, even like how it was tuned and how it was played. After that, I kind of zoomed back out.

“This tribal chief, he took the instrument and he put it on the table. He took two small sticks, and he began to play this instrument. As he played the whole tribe started to dance and they started to worship. This kind of sound of worship just filled the place. It was as if heaven and earth just collided. After that I woke up from the dream.”