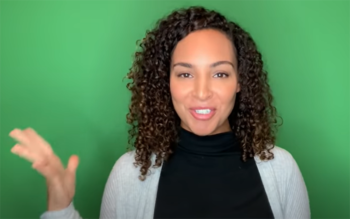 By the time Alyssa Gordon went to high school, her mom had been thrown in jail for too many DUIs.

“My family was pretty dysfunctional,” she says on her Wonderful Acts YouTube channel. She was a military brat born and raised in Italy. Her mom was an alcoholic. Plagued with suicidal thoughts, she ran away from home from time to time and grew up seeking in guys the love she felt was missing in her family.

She played the part of the social butterfly party girl with a smile facade but internally she was frustrated that guy after guy just took advantage of her and never wanted a true and lasting relationship. 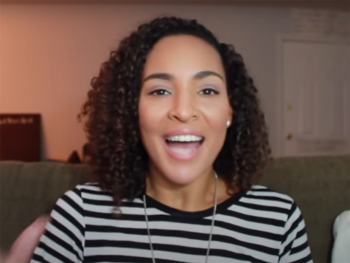 “I began to get in this cycle of me really desiring love, to have someone genuinely care about me,” she says. “I would give myself to these men physically looking for that true love that I never got. I got really dark, it got really depressing and the cycle just kept continuing. The last guy who I thought genuinely cared about me cut me off…would act like I didn’t exist.”

The last guy broke her heart badly and she took it out on God.

“I’m cursing at God, I’m throwing things,” she relates. “I was yelling and screaming, ‘God if you’re real, I need you to show me…right now!’”

She had attended church, but, with her mom’s example speaking louder than her words, Alyssa didn’t respond to God’s offer of grace and love. 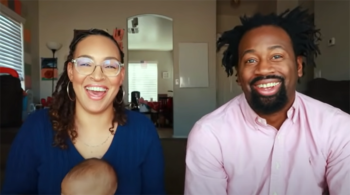 As a sophomore in college, she luckily had a friend who encouraged her.

“I don’t know if God is real anymore, because if he’s real where is he?” she asked him.

“Alyssa, God has you in the fire right now and gold has to go in the fire to be purified,” he replied.

Once again, she cried out to God in her dorm room. His response was terse: Alyssa, he never really loved you to begin with.

She was taken aback. What might appear obvious to anyone was a thunderbolt epiphany for Alyssa. And the weight lifted from her shoulders.

From that day onward, Alyssa read her Bible. “It was alive, every word was speaking to me. Every step of obedience I took, he was there. I did not know how good God was.”

On May 20, 2010, Alyssa accepted Jesus in her bathroom and began to experience God in a whole new way. She stopped looking for love in all the wrong places. Jesus was her boyfriend, and she celebrated her first one-year anniversary of going steady with Jesus. 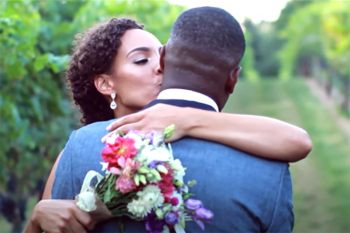 “The depression went away,” she says. “He built up my self-confidence.”

Alyssa became celibate and kept herself pure for six years until she met and married the man who loves her. She even stopped dating for an entire year since it had been the slippery slope for her downfalls prior to serving Jesus.

Then at Howard Unversity, she studied communications but went to the the sciences library to study because that’s where the serious students were. Sudan was a pharmacology major who Alyssa thought was cute. But when she found out he had a girlfriend, she immediately limited him to the “friends” category.

They were both Christians and frequently studied together at the library. They compared notes on the Christian activities they were involved in. After a few years of this, they found themselves in a car with two of Alyssa’s girlfriends.

“So Sudan, what are you looking for in a wife?” one girlfriend in the front ventured to ask.

“I’m looking for someone who is a combination of my mom and Alyssa,” he responded matter-of-factly.

The girls up front squeeled.

“We almost got into an accident,” Alyssa relates.

Well, this is awkward, Alyssa thought at the time. She began to aim dagger eyes at her friend for broaching the subject.

“I feel like this is a God moment,” the Alyssa’s girlfriend continued, ignoring the dagger eyes. “Is there anything else you would like say, Sudan?”

“Yes, I have been praying for a long time,” he said, turning to Alyssa, “to see if you would like to enter a courtship relationship to see if we might get married.”

If her eyes could have popped out of her head, they would have. It was more than Alyssa could process. She had never thought of Sudan as anything more than a friend. The levels of awkwardness were now registering off the meter.

“Ok, I’m going pray about all this,” Alyssa said. It was the best answer she could come up with at the time. And, having arrived at her waitressing job, she got out of the car.

“I am pursuing my dreams and the calling that God has given me in my life,” Alyssa says. “I have purpose, I have meaning, I have joy and it’s all because of Jesus.”