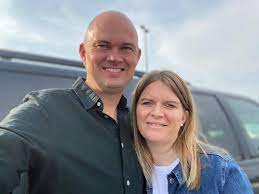 When Danish street-preacher Torben Søndergaard was arrested by the FBI 19 days ago on suspicion of smuggling arms into America, it was a real head-scratcher.

The zealous founder of The Last Reformation decided to leave Denmark after insistent pressure by authorities and the media. His abuses? Treating mental illness as if it were demon possession, encouraging people to stop taking their meds when healed by God, and home-schooling his daughters.

The Danish persecution was a case study of atheistic entities confronting a faith-filled firebrand; the non-believers marshaled their forces so unrelentingly that Torben determined his name had been tarnished irreparably in Denmark that he needed a clean start and applied for asylum in America. 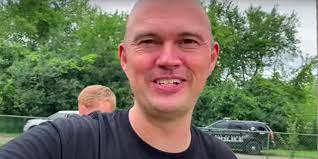 But the case now in America is by far more bizarre. Could a man so obviously consumed with preaching Jesus everywhere also be involved in smuggling arms from Mexico into America? Christians who have known him and his ministry for years are shaking their heads in disbelief.

“He doesn’t even know how to shoot a gun,” said René Celinder, a staunch ally.

Torben has been in jail since his arrest when authorities shackled him hand and foot like a terrorist. Initially, he was shocked. He had a bout with fear as the guards told him he would spend a long time in prison and then be deported, the fate of virtually all the inmates at ICE’s Baker County Facility in Florida.

Then Torben got a Bible and renewed his spirit with constant reading. Eventually, he got out of solitary confinement.

And he did what Paul did when in jail. 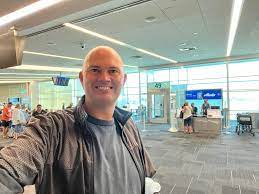 In the latest update from The Last Reformation on YouTube which Jón Bjarnastein read, Torben shared that he is winning souls to Christ.

“Now I’m seeing why I’m here,” wrote Torben, who has access to a phone to call his wife, who presumably relays the messages to Jon. “God sent me here to help Apollos, which I will call him. He’s a very strong disciple who repented here in jail and has been having meetings in a cell with four to six people. But he had not yet received the Holy Spirit.”

Torben’s reference to Apollos is taken from the Book of Acts. Apollos was a disciple of Christ who preached fervently but became even more powerful in the Gospel after Priscilla and Aquilla prayed for him to receive the Holy Spirit.

“Two days ago, he got baptized in water and in the Holy Spirit,” Torben says. “It was really a special, unforgettable moment.”

Without a tub or baptism in jail, Torben poured a cup of water over his face for his baptism.

Also, Torben devised an evangelism strategy with chess pieces to engage other inmates in discussions about the Gospel.

About his 10 days in isolation, Torben says they were “transformative,” as he read the Bible and prayed incessantly.

His lawyer is working currently on arranging a bond so that he can be released.

Observers are watching keenly to see if immigration officials and the FBI produce evidence of wrongdoing. Or did they precipitously arrest Torben on a single, unfounded tip?

It is true that many Christian “leaders” have fallen in the past. But usually there are warning signs. The troubles Torben had with the Danish authorities are completely inconsistent with his alleged crimes.

The Last Reformation leaders see his arrest in Biblical terms: As Paul got unjustly jailed, so Torben.

“What a life!” Torben says. “It is like living in the Book of Acts.”e

Editor’s Note: Perhaps because of so many unusual elements to this story, a significant number of Christian sources are questioning the supposed charge of smuggling arms into America. They allege that Torben falsified the charge, being in prison for some other reason.