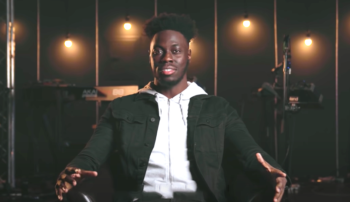 When the angel encounters started, Andrew Aggrey cut the partying and insincere Christianity. The supernatural visions came regularly, but nothing prepared him for his visionary descent into hell.

“I feel this magnet power pull me down,” Andrew says on a Delafe video. “The only way I can really describe it is a dark vortex. Imagine skydiving at nighttime without the fun. And boom I land in hell. And I know exactly where I am.”

Because he had heard of others who visited Hell, the Frederick, Maryland man inexplicably asked God if he could experience it himself. He believes God gave him the experience to warn others about the danger beyond the grave. 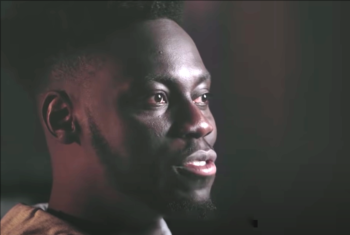 At college, he threw himself into drinking, drugs and clubs. He had no doubt God was real but felt no compulsion to serve Him.

“I had the awareness of God, but I still kind of wanted to live my own life.” Andrew says.

But when the pandemic hit, he found himself locked up at home with tons of time to read. He read the Bible. Then the dreams began.

The first was an angel that guided him through a house with opening doors. He realized it was an angel because when he tried to worship it (thinking it might be Jesus), the angel stopped him from doing so.

It was an emotional encounter, but when he tried to share about it with his family, he felt like they doubted its legitimacy.

Another encounter was with Jesus. In his dream, the Lord walked past him. He had previously struggled with childhood rejections. In this case, he felt rejected by Jesus. “Lord, do you not love me?” he pleaded.

Then Jesus looked at him, and there was no doubt.

“He didn’t say anything to me, but the look was enough,” Andrew says. “Just looking in his eyes, face to face, was enough. I knew that he loved me. That was something that really, really set me on fire.”

Next came the car accident dream that took him to Hell.

“I promised that I would tell every single person that I know that this place is real,” he says.

God told him: “Go and tell them to repent.”