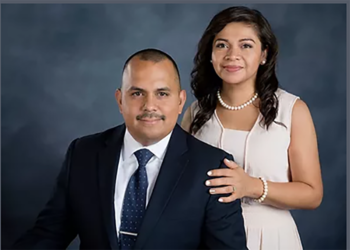 After they both became Christians years later, Tomas Bueno became friends with the gang banger who smashed his skull and left a scar on the back of his head.

“I’ve been able to reconnect with him,” Tomas says on a Virginia Beach Potter’s House premium podcast on Spotify.

Tomas Bueno grew up in the Los Angeles area. His dad was a bar owner and often wouldn’t come home from drinking, and his Mom took the kids driving around at 1:00 a.m. looking for him.

“It was around the age of 12 that I started getting enticed by what I saw around me,” Tomas says. “I started seeing these guys. It was the time when Snoop Dog and Dr. Dre had an influence on the white kids in suburbia. I thought this was really cool watching MTV for hours.”

When his dad was followed home and shot up in a case that originated from Mexico, the family moved to Huntington Beach in 1992 where few Hispanics lived. 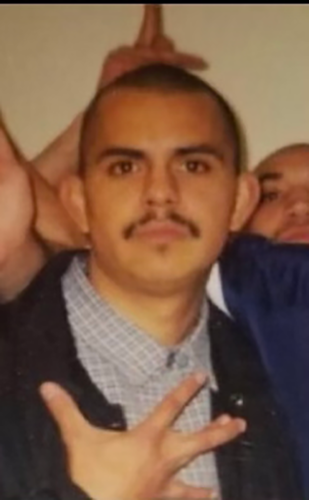 “He came in, he was shot in the shoulders, he was wounded, he was asking for a gun,” Tomas says. “I was a little kid just trying to process this. Come to find out it came from Mexico, problems there that spilled over to the U.S. Needless to say, we had to move. We moved in the middle of the night.”

At 13, he started ditching school getting high, giving sway to the influence of a street kid. By 15, he was “running amok and being crazy, partying and going wild.” At 16, he smoked meth.

“All my friends were already doing it and they were like ‘You gotta try it. You can stay up all night and drink,’” he recalls. He worked at Subway and a co-worker showed him how to pack the balls and smoke speed.

By 1995 his friends were gang members when he lived in Fullerton. He met a girl, Karina (who now is his wife), and got her pregnant at 17.

“Ok, no worries, we’ll make it work,” he replied. They barely knew each other. “I’ll call you tomorrow.” 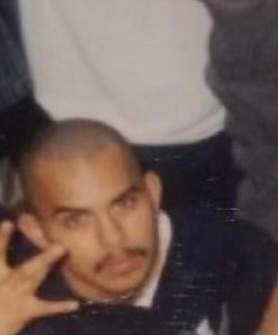 For three months, he didn’t call.

“Basically, I left her hanging,” he admits. “It’s not that I was trying to avoid this. It’s just that I was so wrapped up in what I was doing that I was in the streets doing drugs partying that kind of procrastinating. After three months I was embarrassed. What do you say? I just kept partying and doing whatever I was doing.”

By then, Tomas “claimed” the gang of his friends, which means he only needed to be “jumped in.” He was cruising one night with friends down one of the L.A./Orange County boulevards where they showcased lowrider cars and got invited to a nearby party.

“Where are you guys from?” the guys at the party asked. It was a rival gang neighborhood and a rival was aggressively challenging Tomas in his face. “Do you know where you’re at?”

“Yes,” Tomas responded. “In the gang world, saying yes to that question is a challenge to the rivals. I only meant to say that I knew where I was at geographically. He opens the car door and pistol whips me. He tries to pull me out of the car, passes off the gun and says, ‘Blast them, blast them.’” 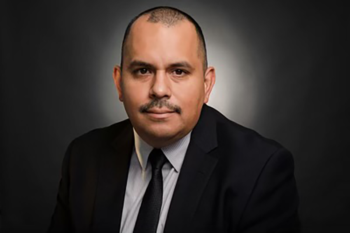 “It was a crazy night that night,” he remembers. “I ended up having to get abdominal surgery. When you get shot in the upper torso, they basically cut you open and evaluate your organs to see what has been damaged. I was in the hospital for eight days. It took me a couple of months to recover.”

It brought on a time for some serious reflection. “Man, I have a son out there, and I could’ve died,” he thought.

Repentance didn’t come yet. He returned to drugs. But because of his prior brush with death, he was paranoid and carried a gun.

He began “easing his way” back to Karina, via visitations with his son. Despite Tomas having an outside girlfriend initially, they began trying to be a family. When his wife failed to fulfill a drug rehab program ordered by the court, she went to jail for 60 days, which was followed by deportation.

Tomas brought her across the border from Tijuana along the crowds of partiers who returned at 2:00 a.m when documents weren’t checked in the year 2000. They got married to help her become a resident and a citizen. Wanting to improve the marriage, she got Tomas to agree to professional marriage counseling, which did nothing.

“This is a licensed professional, and I remember her telling me when I get mad to make angry faces in the mirror,” he complains about the prescribed therapies for anger management. “That didn’t help. Neither did writing an angry letter to whoever was making me mad and tearing it up.”

At this time, a civil war erupted in his own gang. As a result, his own friends hunted him down.

“I was on drugs out in front of my house and I looked down and saw these two guys creeping across the other lawns trying to sneak up on us to kill us,” he says. “That happened more than once.”

One of the guys who beat him badly and left a scar on the back of Tomas’s head is now an assistant pastor in Orange County. They’re friends now.

Finally, a former gang member acquaintance met Tomas and his brother at the supermarket and shared Jesus with them in 2001 and invited them to church.

“I never heard anyone talk like him in my whole life,” Tomas remembers.

Tomas was so struck that he even “scoped out” the church, even though he didn’t attend in Fullerton.

“I’d be on meth and bummed out driving around by myself. Meth was kicking my butt. You start out partying with people and then you wind up getting high by yourself and you know you have a problem,” he says. “I knew I needed a change, but I didn’t know how. So I scoped out the church.”

When his wife was getting ready to leave him for the last time, Tomas started thinking crazy thoughts. “I had a gun in my pocket,” he says.

That night while Tomas was partying on crystal meth, his brother threw up blood and collapsed over the toilet.

“In that moment, a million questions went through my head,” he remembers. “Questions like, What if your brother dies? Do you really want your brother to go out like this? What are you going to tell your family? What about you? Do you want to keep living this way? I was crying. All I could think about is, I gotta get to that church.”

The next morning, Tomas went to church, sat through service and went up to the altar sobbing on Dec. 8, 2001.

Twenty days of salvation, his rivals came to his house with guns. But Tomas prayed, “I don’t want to live this way anymore,” he says. Not only was he delivered from the ambush, but they all got arrested soon after.

“God was working in my life, but I had these things that were embedded. I went to church with a gun,” he admits.

His wife also got saved. Tomas quickly learned to stop being abusive, physically and emotionally. He got off drugs, though not all at once. They invited family and friends and many got saved as well.

Today Tomas and his wife pastor in Bellflower, CA.

Michael Ashcraft is a financial professional in Los Angeles.