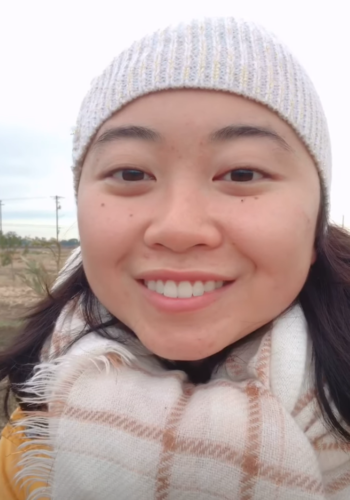 Intava typed into Google “How do you heal a crushed spirit and a broken heart?” and the search engine culled two articles. One was scientifically corroborated — take aspirin. The other seemed more difficult — repent and turn to Jesus.

Born in San Francisco, Intava grew up in a family that immigrated from Laos to America. They worshipped Buddha and a host of other gods. In fact, everything had a god. If you wanted your locker at school to be watched over, you prayed to the locker god. If you need a parking spot, there’s a god for that.

“I was like Moses. I grew up in a family that did not know Jesus,” Intava, 22, from Brentwood, CA, says on her channel, The Peace Board.

Because she grew up in America, she became familiar with the Ten Commandments. She decided to combine them with the Buddhist rules.

“I did the Christian rules. I did the Buddhist rules,” she says. “I thought I was a good person. I’m totally going to Heaven. The Buddhist rules were so similar to the Ten Commandments. I’m not breaking my moral code for anyone.” 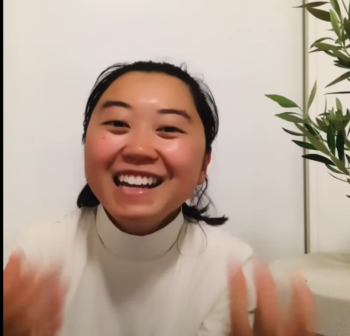 But then she fell into bad company and started breaking the Ten Commandments.

“I got hurt so bad,” she admits. “But the darkness has led me to the light. I fell hard. I broke the Christian commandments. People only knew me on the outside and said, ‘Intava, no, you’re a good person.’ But on the inside, I was evil.

“You know the crude oil, the black, sticky crude oil before it becomes gasoline? I felt like I was drowning in it,” she says. “That’s what it felt like to be eaten up on the inside by your own sins. I felt so dirty and horrible. I felt there was no way out of it.”

“I prayed to all of them. I wanted some kind of comfort from them. It was so hard,” she says. “I was just looking for a friend that understood the inside of me. I dug everywhere to find something that helped.”

Intava fell on to the floor and cried. 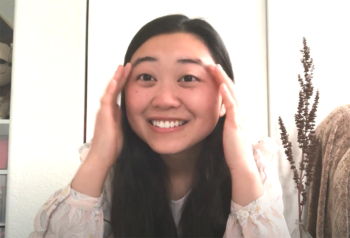 “I needed a Savior. It was the stuff of fairy tales, the damsel in distress needing someone to come save her,” she says. “I was like, ‘Please someone come save me. My sins are eating me alive. No medicine can save me from my sins.’”

After a long, arduous road, Intava turned to Google and typed in: How do you heal a crushed spirit and a broken heart?”

Intava chose aspirin. It seemed like the easier option.

“I was hoping it would help me just a smeegy bit,” she says. “The aspirin didn’t work.”

Next she tried repentance. Now she calls it a “lottery win.” It was during Covid lockdown.

When she cried out to Jesus, she felt the darkness in the room.

“It was like the demons in that room were like, ‘Come on, let’s destroy Intava one last time!’” she remembers.

It was midnight and very, very dark.

But as she prayed, repenting, suddenly the room brightened inexplicably. It wasn’t an electric light. It was a supernatural light.

“And I was the opposite. I am this evil little pipsqueak. I thought I was going to die at that moment.”

When Intava peeked, she saw the hem of Jesus’ robe. “It was beautiful, the brightest, whitest light ever, glowing as if the hem of his robe had a light of its own, as if it was woven of threads of light,” she says.

So there you have it: repentance over aspirin, just as the Lord’s mercy triumphs over judgment.

“He lifted me up out of that crude oil, and I could breathe for the first time in my life,” she relates. “Jesus came. I called so many gods and they didn’t come. When I called Jesus, He came. All the demons fled. All the thick darkness is gone. I felt like I had so much on my shoulders, and it was gone.”

Reporter Michael Ashcraft is also a financial professional based in Los Angeles.