A year after he lost his legs and arms to septic shock, Gary Miracle ran a 1.4-mile race on running blades.

“My doctor tells me all the time, ‘no feet, no excuses,’” Gary told The Epoch Times.

Although Gary had many reasons to sulk, he continues to live his life to the fullest.

Forty-year-old Gary Miracle did ministry for 12 years when he contracted a rare blood infection he thought was the flu but it progressed to septic shock. He spent 10 days in a coma at an Orlando hospital. 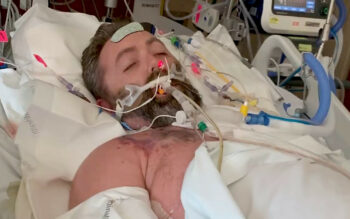 “I think they gave me a 1 to 7 percent chance to live through this,” Gary says.

On New Year’s Day his heart failed, and medical personnel took eight minutes to revive him. Gary was placed on an oxygenation machine, and the cardiovascular surgeon saved his life by diverting blood to his brain and torso at the expense of his limbs, which necrotized. 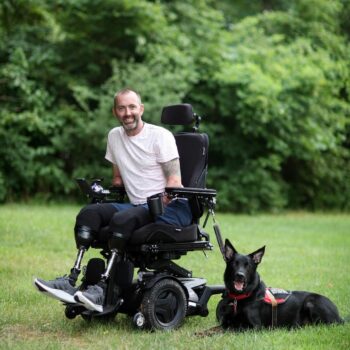 “My arms and legs were so cold,” Gary says. “They told me that I looked like a mummy; my hands and legs were pitch black. Then my muscles and my tendons started kind of falling out of my legs. I had no feeling down there.”

Gary is a husband and father of four kids. His wife, Kelly, posted scriptures all around his hospital room.

“My family just stepped up in a huge way, I was never left alone,” he says. “People were praying for me constantly.”

After 117 days in the hospital, Gary was discharged in April 2020. His lifeless limbs had been amputated. He is a quadruple amputee. 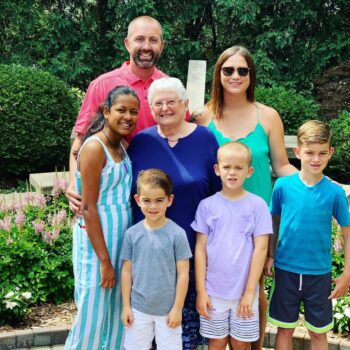 “When you go through something like that, there’s a line drawn in the sand: Am I gonna sit on the couch and throw a pity party?” he says. “Or am I going to choose to live and be alive and live for Christ and be a dad with my kids?”

Four weeks after being home he received his prosthetics. Doctors saved his joints and stubs so that he would still have some functionality. He had to learn everything like a baby: how to brush his teeth, how to get a glass of water.

Kelly was an unflagging support. 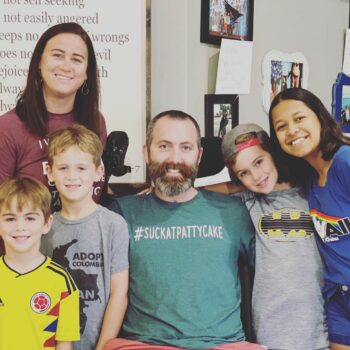 Gary tried to keep doing the same things he had always done. Although he’s no longer in ministry, he’s still coaching kids’ soccer and, of course, he has returned to running. He ran in the Tailgate 2-Miler in Viera in August.

Because of everything he’s gone through, Gary had the chance to meet Bart Mallard, the lead singer of MercyMe. Bart’s new song “Say I Won’t” is a retelling of Gary’s story and Gary got a chance to appear in the music video, which has provided him with an international platform.

“The biggest message behind ‘Say I Won’t’ is having that moment in your life, whatever it is that you’re struggling with,” Gary says. “Say I won’t walk again? I’m gonna fight like crazy to be able to walk. 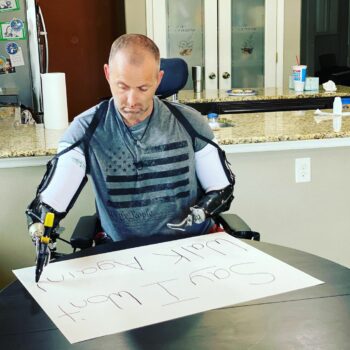 That was my anthem.