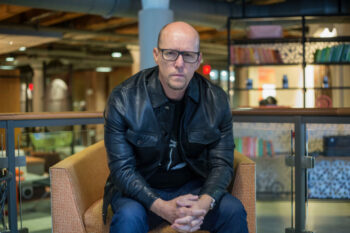 Jim Wahlberg was the consummate hustler. In prison for hustling, he hustled the prison system — leading a 12-step program under the pretense of being reformed — just to earn an early release for good behavior.

“I was always a hustler, was always manipulative, just to get what I wanted, and I did whatever I had to get it,” Jim observes on a CBN video.

The older brother to Mark Wahlberg actually had no intention of changing his substance-abusing, robbery-financed lifestyle once he was out.

But then the hustler got hustled — by the prison priest.

The priest took an interest in him and tried to strike up conversations. Since Jim was doing janitorial work to earn brownie points with the correction officers, the priest asked him to clean the chapel after attending mass.

The trick worked. Jim began to read his Bible. When Mother Theresa came one day in 1988, he felt God. 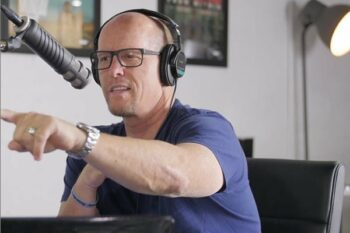 “You’re more than the crimes that you’ve committed to be here,” she told the prisoners at the Massachusetts Correctional Institution at Concord. You’re more than your prison ID number. You are a child of God.’”

The fifth of nine kids born to a delivery driver dad and a bank clerk mom, Jim was shaped by the mean streets of Boston’s Irish working-class neighborhood of Dorchester. When he realized that middle class kids had more things than he did, he began stealing to even the score.

“I started taking things that didn’t belong to me, so that I could try to live up to the way they got to live,” he says.

His first arrest came at age 10. After release, he did the same things.

“I start drinking alcohol under the pretense of ‘I’m celebrating,’ right? But I wasn’t celebrating. I was medicating myself,” says Jim. “I would drink to try to get rid of the shame and those feelings of self-loathing. It’s all rooted in fear. Fear of what you think of me. Fear of not being good enough. I was trying to soothe that fear, that uncomfortability.”

One day, he woke up in a jail cell lying in his own blood. What was his luck? The house he had broken into belong to a police officer. For home invasion, he could get life in prison, but the cop advocated leniency at the hearing, and 17-year-old Jim got only six to nine years. 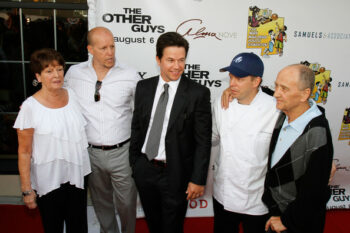 “I felt completely defeated and broken and I felt resigned to the fact that this was the way my life was gonna be forever,” says Jim.

That’s when he launched into the good behavior ruse to get an early release.

“It was part of that hustle. Just trying to create the illusion that I was getting better in prison,” says Jim. “And always thinking when I get out, I’ll use it again.”

The guile was so good that he even got to leading 12 step programs for prisoners trying to recover from substance abuse.

Then the priest moved in and showed genuine love and concern for Jim. He attended mass only to placate the priest who urged him to clean up the chapel afterwards (since Jim was doing janitorial work anyhow).

Jim had no idea who Mother Theresa was, so when the priest announced her coming visit, it didn’t mean a thing to Jim.

Nevertheless, the titan of charity in a small frame made an impact on Jim, who for the first time actually felt God.

“I felt the presence of God in my heart,” he remembers.

He felt prompted to pray: “God, help me to be the person that you want me to be. I can’t continue to be this person. Help me to be free of this life.”

But his fleeting experience didn’t completely transform him. When he was released, he maintained a semblance of respectability and reform but didn’t attend church. He married and worked as executive director to his brother Mark’s youth foundation.

“When you feel His presence and you walk away from it, there’s guilt, there’s shame, but there’s also sort of a sense that it’ll never happen for you again,” says Jim.

It wasn’t until his 12-year-old daughter, Kyra, encouraged him to come back to God: ‘Daddy, I want you to be happy. I want you to know Jesus.’”

The sweet words of his daughter melted his heart, and he relented and went on a Christian men’s retreat, where he felt God’s presence again.

“God started to reveal Himself to me again. And He started to melt away the ice that was my heart,” says Jim. “I mean, I started crying and I couldn’t stop.”

A spirit of repentance fell upon him and he surrendered his life to Jesus as his Lord and Savior.

“I was just so overwhelmed. And I just felt so at peace,” he says.

Today, he hosts a podcast for people struggling with addiction. His acclaimed documentaries on addiction include the 2020 short film “What About the Kids?” HIs memoir The Big Hustle: A Boston Street Kid’s Story of Addiction and Redemption was published in 2020.