As a youngster, Declan Wood wanted his father’s love and approval, but the abuse he suffered at his hands led to lifelong scars.

“When I did something wrong, made mistakes, he used to take a lot of frustrations out on me. I remember being in my bedroom and my dad beating me with a baseball bat,” Wood says on a video recorded by Joshua Generation Church.

During one of the beatings with a bat, his father inadvertently hit a light fixture and knocked it off the ceiling.  “Glass was going everywhere and he kept beating me. The way he looked at me when he was beating me, I thought this man hates me.

Wood’s mother and sisters feared him. “Who do I turn to? Wood wondered.

At 10 years old, he turned to drugs, mostly marijuana. Later, he and his friends ground up a sedative he referred to as mandrakes (Quaaludes) and mixed it with the marijuana.

“I mixed it with weed to give me a rush, but it was destroying my social life. I never fit in with the regular kids at school. I never felt a part of everyone else.

By the time Wood was 15 he had been kicked out of eight public schools and three boarding schools. “My life was smoking, doing drugs, stealing cars, going on joy rides, and bringing them back at five in the morning,” he recounts.

Following two years of service in the army on the border between Angola and South Africa, he got into hardcore drugs and began breaking into homes to support his drug habit.

“They used to call me klepty, because I would steal stuff from other prisoners and sell it to other prisons. They didn’t like me very much.

After his release, he got into trouble again, was arrested, and sentenced to nine years in prison.

In prison, he joined a gang and sold drugs.

After his release, he moved to Cape Town and discovered a new drug on the market. “My friends started to smoke crack. I had a hit and it messed me up. It made me so high I was addicted straight away.”

While working as a laborer for a steel company, he met a young woman and she moved in. “A month after I met her she got pregnant. Nine months later I had this beautiful little girl.

“I thought having this little baby would get me on my feet and I would stop using drugs. But I couldn’t. It was just too strong for me.”

Wood couldn’t support his daughter because he spent all the money he earned to buy drugs.

“One morning after doing drugs, smoking crack all night, I was lying in this bed wanting to cry, but no tears came out. I thought to myself, what a terrible father. My girl’s going to grow up with a father that can’t support her. I felt like such a terrible loser. I was looking back on my life, just being naughty, doing wrong, having bad intentions.”

In desperation Wood cried out, “God, if you’re real, please help me!”

The next day a fellow drug addict came to him and told him about a rehab facility down the road, run by Christians from the U.S.

Led by the Spirit, he found his way to the front door of the rehab facility. A large man named Johnny answered the door.

“I’ve been struggling with drugs and and I need help,” Wood told Johnny.

“We don’t have any room here,” he replied.

“Declan,” Johnny said, “if you can get to our other home, they can take you.” Johnny began to pray for Wood loudly and boldly.

When he finished the prayer, Wood felt peace come over him. “I felt like everything was going to be okay.

When he arrived at the second rehab facility, he immediately recognized someone he knew from prison, raking in the front yard. “Declan my brother you’re in the right place.”

Wood noticed the man’s countenance had changed and he spoke differently.

During rehab, he began to read the Bible for the first time. In prison, he had torn out pages from the Bible and used them to roll cigarettes.

“It was amazing the power of these words. This was something else. Every now and again a verse would really do something to me. It would do something in my soul. I knew then God was real and he was with me. In that home I got to know Jesus, and I fell in love with him and his word. I was reading the bible until late at night and they had come and force us to go to bed.

He witnessed the lives of drug addicts transformed and changed.

After rehab, he found a job. “I was 36 years old. I started doing handyman work, electrical, painting. I never had confidence before, but the Lord gave me confidence.”

In 2008, he backslid and went back on crack cocaine. A friend of his sister invited him to Joshua Generation Church. “I went in there one day and I saw the love of Jesus in these people. I learned about the power of God, evangelism, the Holy Spirit, but I didn’t know enough about God’s love.

“I decided to stay, but I was back on the drugs again. I was coming to church on Sunday but during the week I was using drugs. It was a terrible time. When you have tasted that God is good, and you’re on drugs and can’t get off it, it’s terrible.”

In an accountability group at the church, he confessed his sins. “Sometimes they would rebuke me. One important thing I learned was the importance of living in the light. No matter how many times I slipped up in those five years, I knew I had to live in the light.”

“I was so frustrated because I couldn’t get off the drugs,” he recounts.

“The Lord wanted me to know it wasn’t the church, the men’s meetings, the men’s camps, the discipleship, the evangelizing, the good things I was doing. Jesus Christ, himself, came to that garage that day and saved me, he delivered me. He took that drug addiction right out of me.”

The Lord raised him up and he became a community leader in the church, then a deacon. 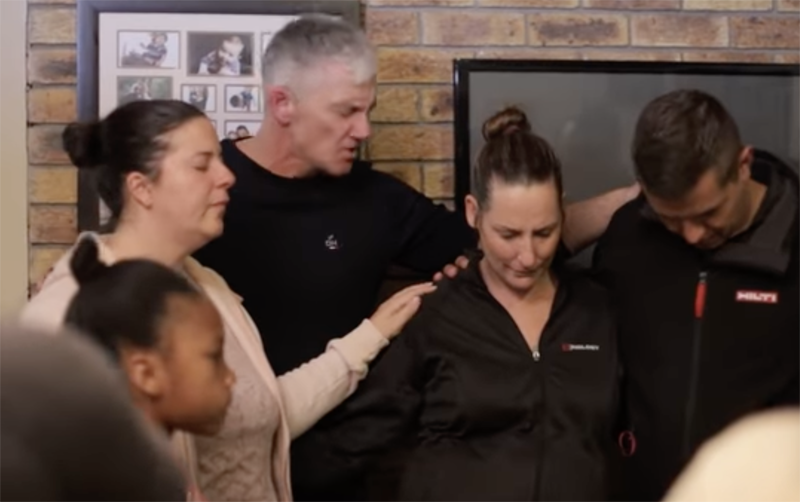 “One day they interviewed me and said they could see eldership on my life.”

“Are you sure you’ve got the right guy?” he asked.

Wood is thankful for God’s transformational power. “The Lord had been good to me. My relationship with my daughter has been restored. I’ve been able to provide. The Lord has helped me in my business and there is still a lot more to come.

Joshua Generation Church is a diverse multisite church that meets across Southern Africa. The church started in 1999, when Andrew and Emma Selley were sent from The Storehouse Church in Port Elizabeth to start a church in Table View, Cape Town. Beginning with four people in a lounge, the church grew as God added to their number. For more information go here