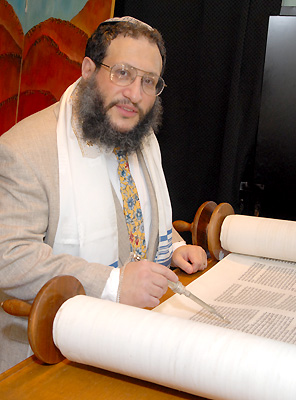 By Bryan Gutierrez and Rudee Becerra —

As a Jew who grew up in New Jersey and attended public school with Italian Catholics, Mottel Baleston assumed Jesus was Italian.

“My expectation was that the New Testament was a book on how to persecute the Jews,” he recalls on a One for Israel video.

Since many Jews incorrectly identified Hitler as Christian, generations have warned their children about the dangers of Christianity (there is also a long history in the Middle Ages of Christians persecuting Jews).

But the Jewish rules didn’t appeal to young Mottel either.

“You’ve got to first shave your head, dress in black, you’ve got to wear a white robe, eat only kosher foods, you’ve got to become a vegetarian. You have to face Jerusalem and you’ve got to face Israel when you pray, you pray in Hebrew, and grow a nice big beard,” he remembers. “And if you do all of those outward cultural things, you’ll know the God of the universe.” 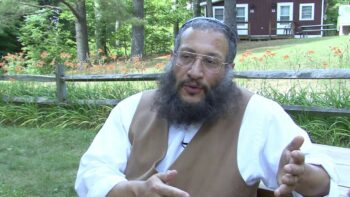 “I’m thinking this is crazy that someone thinks that they can force their culture on God or that God is going to be impressed by what you wear, what direction you face, what you eat and all other sorts of things.”

It seemed to him that if there was a God out there who could be known, he should be able to be recognized no matter where he faced, no matter how he’s dressed, because he’s God. 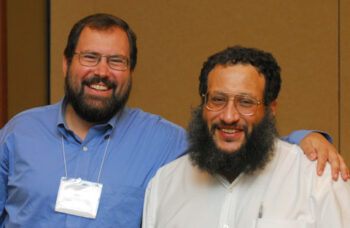 Eventually, his curiosity got the better of him because of his doubts about Judaism. He went to the library and got a New Testament. To be sure, there was a dose of fear with reading a book that his elders had warned him was basically a manual of war on the Jews.

“My expectation was a book on how to persecute the Jews and it was something you should stay away from.”

But as he read the words of Jesus, Mottel was shocked. He discovered the Jesus was Jewish and that the New Testament was written almost entirely by Jews.

He couldn’t believe it. 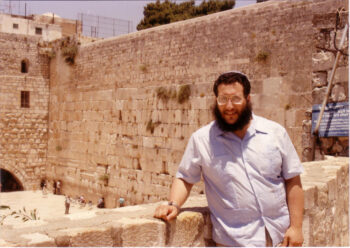 “I was expecting to find a handbook on how to persecute the Jews,” he says.

But the first sentence (in Matthew) described Jesus as the son of David, and the son of Abraham — all who were Jewish.

“The more I read the words of Jesus, the more I became attracted to him,” he says.

Mottel became convinced Jesus was the Messiah, and surrendered his heart and life to Him as his Lord and Savior. He was born again.

“It was clear that accepting Jesus was the most Jewish thing I could do,” Mottel says. “This is not a person who is a renegade to our people. This was the person who was promised to our people in our Bible.”

While he was sure about his faith, Mottel didn’t dare tell his father. During that time (the 1970s) there were many cults and and gurus attracting followers, and his father was concerned for him getting involved in aberrant sects.

“I waited for months,” he says. “When I finally told him, he was very skeptical.”

His father started to read about Jesus on his own.

About a year and a half later, he told his father that an author (that had written one of the books) was coming into New York to give a lecture. Mottel asked his father if he wanted to go, and he agreed.

At the meeting, the speaker asked all Jewish believers in Christ to raise their hand. Mottel, accordingly, did so.

And so did his father.

His dad responded: “I know what he said.”

Mottel was overcome with emotion. His dad was saved!

“The decision to come to faith in Jesus as the Messiah was not something that was a momentary lark,” he says. “It wasn’t a passing fad. I could see changes in myself that I knew were not from within myself. I had tapped into a truth for our Jewish people that was very powerful.”