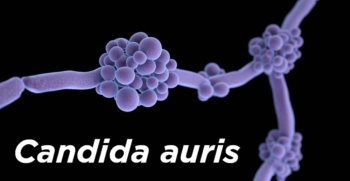 The Centers for Disease Control is labeling a deadly new germ called Candida auris an “urgent threat” after the drug resistant superbug has circled the globe and established itself in hospitals in New York, New Jersey and Illinois.

The C.D.C. says almost half of patients that contract C. auris die within 90 days, according to a report in the New York Times.

Yet the origins of the mysterious fungus are unknown. “It is a creature from the black lagoon,” Dr. Tom Chiller, who heads the fungal branch at the C.D.C., told The Times. “It bubbled up and now it is everywhere.”

Within the last five years, it hit Venezuela and Spain, took out a British hospital’s intensive care unit, and became embedded in India, Pakistan and South Africa.

In the book of Matthew, Jesus predicted that pestilence would be one of the signs of his return.

Now as He sat on the Mount of Olives, the disciples came to Him privately, saying, “Tell us, when will these things be? And what will be the sign of Your coming, and of the end of the age?”

And Jesus answered and said to them: “Take heed that no one deceives you. For many will come in My name, saying, ‘I am the Christ,’ and will deceive many. And you will hear of wars and rumors of wars. See that you are not troubled; for all these things must come to pass, but the end is not yet. For nation will rise against nation, and kingdom against kingdom. And there will be famines, pestilences, and earthquakes in various places. All these are the beginning of sorrows. (Matthew 24:3-8)

C. Auris is an extremely tenacious form of pestilence. After a man at Mount Sinai Hospital in New York died the fungus lingered in his room for days and was difficult to eradicate. “Everything was positive — the walls, the bed, the doors, the curtains, the phones, the sink, the whiteboard, the poles, the pump,” Dr. Scott Lorin, the hospital’s president, told The Times.

“The mattress, the bed rails, the canister holes, the window shades, the ceiling, everything in the room was positive.” The hospital needed special cleaning equipment and had to rip out some of the ceiling and floor tiles to eliminate the threat.

These superbugs are most deadly to people with compromised immune systems, including newborns and the elderly, smokers, diabetics and people with autoimmune disorders who take steroids that suppress the body’s defenses, according to The Times.

To avoid panic and the possibility that a specific hospital might be stigmatized, the C.D.C., by agreement with states, is not allowed to make public the location or name of hospitals involved in outbreaks.

In 2015, Dr. Johanna Rhodes, an infectious disease expert at Imperial College London, received an anxious phone call from the Royal Brompton Hospital, a medical center near London. C. auris had shown up months earlier, and the hospital could not eliminate the threat.

“‘We have no idea where it’s coming from. We’ve never heard of it. It’s just spread like wildfire,’” Dr. Rhodes was told.

Under her direction, hospital workers used a special device to spray aerosolized hydrogen peroxide around the room for an entire week. Then they put a catch plate in the middle of the room with a gel at the bottom that would serve as a place for any surviving microbes to grow, Dr. Rhodes told The Times.

“Only one organism grew back. C. auris.”

To avoid any stigma or panic, no public announcement was made about the outbreak at the time.

By the end of June 2016, there were 50 ongoing C. auris cases at Royal Brompton, and the hospital took the unusual step of shutting down its I.C.U. for 11 days.

At a hospital in Valencia, Spain, 85 people developed bloodstream infections from C. auris and 41 percent died within 30 days, according to The Times.

The earliest known case in the U.S. involved a 61-year-old woman who arrived at a New York hospital in 2013 from the United Arab Emirates, and she died a week later, after testing positive for the fungus.

“The germ has spread into long-term care facilities. In Chicago, 50 percent of the residents at some nursing homes have tested positive for it, the C.D.C. has reported. The fungus can grow on intravenous lines and ventilators,” The Times noted.

C.D.C. investigators believe C. auris began in Asia before it spread throughout the world. “But when the agency compared the entire genome of auris samples from India and Pakistan, Venezuela, South Africa and Japan, it found that its origin was not a single place, and there was not a single auris strain.”

Researchers found four distinct versions of the fungus, with differences so large that they suggested that “these strains had diverged thousands of years ago and emerged as resistant pathogens from harmless environmental strains in four different places at the same time.”

“Somehow, it made a jump almost seemingly simultaneously, and seemed to spread and it is drug resistant, which is really mind-boggling,” Dr. Vallabhaneni said.