Last year, when Texas A & M’s Aggies played South Carolina, a curious fan in the stands grabbed attention. With his long hair and beard he bore a striking resemblance to Jesus. Hoisted on the shoulders of his friends, James and John, he swung a 12th man towel in the air. And — shaved into his chest hair very conspicuously was the number 12.

When his joyful countenance appeared on the Kyle Field Jumbotron, the fans went wild, the team was inspired to play harder, and the Aggies won the game.

Some wag nicknamed him “Twelfth Man Jesus,” and he became a local superstar. Then a petition was circulated and 10,000 fans asked the football coach to allow Twelfth Man Jesus to lead the Aggie football team out of the tunnel for the Alabama game.

The Jesus look alike is actually Sam Tomaso, at that time a senior majoring in civil engineering and member of the water ski team.

Tomaso’s chief goal in life is to pursue Christlikeness. “I’m trying to look like him, even beyond appearance,” Tomaso told Lauren Guide at St. Mary’s Student Center. “I’m trying to be Him to others. If this spreads a little joy, then I think I’m being a little like Him.”

At the end of Tomaso’s senior year he did something that surprised many. He answered the call to enter the Cistercian monastery in Dallas, Texas. “I went to Cistercian from 5th to 12th grade. I felt at home there, and I decided that should be my next step,” he told Guide.

His sense of calling deepened after he began to attend church on a daily basis. 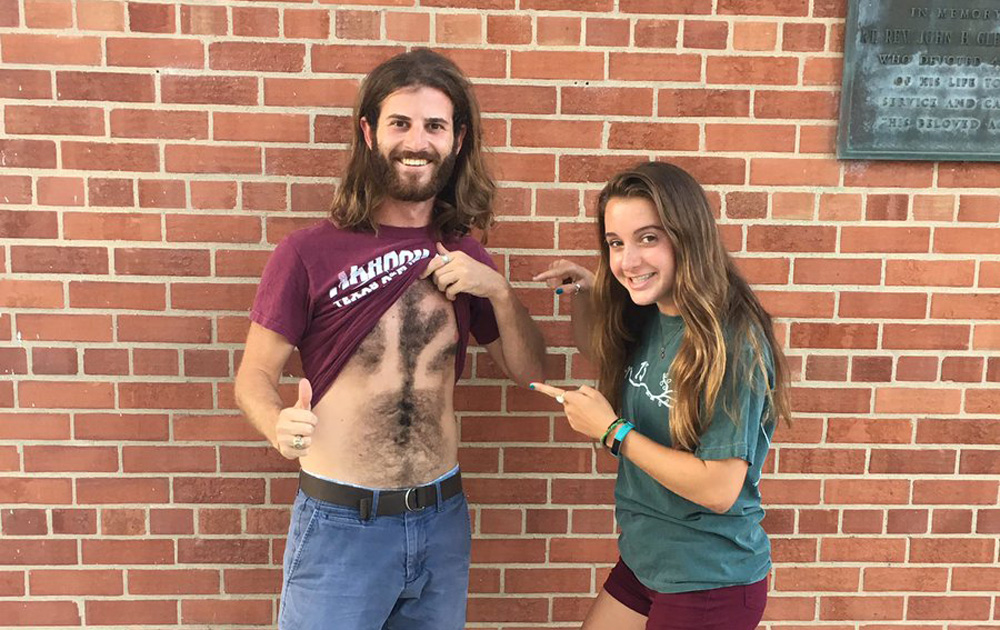 He was impressed by the authenticity of the pastors he met, “what their mission is and who they are trying to be – which is Christ.”

On the water ski team he was known “as the religious person.”

“I was the first person they’d ever met who was considering being a priest, but I also had fun with them. That was cool. That’s a way for you, too, to interact with the world!”

During Tomaso’s first year inside the limestone walls of the monastery, he will not be in contact with family, friends, media or the outside world. “He will spend a full year in prayer and community with his brothers, discerning his future vocation. He won’t be watching the Aggies play South Carolina this weekend, and no longer sports his beard or long hair,” Guide noted.

“Twelfth Man Jesus has long been shaved and trimmed away. Sam Tomaso has ‘put on Christ’ in a new fashion — where men wear robes rather than overalls and chant rather than yell. No matter which way Sam’s vocation turns, his example is inspiring. May we all strive for an authentic imitation of Christ.”