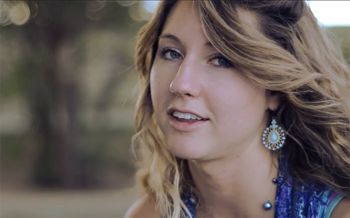 Her drug was success.

April grew up in the small beach town of St. Augustine, Florida, and it was a good life. She and her sister would always have fun together.

Her parents were stable and although they didn’t grow up in the church they still taught her to follow a good moral path.

Throughout high school, April was driven to succeed. She got straight A’s and wanted to please her parents. There was nothing wrong with that — except that it went overboard. Her expectations became unrealistic and she obsessed on over-achieving.

“I never tried drugs or anything like that, but success was my drug.” She was constantly focusing on what she needed to do or how she could improve. And she regretted any little thing that she believed she should have done better. 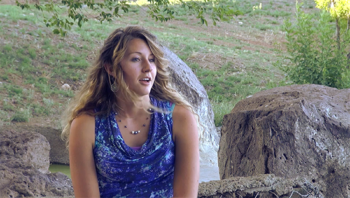 “It’s not bad to seek success in a sense but it can take over,” she says on a video of the Prescott Potter’s House. “It definitely took over my life.”

A high school friend invited her to a church concert and play where she was introduced to the idea that Jesus wanted to enter her heart, a completely foreign concept to her.

When she heard what they were talking about she was confused.

They play was about two soldiers. One of the soldiers was about to die. As he was passing the other soldier explained to him that he needed to accept Jesus in his heart before it was too late.

“I never knew God wanted a relationship or anything to do with our lives.”

While she was sitting through the play she thought to herself, Wow, these people have something that I don’t have. 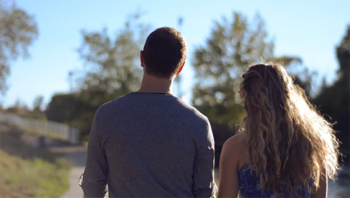 She observed the people in the church and noted a big difference. They had peace; she had stress. She was timid about accepting Jesus but inwardly, “I knew I wanted that.”

By the end of the night they had an altar call, and as much as she resisted, arguing with herself that she was already a good person, she found herself making the decision.

“Now I know it was God tugging on my heart,” April says. She wound up at the altar receiving Jesus into her heart.

“He totally transformed my life.”

She started getting more and more involved in church. This troubled her dad, who hadn’t yet accepted Jesus. He tried to get her to stop going so much.

“My dad told me that it was either the church or him,” she says. The gauntlet was thrown down. As much as she loved and wanted to honor her dad, April understood that she had to put God first.

When she made Jesus number one in her life, He came through for her in a big way.

April still strives to be the best but it’s not to please others or herself. It’s for God.

God has granted her happiness beyond what mere worldly success can offer. She has been blessed with a loving husband and a great job as a teacher. She loves touching kids’ lives every day.

“I just thank him for that,” she says. “He has a plan and a purpose for our lives and I never realized that and it’s just comforting.”

God cares for all of us and she could never give enough thanks for that.