Michelle Aguilar was 18 when her mom told her she was leaving her dad. She was devastated. Wasn’t her life with Christian parents supposed to be perfect?

Michelle cut off communication with her mom and her insecurities grew. To internalize the rejection and depression, she turned to eating sweets to boost her spirits.

“I didn’t know what to do,” she says on an I am Second video. “I didn’t know how to deal with my pain or the confusion that I was going through. I think when you’re at a place where you’re kind of out of control with a lot of things, it’s an easy step to turn to food.” 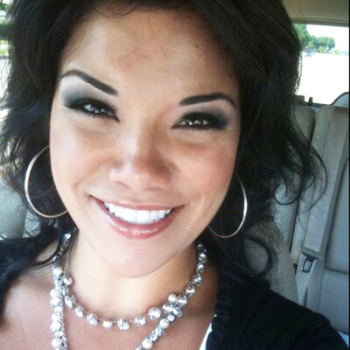 As a Christian, “I knew I couldn’t turn to drugs or alcohol,” Michelle says. “Food was acceptable and it gave me a sense of control. (But) it becomes a guilt thing. You realize that you’re eating, and you’re feeling bad while you’re eating, and it’s just making it worse.”

Then a co-worker told her about The Biggest Loser reality TV show, in which overweight contestants worked out to see who loses the most weight, and the “biggest loser” wins $250.000. Michelle auditioned and was rejected the first time, but producers called to include her in the new season.

It had been six years since she talked to her mom. Dad suggested she participate in the program with her mother, who had also gained substantial pounds. Perhaps their participation might break down the walls between them. In this edition of Biggest Loser it was teams, parent-child or husband-wife. 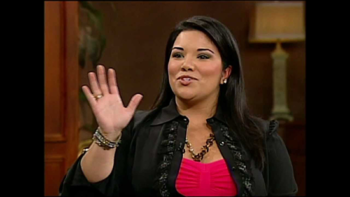 “I really felt like God was saying, I’m going to give you an opportunity to start over and change from the inside out, and this could be the option if you’re willing to do it.”

She charged into a rigorous physical regimen like a would-be winner. But then she chipped her tooth. Her smile had always been her shield. It projected an image of self-confidence even when she was crying on the inside. It was her only defense against shame, and now it was gone.

“I felt like somebody had stripped away that armor, and said, “No, look at you. You’re smile is gone now. What are you going to do?’” she says.

She lost it. It was all too much for her. Now she he was both physically and emotionally in pain.

“What do you want me to do because I can’t do this anymore?” she told God. But if He wanted her to finish out the program, she said, I’ll give it all to You.”

After that moment of heartfelt surrender to God, she noticed things were beginning to change: “It was like my whole body just let go of everything I was holding on to. All the stuff, and the things, all the junk in my life.”

Michelle continued to press forward with her regimin. In all, she lost 110 pounds. That was enough to win the competition and walk away with the prize money.

When she attended the finale, she was a changed person. She began to walk out her faith by extending love and forgiveness towards her mother.

The scale wasn’t going to define her and neither was her weight or smile. She recognized she could find her true identity in her relationship with Jesus Christ.

She realized that she could truly hand all her problems over to God, who was in every way big enough to handle everything.

“I have Christ first, because I know that in Him is really my full life.”