Andrew Palau, son of Luis Palau, was the featured speaker this past week at the massive March for Jesus Festival in São Paulo. The event is being hailed as one of the largest gatherings of its kind and proved to be a truly blessed Gospel moment for the church and the nation.

Estimates of the crowd ranged from several hundred thousand to one million.

Palau’s father, the famed Latin evangelist Luis Palau, was originally invited to share the Good News at the event in Brazil. Due to his stage IV lung cancer diagnosis revealed in January, he was not able to make it to the event but was overjoyed to have his son Andrew take his place. 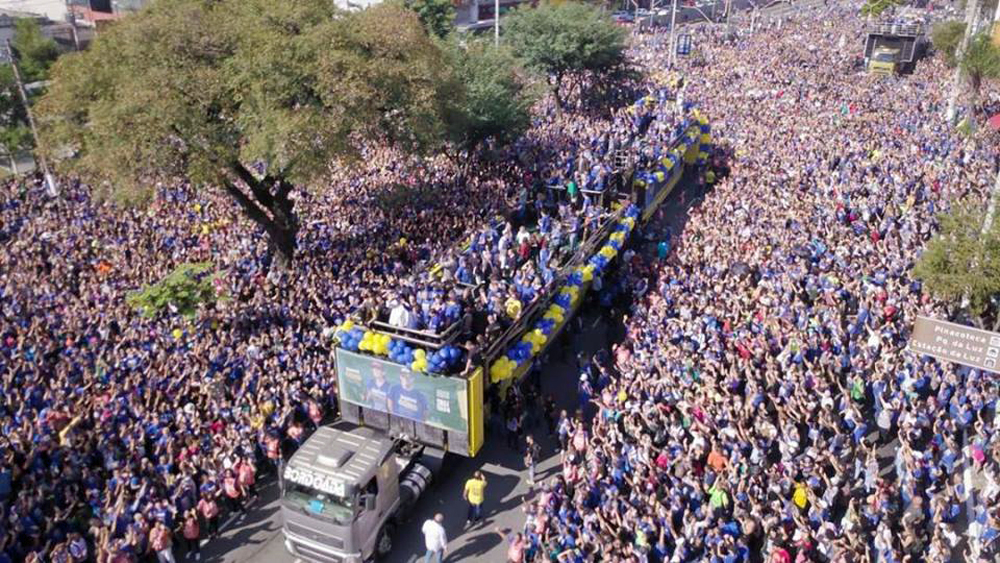 Organized by the local evangelical community and supported by hundreds of local church congregations, the event benefited from 25 years of similar marches and rallies. This gathering in São Paulo grabbed the attention of the entire continent and brought the Gospel to millions through the live event and other media.

Coming at the end of an 8-day transportation strike that paralyzed the city, the organizers overcame numerous challenges to accomplish the event. Starting at 10:00 a.m. in the morning on May 31, ten massive semi-trailers equipped with sound and stages led the crowd in joyful celebration on a 3-mile march through the city.

The crowd increased to several hundred thousand as the parade progressed, eventually filling many city blocks of the 8-lane boulevard near the Praça Campo de Bagatelle Park where a massive stage had been built for the evening festival. A variety of musical artists performed throughout the night, culminating with a clear Gospel message from Palau. 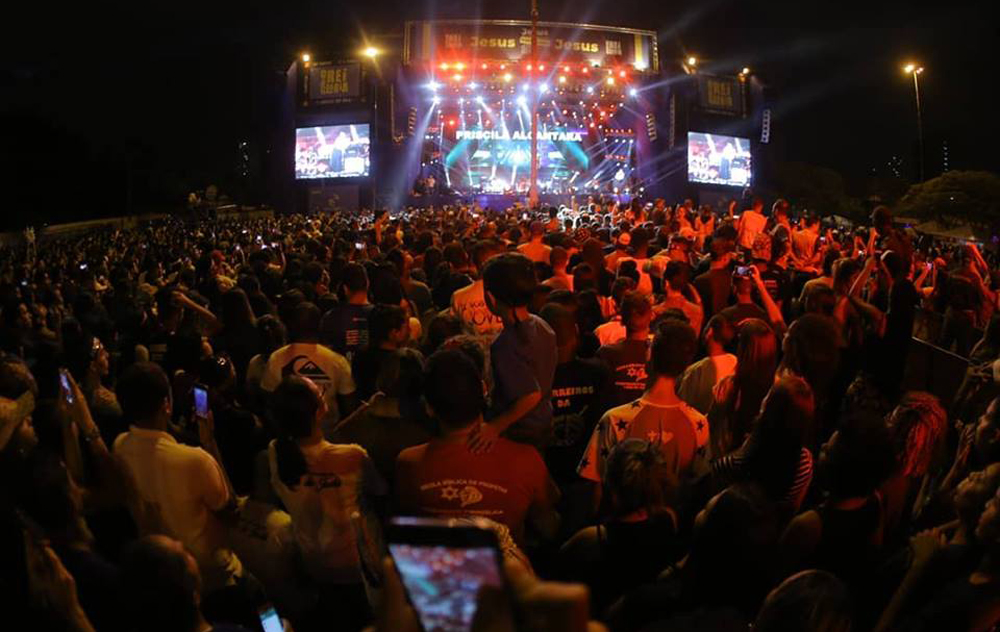 “To see so many people marching in unity of their dedication to follow Jesus together – it was truly unbelievable,” said Palau.

Focusing his message on John 10:10 – “The thief comes only to steal and kill and destroy; I have come that they may have life, and have it to the full” – Palau ended his message with a clear call to faith and repentance.

The sea of hands raised that responded to his call was evidence of the impact of the Word. He went on to implore those who had publicly confessed Jesus Christ to dig into Scripture, get their roots deep into a local church, and pursue God daily. The local participating churches will work over the next several weeks to connect with and disciple those who made decisions.

During Palau’s time in Brazil he also gathered with local pastors, church leaders, and evangelists, encouraging them in the Word, focusing on continuing in unity, and inspiring them to keep evangelism a top priority.

March for Jesus continues in many countries through multiple and varied initiatives. It continues to gather the largest crowds of any organized event of its kind throughout the world.

“The March for Jesus is an international and interdenominational event that occurs annually in several nations,” local organizers state. “In it, the church has the opportunity to show that it is not restricted to buildings, but alive and open to the whole of society.”

To learn more about March for Jesus, visit marchaparajesus.com.br.

The next festival with Palau will take place in Sunbury, England, June 13-17, 2018. Andrew Palau will also travel throughout the United States and to Colombia, Argentina, and China later this year to lead outreaches in several additional cities.