As a young man, Dr. Matthew Chavis grew up in a loving Christian family. However, the church his family attended was very strict.

At 13, he made a commitment to Christ after viewing a film at church about the End Times. “It showed what happened to people who took the Mark of the Beast,” he says. The movie left him apprehensive, to say the least.

When the film ended, an older man in the church approached him, looked him in the eye gravely, and said, “It’s time…are you ready?”

Chavis nodded affirmatively. “I accepted Jesus into my heart at 13, but I didn’t know God’s love.”

After high school, he entered an extended season of rebellion. “I left the church and started hanging out with the wrong crowd for 28 years,” he recounts.

Dr. Chavis became a chiropractor and had a thriving practice, seeing 55-60 patients a day. “I never gave God credit for anything. It wasn’t like I didn’t believe anymore, but I thought I did this on my own.”

Then the Great Recession of 2008 hit and he lost two-thirds of his patients. “I had been drinking for a number of years but it got heavier. We started having financial problems, which led to more drinking.”

He and his wife became estranged within their own house. “My marriage was going down and I was about to lose my business,” he recounts.

In 2013 he attended a chiropractic seminar. He awakened earlier than normal before the start of the seminar, thoroughly depressed about his life.

“God if you still love me, prove it,” he sighed. He was contemplating suicide.

He spent the day in a 12-hour seminar packed with 250 doctors. “I got out of the seminar and went to my car and put the car in reverse and saw there was a book on my windshield.”

He pulled the car back into the space, got out and grabbed the book. Why do I have a book on my car? he wondered.

Dr. Chavis looked around at the other cars and none of them had a book on their windshields.

“I didn’t even look at the title. I didn’t have my glasses on. I can’t see close up. I put it on the back floorboard.”

Two months later he went outside to clean out his car. He reached under the driver seat and noticed something there. Oh, there’s that book, he said to himself. 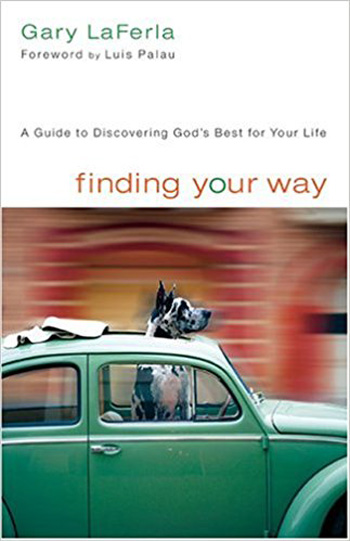 When he went inside he put his glasses on and finally read the title: Finding your way, a guide to discovering God’s Purpose for your life, by Gary LaFerla.

Dr. Chavis was not particularly drawn by the title. He thought he might give the book away to one of his “religious” patients.

When the woman he had in mind came into his office, something strange happened.

“I went for my desk and reached to give the book to her and I physically felt sick, like I was about to throw up.”

The woman looked at him and said, “Are you okay doc?”

He paused for a moment. “You know…maybe it is meant for me to read this.” He pulled his hand back.

As soon as Dr. Chavis pulled his hand away the symptoms vanished.

Another two months went by and Dr. Chavis had not read the book. His chiropractic clinic was on the brink of failure. His business account was overdrawn by $500 and he had $20 left in his personal account. He began updating his resume, considering a career change to pharmaceutical sales.

One night he was sitting alone, watching the Braves play the Giants, and he was three quarters of the way through a fifth of liquor. “I was done with life,” he recalls.

He went to take his last swig when he heard an audible voice say: “How can I help you when you continue to ignore me?”

The voice startled him and Dr. Chavis turned to see if someone was there. No one was there. “All I saw was the clock on the stove that read 10:30.”

When his eyes turned back toward the table he saw the book. “The book seemed to be illuminated,” he noticed. He picked up the book and began reading, but soon realized the book was filled with Scripture.

Feeling convicted, he said, “God, I have all this alcohol in me. I don’t want to read your Word in this condition and disrespect you. If you save my soul through the night I promise I will get up and read this book.”

Dr. Chavis suddenly realized this book was the sign he had asked for that fateful morning at the seminar.

Before Dr. Chavis went to sleep, he poured all the alcohol in the house down the drain.

“I woke up at 5;30 the next morning like a kid at Christmas. I hadn’t woken up at 5:30 in years. I started reading the book. As I went through it I realized the people’s lives in this book were just like me. God had touched their lives and turned them around.”

Halfway though the second chapter he started crying uncontrollably. “It was as if every pore in my body opened up and started gushing out tears. It was like a cleansing. Chains were broken. I felt like all the weight of the world was lifted off my shoulders.”

“I knew God had changed me. I read this book every day. In between patients I was reading it. I cried through the whole book.

One woman came in for an appointment and noticed his tears. “Dr. Chavis, are you OK?”

“Sweetie, I have never been better. These are tears of joy. Let me tell you what God has done for me.” He began to share with her and she started crying.

After he finished reading the book, he attended his son’s graduation. “I hadn’t seen my parents in some time because I felt so guilty about the life I was living,” he recounts.

His parents had been praying for him for years.

When he saw his father he said, “Dad, I’m home.” He gave him the biggest hug in his

life. “I was like the prodigal son coming home. We rejoiced right there on the campus.”

The next morning he noticed a phone number in the back of the book. He called and left a message for the author, Pastor Gary LaFerla. In the message, he said that God used LaFerla as a vessel to change his life. They finally reached each other on the phone and talked for 45 minutes.

“Matthew, are you telling me the book was brand new when you found it?” the author asked.

“Yes, I know what a new book looks and smells like,” Dr. Chavis replied.

“Did you see when that book was printed?”

“That book was printed in 2005…the only way you could have possibly gotten a new book from me is if you called me personally and I sent it to you. Unfortunately, it wasn’t a New York Times bestseller and I had quite a few left in the warehouse.”

“As God is my witness, that was a brand new book on the hood of my car.”

“Well, I know how you got it…” Both men concluded that God pulled a few strings to place that book on his windshield.

“I know God put this in my life because my life changed drastically,” Dr. Chavis says. 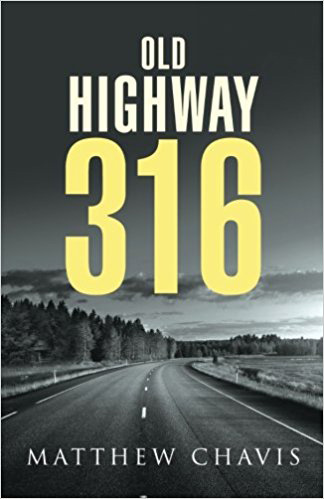 Eleven months later, Dr. Chavis had a powerful, God-inspired dream that became the basis for his new book, Old Highway 316, which chronicles his transformation. “God put me in a dream that was like a movie. I wrote a book based on what God gave me.”

“It is amazing how God has used me,” Dr. Chavis says, in response to his 700 Club appearance. “My testimony grows every day.”