Christian Hosoi had one dream in life: he wanted to be the best vertical skateboarder in the world — and he got it. But he still felt empty.

Born of a Hawaiian Japanese father and Caucasian mother, Hosoi grew up in Southern California, where his dad worked at a skate park in Marina Del Rey. Skating became his daily bread; he even dropped out of school at age 13 for it. 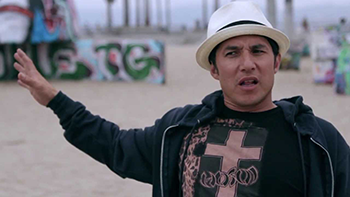 He became a professional skateboarder in 1982 when he was only 14-years-old.

He became famous for his flair and graceful style. He was winning competitions, and eventually he would have to take on the big name of skating, Tony Hawk, a technical and daring trickster. Hosoi surprised many spectators by winning their first faceoff. The next time, Hawk won.

It was a rivalry that fed the growing following in this spectator sport. Hosoi was making money and had a huge following. Hosoi invented the “Christ Air” and the “Rocket Air,” and he was renowned for pulling huge aerials — even holding the world record at one point. 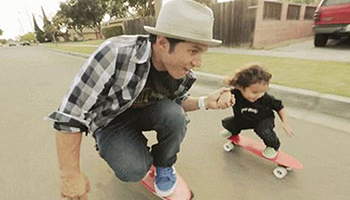 In 1984 he formed his own company, Hosoi Skates, first distributed through Skull Skates, then through NHS-INC, and his took off in popularity. When street skating began to emerge in the mid-to-late 80s, Hosoi proved a threat there as well, winning both the vert and street contests at the Lotte Cup contest in Japan in 1989. At one point he earned $350,000 a year, according to the Orange County Register.

But fame and finances weren’t enough, so he turned to drugs and partying. 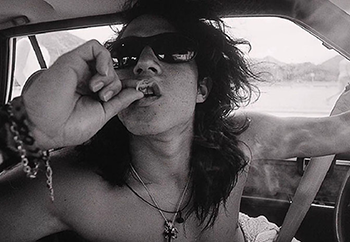 The recession of the 1990s hit his business bad, and his drug addiction grew. He skipped a court date in 1995 and, to avoid arrest , declined an invitation to the first X-games, which had been billed as the long-awaited rematch of Hosoi and Hawk.

He was running from the law.

The authorities caught up with him in January 2000 at the Honolulu airport. He carried 1.5 pounds of crystal methamphetamine from Los Angeles to Honolulu. Charged with drug trafficking, Hosoi was sentenced to 10 years in prison.

That’s when his then-girlfriend, Jennifer Lee, stopped doing drugs and got into Jesus. She encouraged Hosoi to trust God with his court appearances.

She continued to minister to him while he was in jail and encouraged him to read the Bible. He wasn’t interested but eventually found a Bible and settled in to read.

The story of David encouraging his son to serve the Lord struck him. 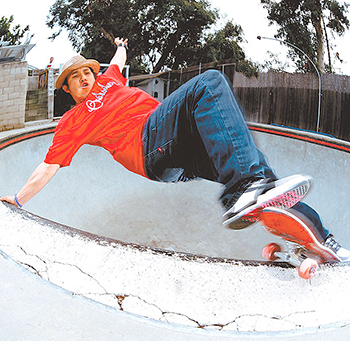 Hosoi realized that he executed a trick called “Jesus Air” — a maneuver in which the skater adopts a crucified position in the air — but he didn’t know Jesus.

Three weeks after starting his sentence, Hosoi was born-again.

“Being in the center of Jesus’ will is what makes me happy now,” Hosoi said. “Eternal life has nothing to do with me looking good. That won’t get me into heaven. It’s all about me loving God.”

He married Jennifer and settled in Huntington Beach. They have four kids: James, Rhythm (from a previous relationship), Classic and Endless. Yeah, skater names.

In 2005, Hosoi joined the pastoral staff at a Costa Mesa, California church, the Sanctuary, which is led by fellow skater and ex-addict Jay Haizlip.

Hosoi was the subject of the 2006 documentary film Rising Son – The Legend of Skateboarder Christian Hosoi that chronicled his initial success, drug addiction, and conversion to Christianity.

“It’s about hope and second chances,” Hosoi said. “I’m a pretty serious person. I’m serious about what I’m doing. Eternity is something you shouldn’t take too lightly.”