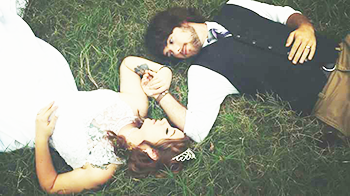 I was raised in church and I knew better. My parents took me every time the doors were open and I never doubted God’s existence. I was a good kid up until a certain point. I played with angels at four and was the first in the cold water to be baptized at five. I had Christian morals and values instilled in me but that slowly began to change. A rebellious spirit took over my heart.

I think what’s worse then not believing in God at all is rebelling against a God you KNOW exists. That’s exactly what I did and it began at an unbelievably early age.

At about the age of 10 I began to spiral downhill quickly. It was a snowball effect that picked up viciousness as it went. I experienced things in my childhood I shouldn’t have had to but that in no way condoned my ever-growing evil behavior. 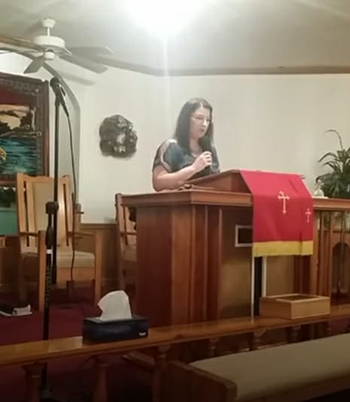 I was a bully verbally and physically to every child who crossed me. At one point I almost broke a young girl’s arm by slamming her into a wall and pushing her into the concrete. I then manipulated my teacher into not telling my parents but instead calling my grandmother by threatening to commit suicide. I knew my grandmother wouldn’t tell my parents if I asked and therefore I got off with minimal punishment. For a 10-year-old, this was disturbing behavior.

I lost friends almost overnight and began to feel alone. I allowed the loneliness I had caused to corrupt my heart and turn me cold. Before I even left elementary school and went into middle school, I already had a blackened heart.

In middle school I became Gothic and began wearing black. I dabbled in black magic, dark music and lesbian behavior. The kids in our school, aside from our very small circle, couldn’t stand to even sit beside me in class. The bully I once was in elementary school became bullied by the very same kids in middle school. The tables had turned and instead of owning up to my actions, I blamed them and allowed it to destroy me.

By 8th grade, my parents pulled me out to be home-schooled because I had become a danger to myself and others. For the next 6 years, I began the downhill decent into my evil and troubled life. I rebelled more and more against God doing everything I could to go against what I was taught. I had no true reason; I just had a rebellious spirit. 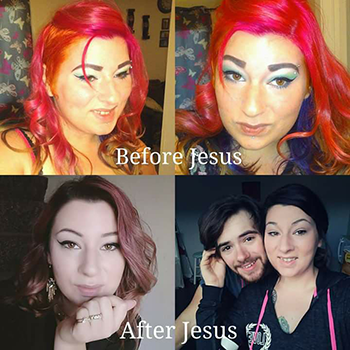 I became VERY promiscuous and about this time my addiction to drugs and alcohol began to take place. I cycled through men, friends, and couldn’t hold a steady relationship. At one point I married. He moved to Texas to join the Army, and after about 5 months in Texas I divorced him. This is the turn in my life where it went from bad to the worst it would ever get.

I got stuck in Texas in an abusive relationship while my divorce was being finalized. At this same time I was working at a huge nightclub where I served alcohol. My then-boyfriend was manipulative, physically abusive and emotionally damaging. My addiction to anything that would numb me became deeper. I would drink all the time, pop pills and at times do heavier drugs. I did this to not feel anything. Even at this point of my life, I still knew there was a God but I continued to rebel.

I was 950 miles away from my mom and dad and I had nothing to my name but a few dollars and clothes. At this point, the man I was dating broke up with me, leaving me stranded and even more utterly alone. I sunk deeper and deeper into this mess I had allowed to become my life.

At this point I drifted farther away from my family and began ignoring their phone calls. I became destructive and suicidal, and so it’s no surprise I became involved with a gang (whom I won’t mention for my safety and my family’s). I was dating someone who was a killer, an addict and a thief — someone who would steal and take a life to get anything and everything. Just being in his presence was a danger and being around his friends was a death sentence. I knew if I ever tried to leave or break up with him I would have to fight for my life. 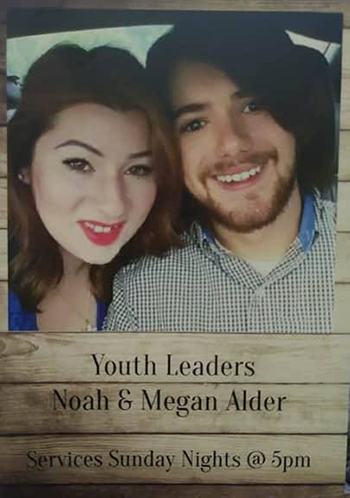 My mom and dad both would wake up from nightmares and call me leaving voice mails. They would beg me to come home, but I rebelled once again. How many times would God have to save me before I would come back to his feet and repent? Here is his Mercy wide open and I still would not accept. God tried over and over again for years, and I pushed him away time and time again. Not because I didn’t believe in him, but because I did and I didn’t want authority in my life. This is the true spirit of rebellion.

Finally, my dad loaded up the car and took the 950-mile trip to rescue me. I ended up back home, but it felt more like a prison sentence then freedom. I received threats and was scared of being pursued by my ex. However, miraculously God kept them from coming after me. After about a year, the threats finally stopped from him and his friends. Yet at home I was still in danger.

I had gotten into another abusive relationship. It seemed my taste in men was deadly.

It was as if I wanted to go against everything Jesus wanted for my life. I could go into more detail about it but it’s the same story throughout my life up until I was saved. I never stayed single, I never waited on the right man, I never got help and I chose to stay in sin. In return, I was beaten, manipulated, raped, damaged, abandoned and broken beyond what looked like no repair.

Looking back now I knew the devil had something to steal and he almost won, but God is UNDEFEATED!

I was worn out, scared and had nothing left to give or spend. I had hit rock bottom, and so I ended up at a church where I felt the Holy Spirit and where I ended up going more than to one service.

My goal was for God to fix him (the abusive boyfriend), but God’s plan was to remove him and fix me. I just wasn’t aware of this yet and so before long I found myself at the altar. It was funny because I had waited till the service had ended and went up to the pastor and whispered, “I wanna get saved”. I thought I had bypassed everyone seeing me because I was too prideful at this point to go to the altar during service.

However God’s sense of humor comes out here. The pastor didn’t release anyone from the church and instead had everyone go back to the altar with me and we all prayed together. That was the last time I will ever be saved. It was real and it was lasting but it took 22 years to get there.

Here I am two years later after being saved. I went through the sanctification process and it wasn’t easy nor a lot of fun. I had 22 years of misery and destruction for God to re-teach me and re-invest in me everything He needed to for me to answer God’s call. In the end it is so worth it to finally be set free and changed inside and out! Give in to conviction and change.

God sent me a husband who was at this same church. Wow what a blessing. Noah, this Godly man who had been saved for four years was to become mine. I couldn’t believe God would give me a good man finally.

Noah played the guitar and we met through music because we had it in common. I would sing and play rhythm and he would play lead. We began to talk and eventually date and now we are married.

God had a special calling on us both that didn’t fit where we were at that moment and so He moved us for a purpose. We both became youth pastors for Church of God where the Lord is moving and growing it. During this time the Lord began opening my eyes and calling me to preach. I knew I was always called to speak but never would I have thought I would be called to spread the gospel.

My husband and I now lead a ministry or project called Magdalene’s Fire. We aim to encourage and help women who have had similar pasts to me. I use my testimony to remind young women that God can reach down into the darkest pits and pull you out no matter how deep in bondage you are.

I have a Facebook page where I preach and post videos. I guess you could call it social media evangelism, but God has opened doors in the pulpit as well. I will be preaching my first sermon at a revival and I am delighted and honored!

My husband is my other half and helps me with everything. I always call him the man behind the curtain because he’s the brains behind it all. God really knew what He was doing when He put us two together and we both have a passion to see hearts transformed and lives changed! My life really is wonderful and God continues to bless and show us favor.

I say all this to point out God’s power! He is still the same yesterday, today, and forevermore. If he healed the blind, crippled, and cast demons out of people then he can and IS doing it today. I am a living miracle and proof of Gods holy power! No one is too far gone, no one is too far down for God to reach.

God wants you and He’s calling you. You have a purpose and a future in Jesus Christ. He wants to use you for great things. Let God come into your heart and life and transform you!

This article was edited by Mike Ashcraft, pastor of the Van Nuys Lighthouse Church.