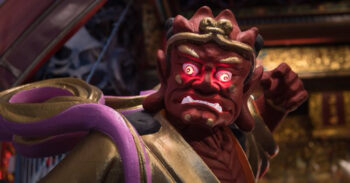 All eyes in the Nepalese rural church widened as a woman writhing on the floor wailed those terrifying words. I was standing next to Darshita* when she first collapsed onto the blue tarp minutes earlier. She was still at first and seemingly unconscious. Then, she appeared to have a seizure. Although Darshita only weighed about ninety pounds, she became a heavyweight as she writhed and wailed on the ground.

Almost immediately, the Holy Spirit led me to discern it was an evil spirit. I dropped my Moleskine notebook and pen and fell to my knees to pray in Jesus’s name for the demon to come out of her. The Lord brought to my mind the story in Luke when Jesus encountered Legion. There could be more than one demon, I thought. My prayers continued, but nothing happened. For a moment, doubt crept in and I wondered why my prayers weren’t working. I didn’t dwell on that. I knew my God was stronger than what was inside this woman. Others joined me in praying, but still, nothing happened. Then Darshita shrieked and thrashed about, then went limp. Several times she came out of the daze and looked at her hands as horror and despair consumed her.

Is Possession a Thing in the West?

Demon possession isn’t a subject that often comes up in Southern Baptist churches. It’s one of those bullet points under the spiritual warfare topic that seesaws between a conversation killer and an otherworldly fascination that seems too mystical to engage.

Although demon possession is a topic the US church usually skirts, it’s one that’s readily engaged by other cultures. In my time overseas, I’ve met witchdoctors, interviewed shamans, and sat cross-legged on a concrete floor with a woman who was previously possessed by a demon.

People in the East are quicker to recognize, acknowledge, and call out demon possession and spiritual activity than we typically do in the West. Hindus often attribute bad luck or circumstances to demonic activity. The Japanese light bonfires or lanterns to welcome and send spirits back to the land of the dead. Buddhists in Thailand keep a spirit house in their home and leave food or water to appease the spirits.

We in the West tend to reach for scientific rather than supernatural explanations when we encounter abnormal behavior or events. That’s not always a bad thing, but it does make possession, when and if it happens, less recognizable. However, chances are the people whom our missions teams go to serve have strong beliefs about or experiences with possessions. It’s important to make sure team members aren’t blindsided by this reality and will respond appropriately and biblically should they encounter it. Here are a few things you can do to prepare.

Arm Yourself with the Truth of the Gospel

Talk with the Missionaries Hosting Your Team

As young as two years old, when my family lived in East Asia, I had haunting nightmares that stole hours of sleep. So my parents prayed for God to claim the room, the night, and my dreams for Jesus. They asked God to banish anything not of him. We also prayed this in hotel rooms and host homes. I still do this as an adult. I encourage volunteers I work with to do the same wherever they stay.

“No evil can stand against the power of Jesus’ name.”

As a young girl, I could vividly feel the oppression when we’d pass the neighborhood Taoist temple. One time after a walk by the temple, I refused to come when called and obstinately covered my ears and closed my eyes when my mom tried to pray over me in Jesus’s name. My parents started singing worship songs as we passed to help soothe my agitation.

Scripture says that just saying the name of Jesus causes evil to flee (Luke 10:17). His name is our greatest weapon. That’s our go-to. No evil can stand against the power of his name.

Theologians and missiologists offer resources for further study and preparation. I recommend

We can rejoice that the power of God, at all times and in all instances, trumps evil.

Caroline Anderson is a writer with the IMB. She currently lives in Southeast Asia. Her childhood in Asia consisted of two important ingredients: braving hot chili peppers and telling people about Jesus.

Chloe Lewis is a documentary filmmaker who spent time living and working in Southeast Asia. She is now based out of North Carolina.