Tullian Tchividjian was one of the most promising young pastors and Christian leaders of his generation. At the relatively young age of 36, he was tapped to lead Coral Ridge Presbyterian Church in Fort Lauderdale, Florida, which had once drawn 7,000 attendees under it’s highly revered founder, D. James Kennedy.

He faced some headwinds in that position as he challenged the prevailing culture of the church and survived a battle by the old guard to remove him.

Tullian stabilized the congregation to some degree and attracted a national following, authoring a half dozen books about faith and current issues, including One Way Love and It is Finished.

But a series of infidelities “shipwrecked” his position of leadership. In 2015, he resigned from Coral Ridge after admitting to an extramarital affair. The following year, he was fired from a position at a different church, following the disclosure of a second affair that had predated his earlier indiscretion. He also lost his wife, Kim, as a result.

In a recent blog post he reflects on the damage caused by his actions.

“The truth is, I selfishly wrecked my life and the lives of many others. The consequences of my sins are omnipresent. There isn’t a day that goes by when I am not reminded, in some way, of what I’ve done and the damage I’ve caused,” he writes.

In his post, Tullian is remarkably candid about his condition. “I can tell you for sure: I am way worse than anyone knows. In fact, I am certain that if all my sins (thoughts, words, and deeds) over the last four decades were broadcast universally, the only person who would still love me is Jesus (and sometimes in my darkest moments of doubt and despair, I have wondered whether even he would).

“As Charles Spurgeon once said, ‘If any man thinks ill of you, do not be angry with him. For you are worse than he thinks you to be.’ This statement is painfully true.”

Tullian shared that he was in a bookstore and spied a book he had endorsed for another author. As he stared at his name on the back cover, he “was overcome with grief…my name, sticking out like a discrediting blemish on his hard work. I felt sick.

“At that moment I was reminded of the far reaching effects of my sin and how so many people I’ve never even met were hurt by me.”

“You see, God gifted me with a family to care for, people to love, a high calling, a life-giving message, and a large platform to shout it from—and I blew it. I blew it all when I had every reason (and opportunity) not to. And I alone am to blame for this. 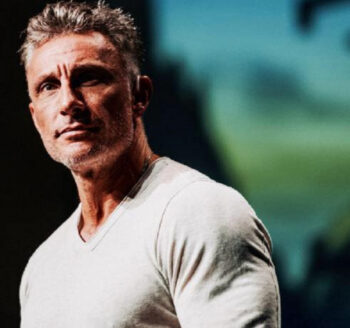 Tullian says that people have a right to be angry with him and to question his motives as he continues to have a presence on social media.

“But here’s what I know: there are a lot of people out there just like me.”

He invites people who have done bad, destructive, and hurtful things to “come along with me.”

“Come with me to your deepest bottom, and together, there, let us find hope and comfort and love and forgiveness and grace and mercy. Because the bad news that we are all guilty is met with the best news that God loves, forgives, and heals the broken hearts of guilty people. After all, God’s offer of grace IS at the end of our rope.

“Therefore, I want all of us, together, to discover that we can still have hope amidst the ruins of our lives because Jesus plus nothing still equals everything.”