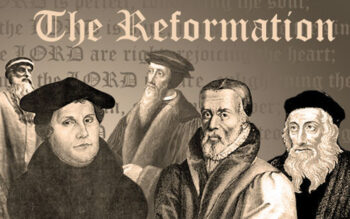 On the eve of the five hundredth anniversary of the Reformation, an important question must be asked and answered—is the Reformation over? After five long centuries, there have been many changes in theology, culture, and relationships. The question remains, however, is it possible for Protestants today to be both faithful to the gospel and be in sync with the Vatican?

The short answer: no.

While commonalities between Roman Catholics and Protestants do exist and should be celebrated, key issues that were at the heart of the controversy five hundred years ago continue today. Below are eleven important doctrines upon which we agree, followed by two critical teachings upon which there is still disagreement and that make continued separation necessary.

Eleven Doctrines upon Which Protestants and Roman Catholics Agree 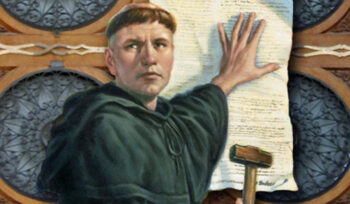 Despite this widespread agreement, however, at least two major differences still separate Catholics and Protestants.

Two Doctrines about Which Protestants and Roman Catholics Differ Significantly

One aspect is Scripture. The Catholic Bible is longer than that of Protestants because it includes the Apocrypha (seven additional writings in the Old Testament and longer versions of our Daniel and Esther). These additional books affirm purgatory and the importance of meriting salvation.

The second aspect of divine revelation is Tradition, the teachings that Jesus communicated orally to his apostles, who in turn communicated them orally to their successors, the bishops of the church. Tradition includes beliefs such as the immaculate conception of Mary (that she was conceived without sin) and her bodily assumption (at her death, her body was immediately raised into heaven).

The third source of authority is the Magisterium, the teaching office of the Catholic Church, consisting of the pope and the bishops. The Magisterium is responsible for deciding which writings belong in the Bible and what its proper interpretation is, and it defines the content of Tradition.

The Protestant principle, by contrast, is sola Scriptura: Scripture alone is our ultimate authority. As the Word of God, it is inspired, sufficient, necessary, clear, truthful, and life transforming. Our pastors have the responsibility of preaching and teaching the Bible and helping us understand and apply it rightly.

For example, the sacrament of baptism starts the process of infusing grace, and it is applied particularly to infants. Through this sacrament, the baby’s original sin is washed away, the child is born again, and incorporated into Christ and his Church. At about the age of ten, children go through the sacrament of confirmation, by which God’s grace through the fullness of the Holy Spirit renders them full-fledged members of the Church.

The sacrament of the Eucharist is believed to provide Catholics with the very presence of Christ himself. Through transubstantiation, the elements of communion (the consecrated bread and wine) become the actual body and blood of Christ. His sacrificial death on the cross is re-presented as the sacrament is celebrated, so God’s grace is infused through Christ’s real presence.

When a Catholic Church member commits a mortal sin (a very evil sin that is premeditated and void of all concern for God), she forfeits saving grace. Through the sacrament of penance, this grace is newly infused as she confesses her sins to a priest. The priest, in turn, pronounces forgiveness and affirms certain good deeds which must be done to satisfy God’s justice.

Altogether, there are seven sacraments in Catholicism (the other three not listed above are matrimony, anointing for the sick, and holy orders for priests). In contrast to a system of sacraments by which God’s grace is believed to be infused by priests, however, Protestants see that God justifies fallen sinners without any priestly or clerical mediation.

God’s saves sinners purely by his grace alone through faith alone in Christ alone. He declares us not guilty but righteous instead, not by infusing grace into us so as to transform us, but by imputing (crediting) Christ’s righteousness to our account. So, we stand completely holy in God’s sight, saved by him without our cooperative efforts, though we will certainly engage in good works out of a thankful, transformed heart.

“God saves sinners not by infusing grace into us so as to transform us, but by imputing (crediting) Christ’s righteousness to our account.”

The Impact of the Reformation on Missions

These two issues—authority and salvation—were at the heart of the controversy five hundred years ago. Because they continue to divide Catholic and Protestants today, the Reformation is not over. The takeaway for evangelism, and particularly for missions among predominantly Roman Catholic peoples, is seeing that highlighting these differences is not uncharitable. Of course, tact is needed when sharing the gospel with anyone. But it is absolutely critical for the gospel to be proclaimed with clarity. Otherwise, it cannot save.

May God use the gracious efforts of faithful, gospel-loving believers to break the chains of tradition that once bound Reformers like Martin Luther and still blind millions today. Five hundred years later, the truth of salvation in Christ alone, by grace alone, through faith alone, according to Scripture alone, and to the glory of God alone is a truth that must never be compromised. — IMB