Glen Campbell, the acclaimed pop-country singer, songwriter, and musician, who sold more than 45 million records and won four Grammys, had a turbulent spiritual journey before he overcame his demons.

During the height of his career he hosted The Glen Campbell Goodtime Hour on CBS television, from 1969 to 1972. He amassed 12 gold albums, four platinum albums, and one double-platinum album.

He is best known for hits that include “Gentle on My Mind”, “By the Time I Get to Phoenix”, “Wichita Lineman”, “Galveston”, “Rhinestone Cowboy”, and “Southern Nights”.

“I’m not a country singer per se, I’m a country boy who sings,” Campbell once told an interviewer.

He also had a turbulent personal life with three failed marriages, partly due to his battle with alcohol and cocaine addiction.

He was a farm boy who grew up in Billstown, Arkansas, the son of a sharecropper named after Christian historical giant John Wesley. Glen was the seventh of 12 children.

Campbell started playing guitar at four-years-old after his uncle Boo bought him a five-dollar guitar from Sears. He practiced guitar when he wasn’t working in the cotton fields.

His parents were devout members of the Church of Christ and raised their children in the faith. The first song he remembered singing as a child was “Where Can I Go, but to the Lord?” The second one he could recall was Amazing Grace.”

When Campbell’s career began to gain traction he struck a deal with himself. “I guess each one of us…has a personal, somewhat secret, ambition that he hopes someday to fulfill. My own goal had its beginning years ago when my career was just starting to flourish. I promised myself that if all went well I would record an inspirational album in which I chose all the selections myself,” he told Cross Rhythm in 1990.

But before he recorded his gospel album, he experienced the highest highs and lowest lows that stardom can bring.

After his third failed marriage he jumped into a steamy affair with country singer Tanya Tucker that was splashed all over the tabloids and ended badly.

In 1981 he met a dancer with the Rockettes at Radio City Music Hall who was 22-years younger than Campbell. Campbell was instantly smitten with Kimberly Woolen, who also happened to be a Christian.

“I guess they’re right when they say love is blind,” Kimberly told Guideposts Magazine in 1994. “I was 22 when I met Glen, and naive. I was proud of my career yet rarely a moment went by when I wasn’t terribly homesick for my family back in North Carolina. ‘Lord,’ I prayed, ‘please send me a nice southern gentleman to take me away from it all!’” Then she met Campbell.

He was still battling his demons. “I knew after our first date that Glen drank. And I found out later that he sometimes used cocaine. This bothered me, but Glen promised he would quit,” she told Guideposts.

Foolishly, she thought she could change him. “Glen told me he was a Christian, and I’d seen him pray. I believed that settling down into a marriage would make his problems go away,” she recounted.

The drug addiction had a grip on his soul, but Glen continued to sense God’s call to return to the Father’s house. “It was during the 1970s that I had begun using cocaine, and I became addicted almost immediately,” he told Guideposts in the same interview. “This may sound strange, but the worse my drinking and drugging became, the more I prayed and studied the Bible.”

He wrestled with his double-mindedness. “Some would say I was a hypocrite, and I guess I couldn’t blame them. But I felt like a drowning man grasping for a life preserver. Somehow I knew there was only one way out of the mess I had made of my life. I was searching for that truth to save me. 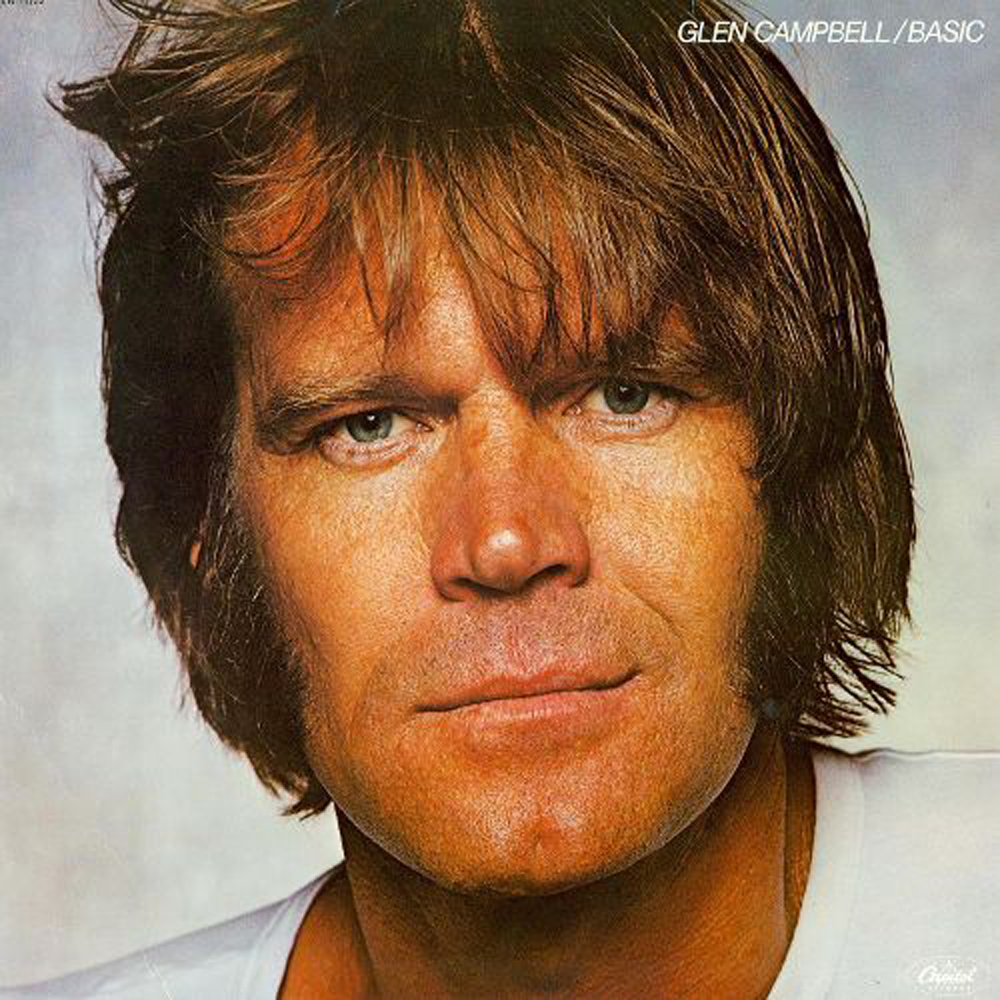 In 1981, a year before Glen and Kim married, he asked his brother Lindell, a Church of Christ preacher, to baptize the two of them.

“It was freezing cold, four days before Christmas, but I wanted to be baptized like the Christians of old—fully immersed. I stripped down to my blue jeans and waded into Saline Creek, my childhood swimming hole,” he told Guideposts.

Afterward, he and Kim sat in his brother’s truck, shivering under layers of blankets and Glen sang “Oh Happy Day.”

Early in the marriage, Kim was struck by the contradictions in Glen’s behavior. “God had indeed sent me a southern gentleman. I never knew a kinder man or better father than Glen—when he was sober. When he drank there was no telling what kind of mood he might be in.”

She tried to keep alcohol away from the house. She stopped drinking, even though she never had a problem with it.

Glen promised Kim he would stop. There were periods of sobriety, but then he would start again with a glass of wine at dinner or a beer on the golf course.

“I was angry and frustrated,” Kim confessed to Guideposts. “Why wasn’t God answering my prayers? Glen and I had joined the North Phoenix Baptist Church when we got married, and I learned to lean on my church family for support. I asked for prayers whenever Glen was drinking, though he didn’t know that.

Finally Kim came to the realization that she could never change him. “I was as powerless over my husband’s drinking as he was. Only God had the power to change my husband,” she acknowledged.

Things went from bad to worse. “I had promised Kim that cocaine would not be part of our marriage. I tried and prayed, but I didn’t keep that promise. One night shortly after our first child, Cal, was born, some musician friends were in town, and I stayed up till dawn doing cocaine with them,” he said.

When he got home Kim was heartbroken and desperate. He feared she would take their baby and leave.

“As I had done so many times before, I begged the Lord to deliver me. I don’t understand why, but that day it was as if Jesus reached down and pulled my hand back from the cocaine. I never touched the drug again.”

Glen’s drinking continued, however, and got worse. Kim kept praying for increased faith and perseverance to wait on God’s timetable for deliverance.

One night Glen stayed late at the golf club, playing cards after a round of golf. He failed to make it home for dinner.

Outraged, Kim – with baby in tow – drove to the club.

“I stormed into the Men’s Grill, where women were not allowed, and there was Glen with a drink in his hand. I couldn’t believe that this was the same man who stood beside me in church on Sunday and sang praise so beautifully! I went up to him and thrust Ashley into his arms.

While the shocked men were laughing and cooing over the baby, Kim burst into sobs and locked herself in the restroom. Glen came home immediately.

“Sometimes Glen didn’t even make it to bed; I would find him passed out in the bathtub,” she recounted to Guideposts. “Kim persisted in prayer, believing by faith in Jesus’ power to transform her husband. He was often “passed-out drunk” five nights a week.

“I was stubborn. Glen was too good a man to give up on. He read his Bible nearly every day. I knew there was spiritual warfare going on inside my husband.”

In August 1986 Campbell was in Hawaii for a series of concerts with the Royal Philharmonic Orchestra. After one of the shows he went out for drinks with friends and awakened the next morning with the worst hangover of his life.

Rays of light were flowing through the curtains as Campbell fell out of bed and on to his knees. A spirit of repentance came over him. “Lord,” he prayed, “get me off this stuff. Help me find a way.”

“This time I wanted to surrender everything to Christ—my pain, my drinking, my whole life,” he said.

His heartfelt plea was answered! “I don’t understand the mystery of why he chose that moment to save me—but he reached into my life and took up the burden.”

He savored a newfound freedom and victory over sin. “When God lifted my obsession for alcohol it was as if he raised the curtain on a whole new life. He changed me in ways I never could have changed myself, and that is the key. Kim and I have a real marriage now, an honest marriage.”

“Today I truly have a peace ‘which passeth all understanding.’ I really don’t understand it. But I thank the Lord all the time. I am a man richly blessed, despite myself. For all that God has given me, there is nothing for which I am more thankful than Kim.”

“I feel as if I’ve found a Father again. He is in heaven and I am his boy.”

Campbell passed into the arms of his Savior August 8, 2017 due to complications of Alzheimer’s disease. He was 81. 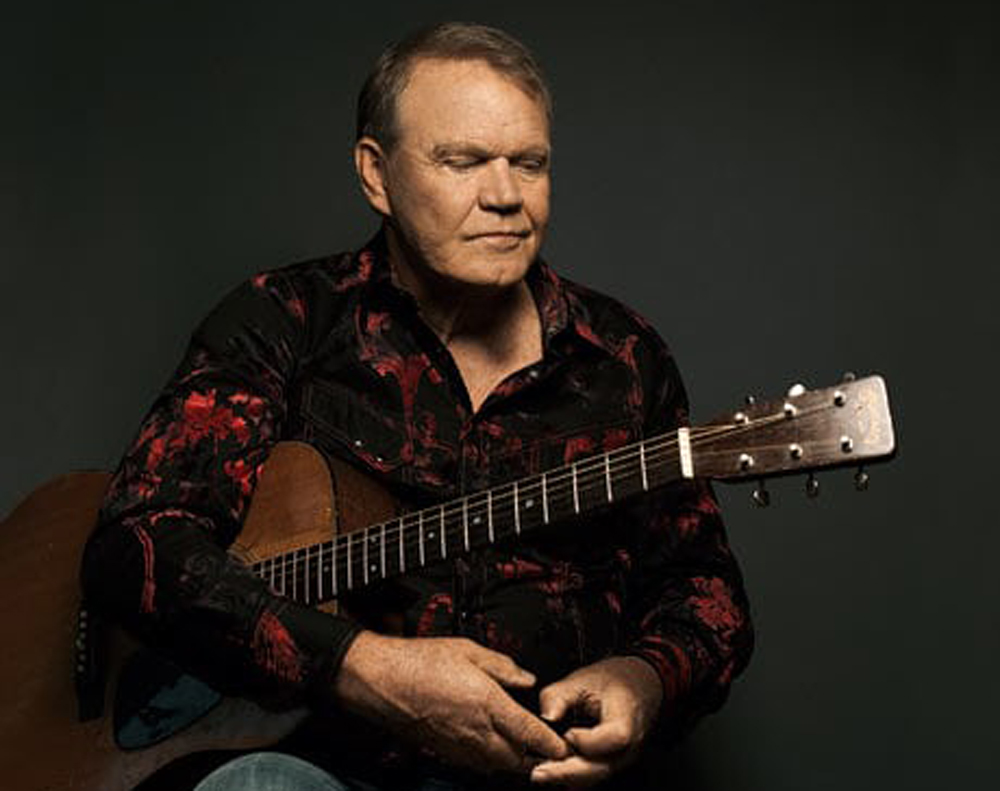